How to move all your content from Google Play Music to YouTube Music: lists, songs, favorites and more

After the music release that YouTube Music is going to receive from Google Play Music, there was a great question to resolve: when would the official tool be available for a move all content from one platform to the other? Well, this tool begins to be available to all users. And it is very easy to use.

Google is a company that likes to maintain several almost identical services, which is why Play Music and YouTube Music have lived together for so long. But everything has a limit, as confirmed by Google itself: there can only be one. And the chosen one was the most recent platform, YouTube Music: all Play Music subscribers will switch to the YouTube music version. Same price, an identical music catalogue, the addition of music videos and the option to move all Play Music content with a simple tool.

Everything you have on Play Music is moved to YouTube Music 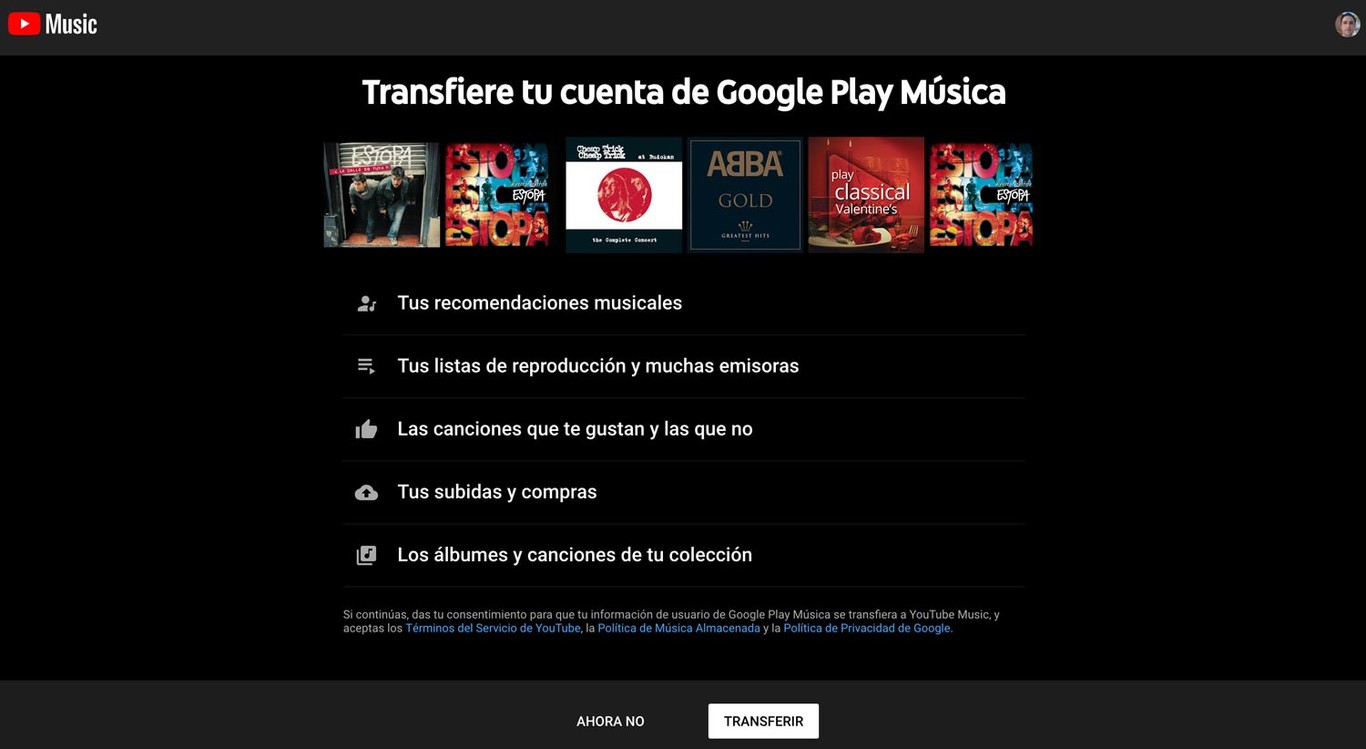 Google has decided to end the music platform that bears his name, a platform that has innovated in some respects. One of them was the possibility of uploading the entire music library to the platform in order to listen to it on any device or be able to download it, an option that YouTube Music also won. This second platform inherits the experience of its predecessor and allows all Play Music subscribers to move all of their account content.

The option has been expected since Google announced it weeks ago. The content transfer was a promised feature, even Google offered a form to speed up the process of integrating it into the user account. And finally, it has arrived, we have been able to verify it in the first person.

To move the content from Google Play Music to YouTube Music you must perform the following process: 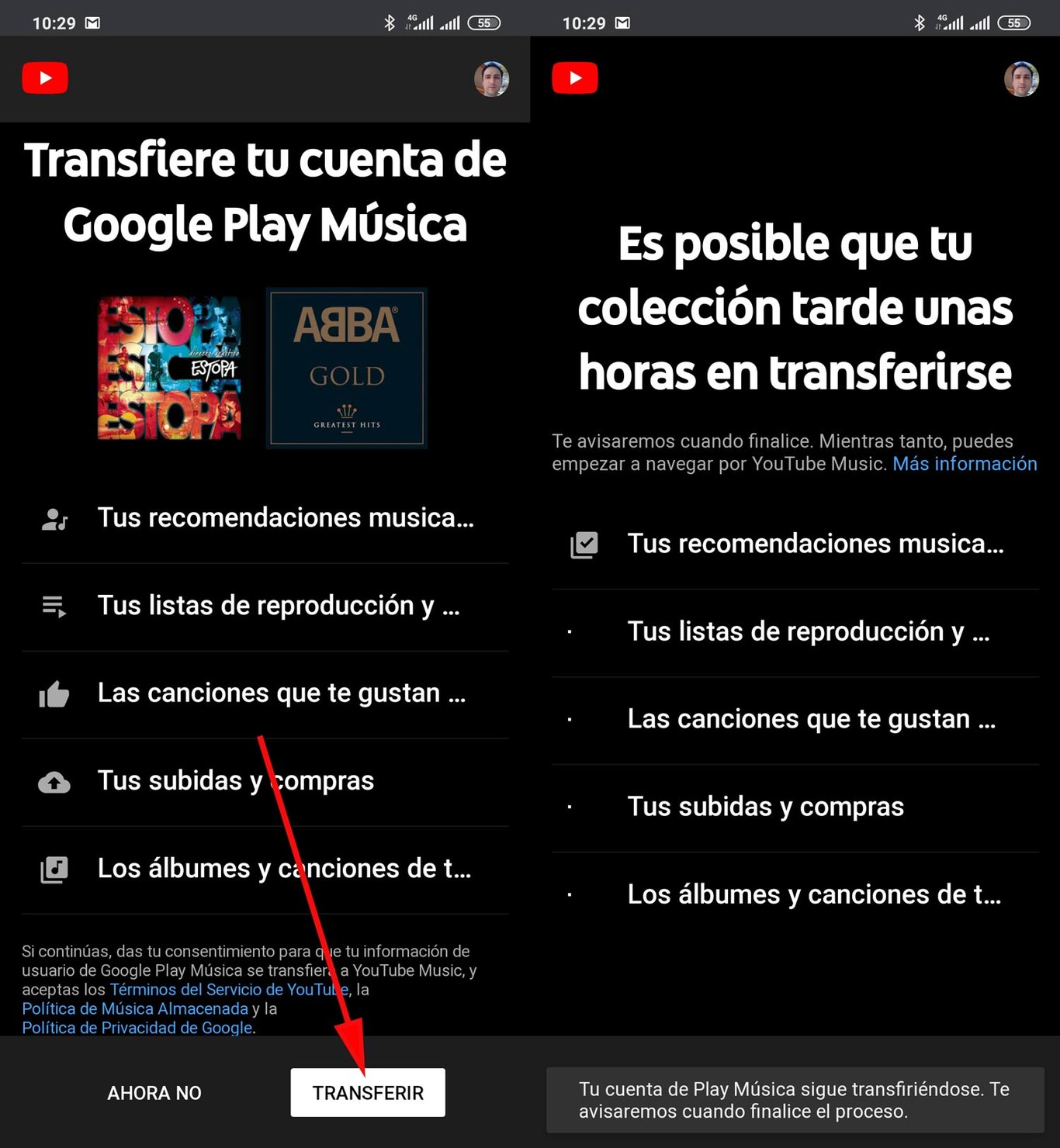 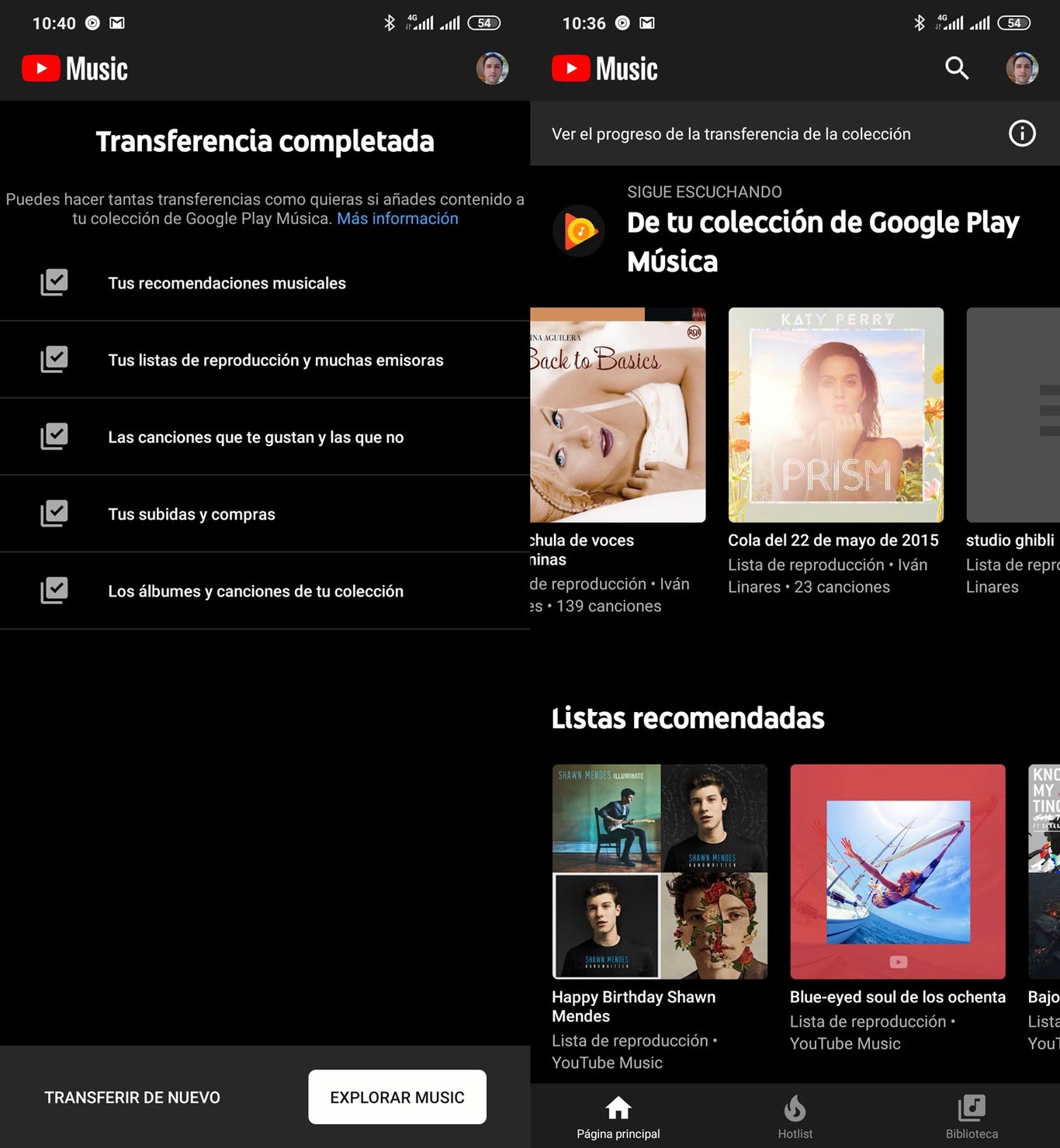 The process shouldn’t take too long: once it’s complete you’ll have everything from Google Play Music to YouTube Music; apart from the content you already have on the YouTube music platform. If you still do not see the option to transfer on the web, you will have to wait a bit: Google is progressively activating it for all users.