TechSmartAerezona Developers
HomeTech NewsArtificial IntelligenceThe latest from IBM is an electronic language by AI that is...

Big companies are making advances of all kinds in the promising field of artificial intelligence (AI). From reverse rendering to convert 2D images into 3D objects from Nvidia to a real-time translator for 200 Meta languages. IBM has focused part of its efforts on developing innovations related to chemical senseslike that of taste.

The American giant, through IBM Research, which is the world’s largest industrial research division, has spent several years trying to develop a small and affordable electronic device capable of detecting and analyzing chemical compounds in liquids, and has finally done so. achieved. It’s about “Hypertaste”.

An electronic tongue by AI

IBM explains that it took as an example for its research the functioning of the human sense of taste, but found that imitating the functioning of this was not an easy thing. The reason for this is that it is a system of enormous complexity. governed by various physical-chemical processes which are very difficult to analyze. 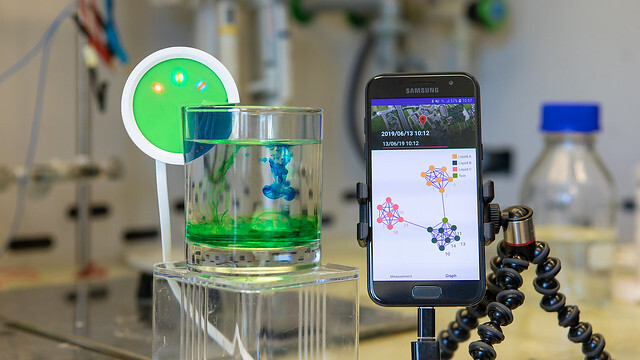 Liquids contain different molecules and the combination of all of them is what allows us to distinguish and classify them. On this basis, the development team thought it was a good idea to use a series of multi-sensitive electrochemical sensors made up of pairs of electrodes to detect them, and they were right.

They already had the necessary hardware to collect enough data from the molecules of the liquids to be able to analyze them together. The next step was to include in the process a machine learning algorithm which was in charge of comparing the characteristics of the liquid with a database of known substances.

As you might imagine, the algorithm compared the data and identified which liquids in the database were similar to the ones under investigation. Once there was a match, the researchers could look up the details of the chemical composition of the liquid in question.

The hardest part was not developing the hardware for this electronic language, but train the algorithm. IBM did this by measuring the response of the sensor array in liquids multiple times and then feeding the resulting data into a machine learning model that extracts the features associated with each liquid.

The research team has now succeeded in simplifying this chemical detection and analysis solution into a small electronic device called “Hypertaste”. The data collected by it is sent to the cloud and, after the work of the machine learning algorithm, reaches the user through a mobile application.

So far, the capacity of this electronic tongue has been successfully tested in different types of water, fruit juices, wines and coffee. He has even been able to identify counterfeit alcohol. Based on this, the company believes that Hypertaste could be used to detect altered products, control the quality of beverages and, on an industrial scale, develop new flavors.

For now, IBM Research will continue working to study improving this solution powered by artificial intelligence, so we will still have to wait a bit for a possible commercial deployment.

In Xataka | Mobile phones with batteries that last a week: IBM and Samsung promise a breakthrough never seen in transistor design