Premieres arriving at Filmin in July 2022: series, movies and documentaries

The platform filmin which is different from the rest of the important ones in Spain due to the type of content it offers, has already announced all the options it plans to launch in July 2022. We tell you the best that can be enjoyed in this service in which there is no lack of quality series and movies and with the most differential themes.

Among the series, possibly the most striking premiere occurs on July 5, when you can enjoy Dough. A curious creation that shows how people’s paths can cross in the most unexpected way. And, if there is money involved, things can become very complicated and end up putting the lives of everyone around them at stake. A curious topic quite well treated in this Swedish fiction, where keeping up appearances makes things not go as they should and everything ends up going wrong.

If what you want to see is a good movie, the most striking thing you will find in Filmin this July 2022 is The execution. A police feature film in which you try to arrest and convict a serial killer who has superlative intelligence. Interesting to see how the relationship between the police and the potential suspect changes irremediably. It opens on July 15, and it is one of those creations that are surprising because it has you hooked in front of the television.

we leave you the list of all the contents that the VOD service plans to add to its extensive and different database which, for many, has a higher quality than any of the other platforms that can be contracted in our country. They are the following possibilities that, surely, convince you and make you spend more than a good time in front of the TV in the living room or wherever you go on vacation: 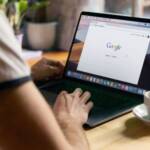 Google Chrome finally allows you to save the groups of tabs you use, do you know how?