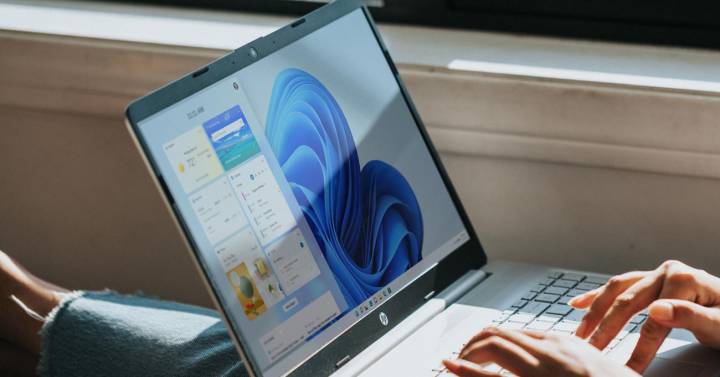 If you are one of those who use Windows 11 and you come from the previous version of Microsoft’s operating system, surely you have noticed that the Taskbar is missing some functions that were quite useful. This is not to the taste of many, who have not stopped complaining for this reason. And, it seems, those of Redmond have decided to return two options to change the opinion. One of the big reasons for the change in Windows 11 is that the Toolbar has been redesigned from scratch, since the previous one was thought that it was not enough for much more and that the house had to start from the foundations. And, of course, some things were not present, which for many was a fiasco – and they were absolutely right, it must be said. In addition, this is exactly what has made the idea of ​​incorporating functions, new and old, not be as fast as it should be. Luckily, a change is beginning to be glimpsed in all this. Two new functions arrive in the Windows 11 area bar So that hardly anyone misses the use of Windows 10, which must be said to be a stable and very effective operating system, the North American firm has managed to bring the element we talked about a couple of times. of options that surely can be important for many. An example of what we say is that the clock is to be allowed to display seconds if desired. This may seem unimportant, but for those who work with restricted hours due to the execution of projects or the like, it is vital. The other feature is called in the OS as Never Merge Taskbar Buttons. This, which was already part of Microsoft development since the launch of Windows 7. What this function allows is not allowing an application under an existing icon. If that happens, you may have access problems and, therefore, we are talking about an addition that is as useful as it is functional. Consequently, a hit. When will the launch of these news for everyone? Well, as has been known, Windows 11 testers are already checking whether the operation of these new ways of using the taskbar is adequate. As it does not seem to be something complicated because we are talking about inherited behaviors -of which there is already a lot of information regarding integration into the operating system-, it is not crazy to think that in just one or two months you can have these functions such as updating in the computer. By the way, one of the top managers of Microsoft (Tali Roth), has indicated that this does not mean that the rest of the missing options will also arrive. And, the truth is that it is logical considering the field of evolution. >