TechSmartHow smart tech is changing life
HomeMobileAndroidNew Huawei Nova Y90: with 4G and a lot of battery in...

New Huawei Nova Y90: with 4G and a lot of battery in a mobile that still keeps many secrets

After presenting the huawei Nova Y70 and Y70 Plus, today we are witnessing the announcement of a new terminal in this ‘Nova’ series, which is the mid-range Huawei phones. This terminal has also been presented in a particular way, since it has not been announced at an event or anything similar and it has been through the Huawei website that it has been known.

Among the highlights of this device is its battery and screen, the first standing out for its 5,000 mAh capacity and the second for having a 90 Hz refresh rate, despite its IPS-LCD technology. Although, yes, its main cut comes in the main chip, a Snapdragon 680 with 4G connectivity. 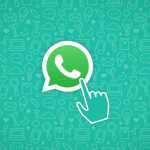 A ‘Mate 30’ design, although with less premium materials

The Huawei Mate 30 Pro will be remembered, in addition to being an excellent terminal, for being Huawei’s first without incorporating Google services. And also for its curious rear design with a circular chamber encapsulation that other terminals like this Huawei Nova Y90 have inherited, although with materials that aim to be less premium as it is a lower range.

Beyond that particularity on the back, this device is available in four different colors: crystal blue, pearl white, emerald green and midnight black. On the front we find full prominence of its 6.7 inch screen, aesthetics that only breaks the small hole in the screen at the top where the front camera is housed. That and somewhat more pronounced bezels at the bottom, very much on par with other terminals in this range.

A very fair performance, good battery and the great doubt of the software

If we talk about performance, its Qualcomm 4G chip aims to be pretty average. We have already verified it in devices such as the Realme 9 4G, which although they do not shoot badly, greater power is missing. In the same way, 5G connectivity is missing, although it is a thorny issue due to the limitations that Huawei currently has and it does not seem catastrophic either when talking about a model that aims to be between the entry-level and the mid-range.

If its battery is worthy of note for good and it is that, at least on paper, aims to be a device with good autonomy. Its 40 W fast charge is not the most striking thing there is and more so given such a large capacity. However, there are worse cases in this aspect even in very high-end mobiles, so it is not something to blame either.

In cameras, a 50-megapixel main lens stands out, although it is weak in the choice of its two accompanying lenses.

It also looks like it will have a correct photographic performance this Huawei Nova Y90 with its rather bare front camera of just 8 megapixels and f/2.0 aperture. In the rear we find something better with the main 50 megapixels and f / 1.8 aperture. However, the two lenses that we find on the back seem insufficient to capture quality results, with a macro and a depth sensor with identical characteristics, 2 megapixels and f/2.4 aperture.

opens a sea ​​of ​​doubts with the softwareas Huawei at the moment only specifies the customization layer of EMUI 12. However, it is not specified which version of Android or Harmony OS it is based on.

Versions and prices of the Huawei Nova Y90

As we said before, this device has not been officially presented and its price has not been detailed either. Appearing only on the Huawei website in some regions, we intuit that it will be launched first in the Asian market, leaving in doubt if and when it will arrive in Spain. What is clear is that, based on its specifications, only one configuration will be offered of memories, being able to choose between its four colors.