By very little but Xiaomi took the first place from Apple in the smartwatch market. Huawei, Fitbit and Samsung complete the list. According to CanalysThis is because those in Beijing launched a new model this quarter. Those from Cupertino are about to surprise us with a new model.

Xiaomi achieved what many did not believe, surpass Apple in smart watches 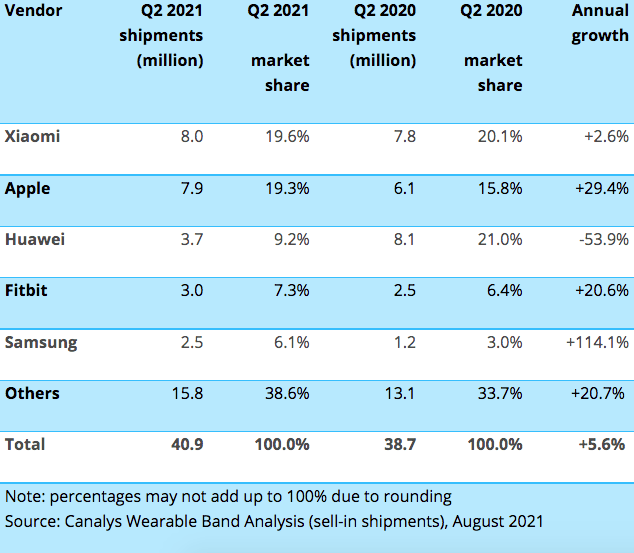 The figure is 8 million smartwatches by Xiaomi. Apple posted 7.9 million. The Mi Band Smart 6 was the specific reason that Xiaomi won this quarter. The novelties of this product were attractive, in addition to the fact that the launch occurred very quickly on a global level. Canalys indicates that it could have surpassed Apple by more sales, it was not because India was not within the initial global launch countries.

There is something in which Apple continues to outperform all manufacturers. There is a sector called “basic bands” when it comes to low-end models of smart watches and another premium sector dedicated to the more sophisticated watches. Apple leads the latter with a market share of 31.1%. Huawei occupies the second place with 9% while the Beijing brand registers 5.7% positioning itself in the third position. 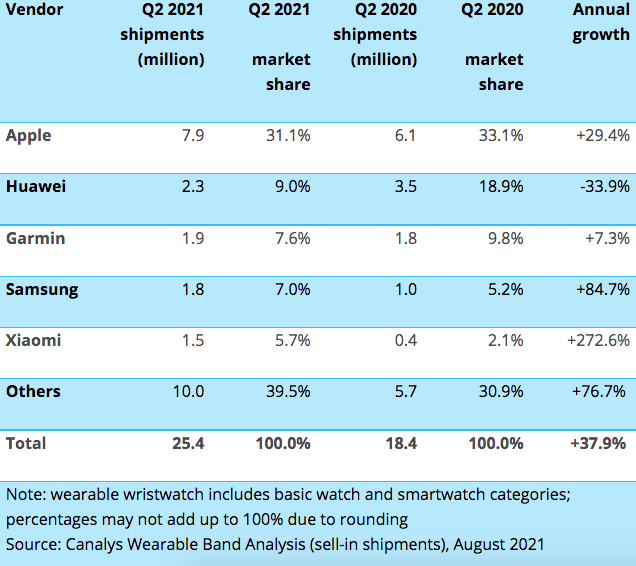 Things could change next quarter, not only because of the launch of the Apple Watch Series 7. Smartwatch sales continue to advance and exciting times of sales and festivities such as Christmas and New Years are coming.

Apple has a competitive advantage that is hard to beat

Canalys Research Director Jason Low explains that different smartwatch vendors are looking to make a generational leap when it comes to technology. User experience and battery life are critical. However, health tracking is the most prominent use case. So it underscores that the ability to offer health-related tracking features, as well as meaningful data and insights, are what distinguish winners from losers.

LG and its giant screens up to 325 inches

How can I see who has read my message in a Telegram group?

LG and its giant screens up to 325 inches

How can I see who has read my message in a Telegram group?

Brian Adam - September 19, 2021 0
© voonze.com 2021 All rights reserved.
We use cookies to ensure that we give you the best experience on our website. If you continue to use this site we will assume that you are happy with it.OkPrivacy policy