Home Mobile Android Xiaomi Redmi Note 11, analysis: the heir to the throne of the...

The Redmi family has been dominating Xiaomi’s mid-range almost since the first model: The Note are the representatives of the good, beautiful and cheap mobile. But what about the latest model, the Xiaomi Redmi Note 1? The three “BBB” are still in harmony, although their relationship is not as strong as before.

The Xiaomi Redmi Note 11 is preceded by the popularity of its older brothers. Heir to a generation of champions, with 11 the family takes a leap forward in such key components as the screen; offering power on paper despite the fact that in practice the layer subtracts a lot of optimization. Let’s see what it has offered us during the analysis.

Nice design and a screen that stands out from the average 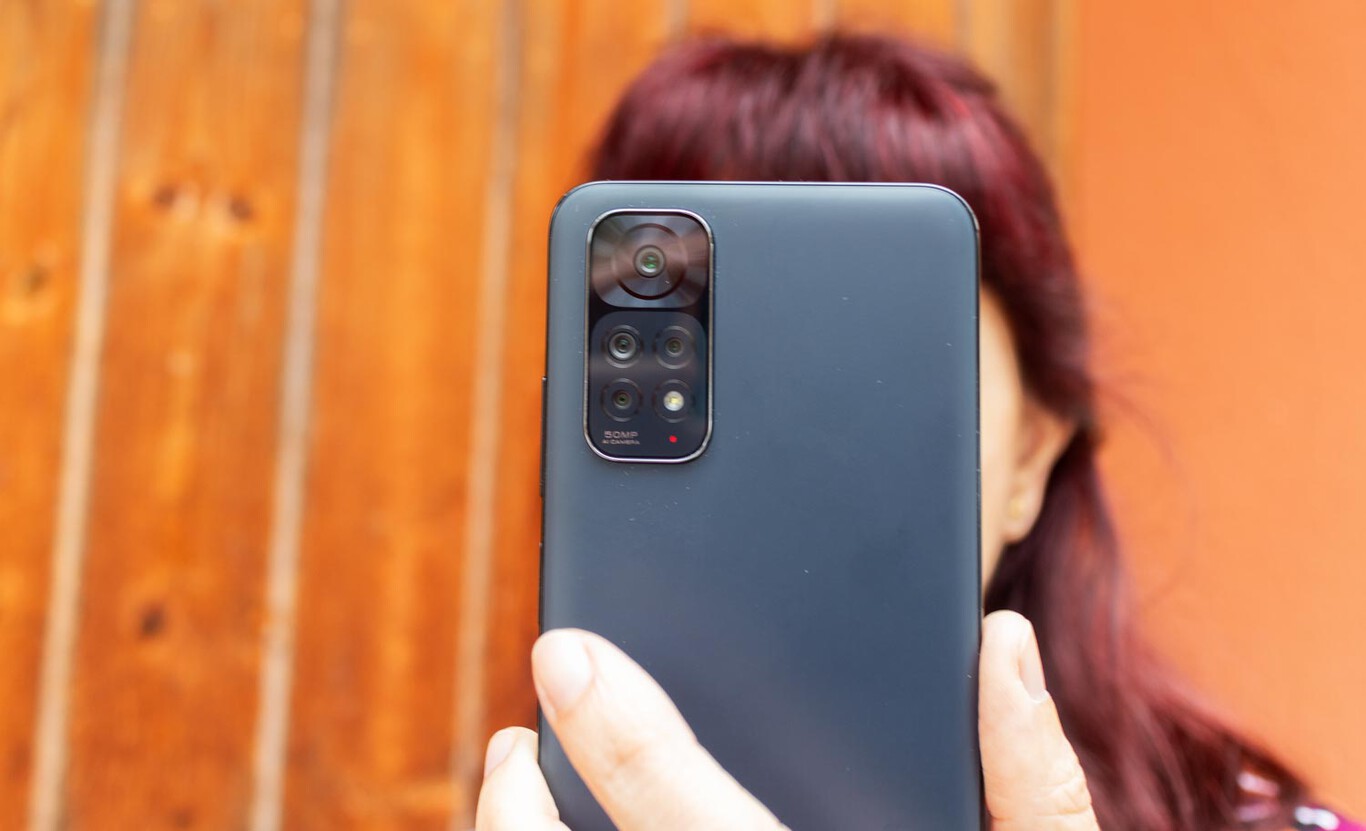 Xiaomi points the phone to the most sought-after mid-range, the one that is around 200 euros. The materials used denote this range without the Redmi Note 11 looking poor quality, quite the contrary: its touch is pleasant, the plastic reduces slips when gripping it (it doesn’t get too big or too heavy) and the back even repels fingerprints. Our mobile in black looks clean even after handling it.

Xiaomi keeps the buttons accessible on the side of the phone with a power button that, by including the fingerprint reader, (capacitive), not adequately distinguished by touch. The Redmi Note 11 offers a double stereo speaker with output on the upper and lower edges, it does not dispense with the headphone jack and even offers an infrared emitter. Its rear rectangular module protrudes a little more than a millimeter from the body without excessively decompensating the mobile when supporting it.

The front is used well enough despite the frames and the lower “chin”. This is where the mobile stands out for one of the key components: its 6.43-inch AMOLED screen. Very good vision, calibrated without saturations as standard, allows a minimum level of customization, offers up to 90 Hz refresh rate, its maximum brightness is sufficient outdoors (although it misses a little more) and the response to the touch is good. We have noticed certain problems in vertical scrolling, even with 90 Hz active: the scroll tends to “scratch” slightly. 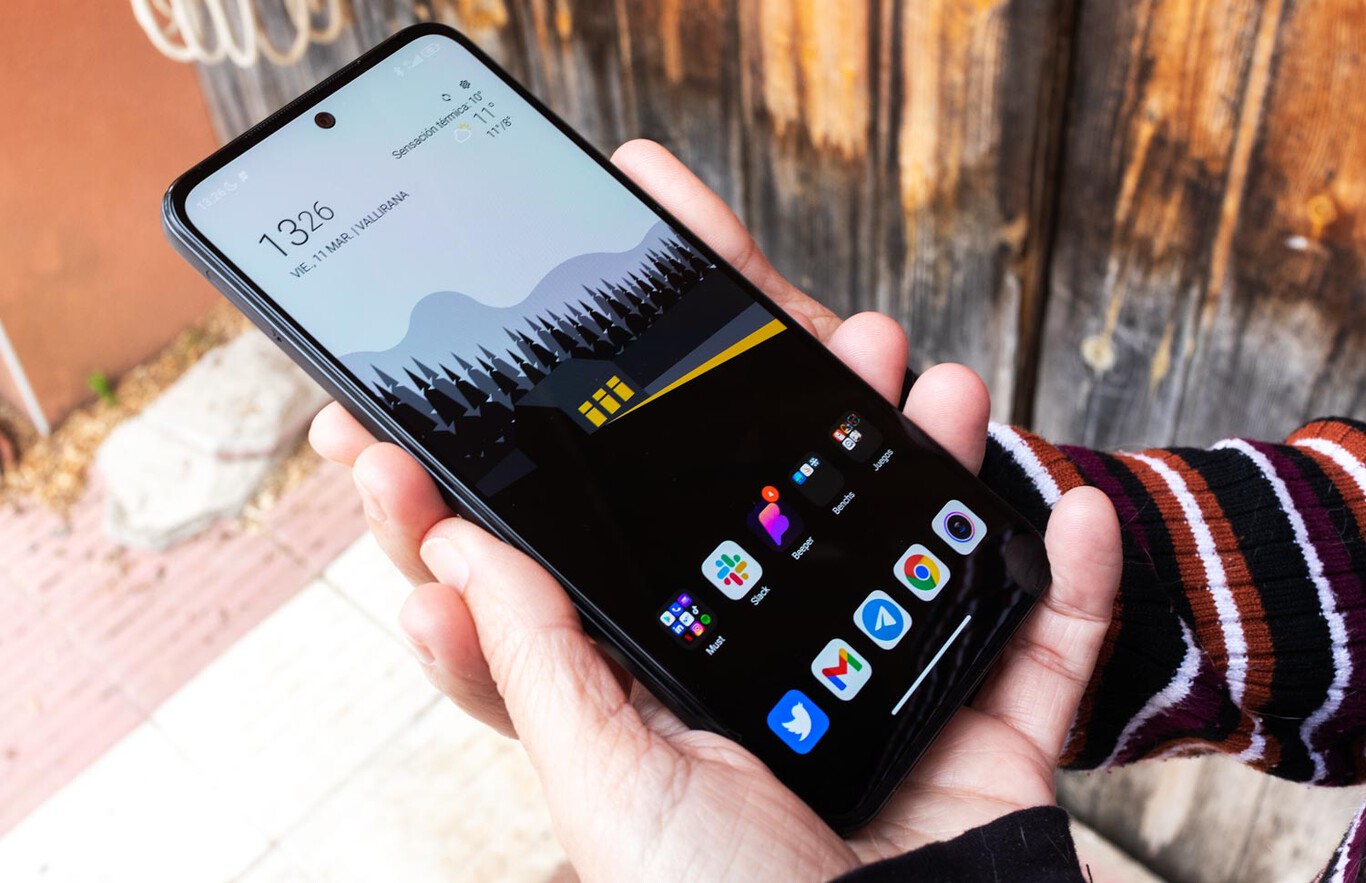 The sound is at a very good level for the range to which the Xiaomi Redmi Note 11 belongs: apart from the always welcome double stereo speaker (very loud sound with shrillness at high volume), the mobile allows you to listen to the audio with wired headphones (the quality is more than decent) and with Bluetooth (compatible with a very wide selection of codecs, positive minidot). It may not be the best phone for audiophiles, but yes, it is enough and there is plenty for those who want to enjoy their music without disturbing anyone (even annoying, that the stereo speakers sound loud). 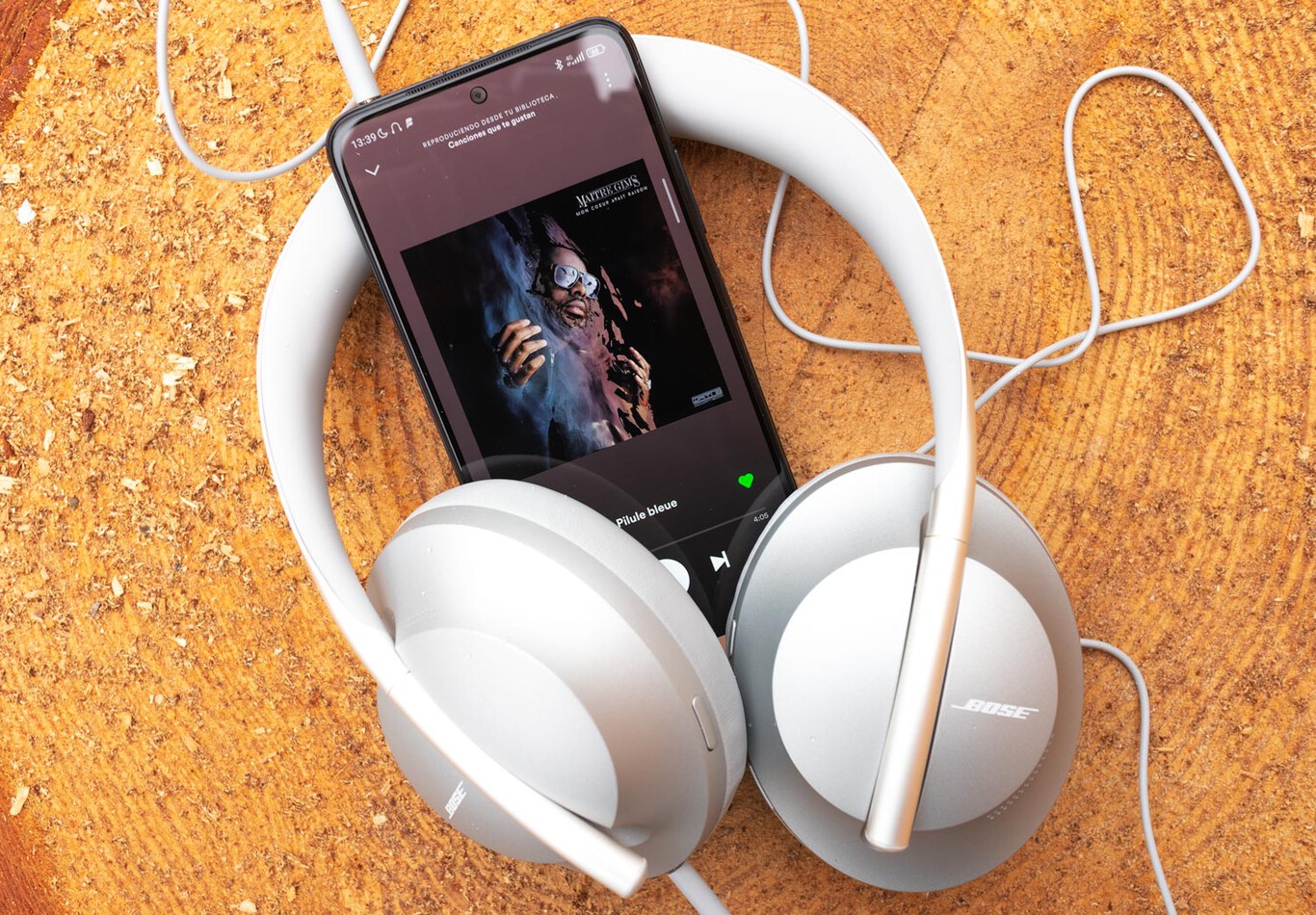 Finally, we will dedicate a brief paragraph to the fingerprint reader. We haven’t found them overly reliable: it fails too often. It contributes to this that the reader hardly protrudes from the body of the phone, it is difficult to find the exact unlocking point. This is solved with the included transparent cover (as an extra, the Xiaomi Redmi Note 11 even comes with a screen protector without installing it, another positive point). 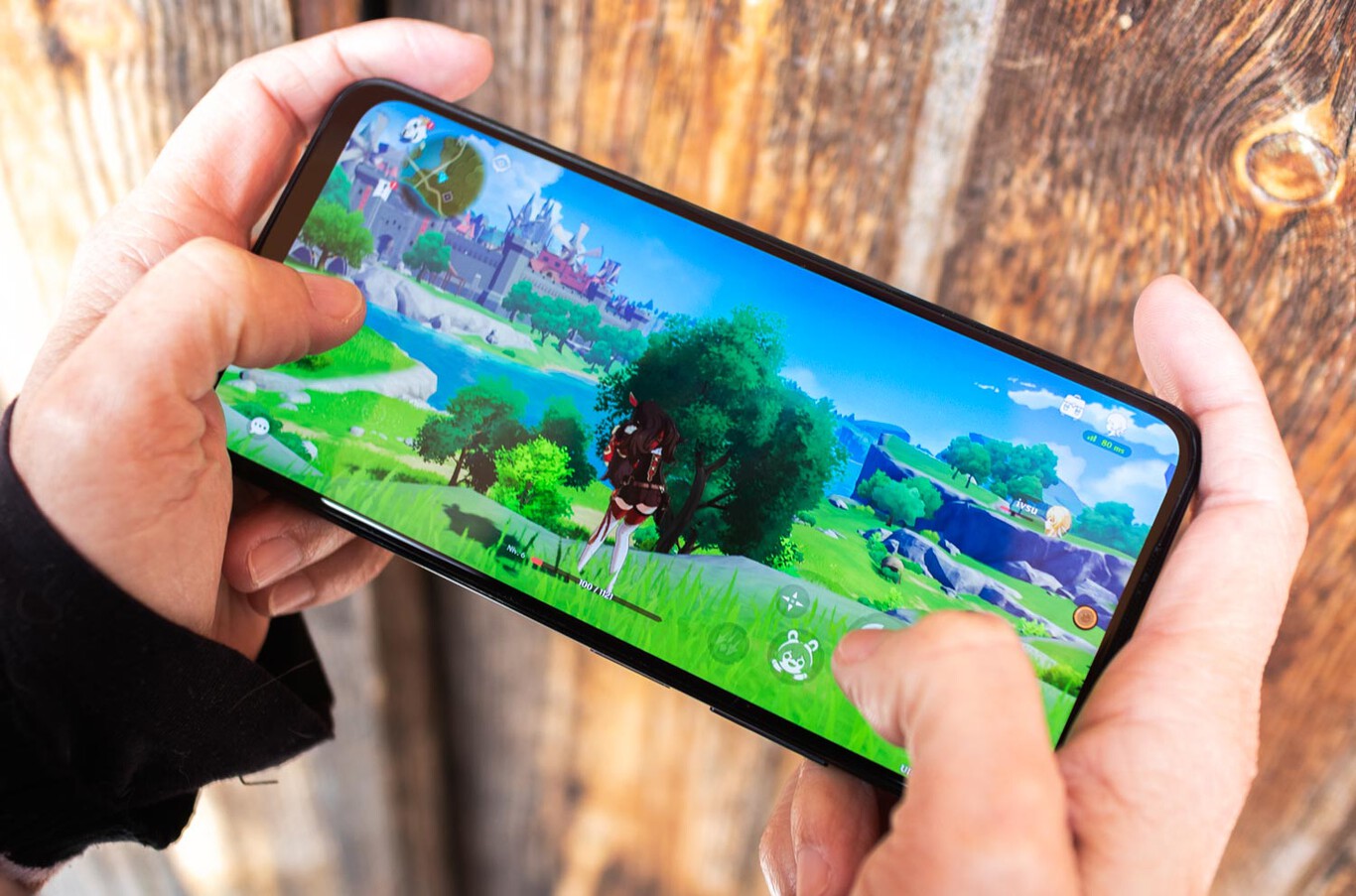 Our protagonist boasts a more than capable processor for the range to which it belongs: the Snapdragon 680 keeps the mobile running without heating up or during tasks that demand power. In games he behaves decently, without exaggerated graphics performance and content capabilities. In addition, we have appreciated some slowness in multitasking, also some jumps in animations and movements.

We cannot say that it offers a bad experience, although it is noticeable that layer weight misses further optimization. Nor does Xiaomi aspire to offer raw power with the Redmi Note 11: its goal is to maintain balance throughout the phone; something that, from our point of view, achieves with a note. 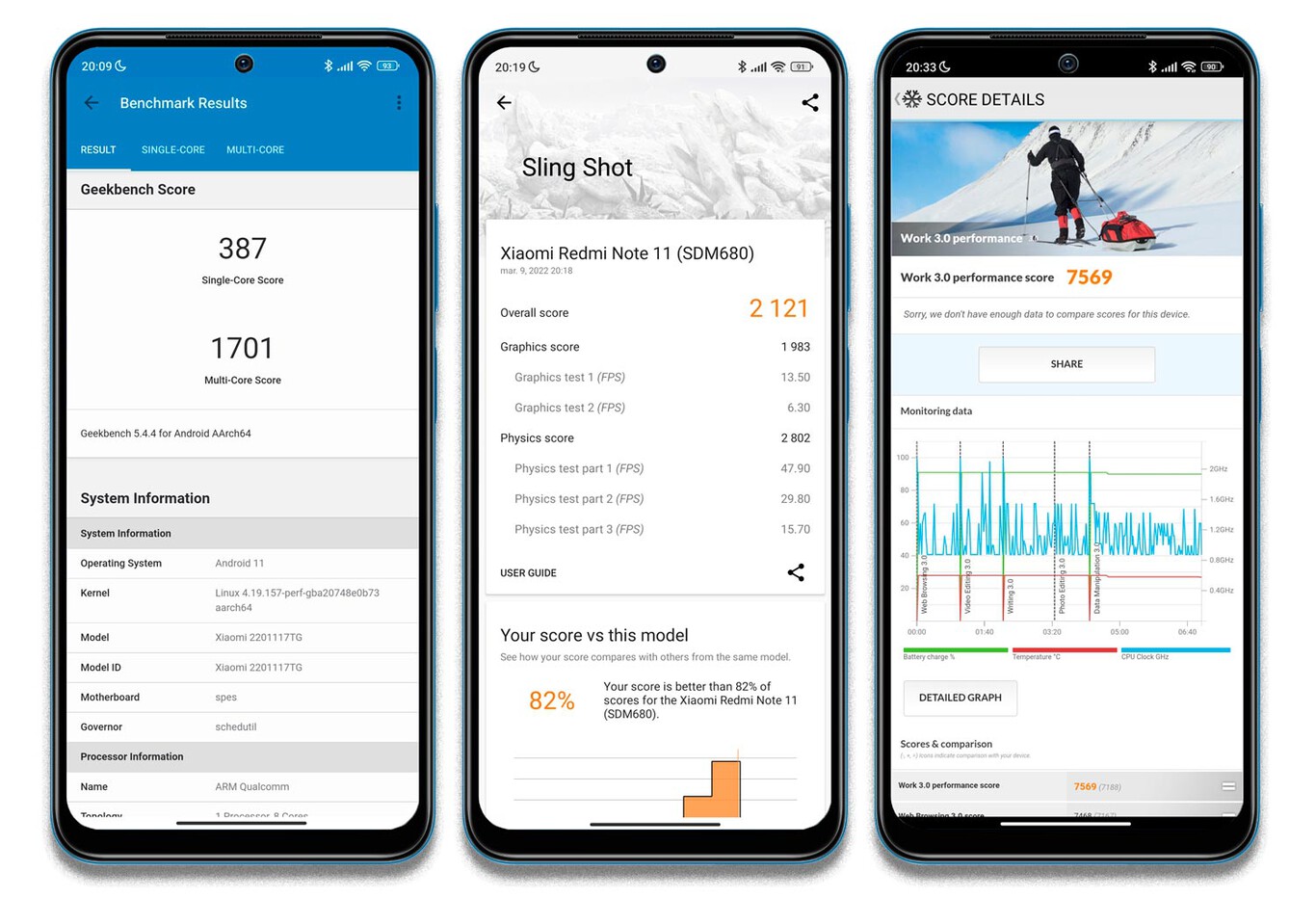 From left to right, Geekbench 5, 3D Mark, and PC Mark

Below are the notes benchmark Compared to other mobiles similar in price.

We are not going to reveal to anyone what MIUI implies: it is a layer loaded with possibilities that Xiaomi recharges in excess of apps and services in operation. With the addition of bloatware: Redmi Note 11 includes too many pre-installed apps and games (most of it can be removed without problem). That it comes standard with MIUI 13 is good news, that Xiaomi has not marketed the mobile with Android 12 no: part with Android 11, a detail that does not seem positive to us.

Coming to the battery, we have to say that the Xiaomi Redmi Note 11 does not behave badly in this section, nor excessively well: 6/7 hours of screen with moderate use and more or less a day and a half of endurance, this was the general tonic. Its consumption in the background is not excessive, it does burn mAh when resources are used, such as during games with a high graphic load. Away from home it lasts a whole day without complications. 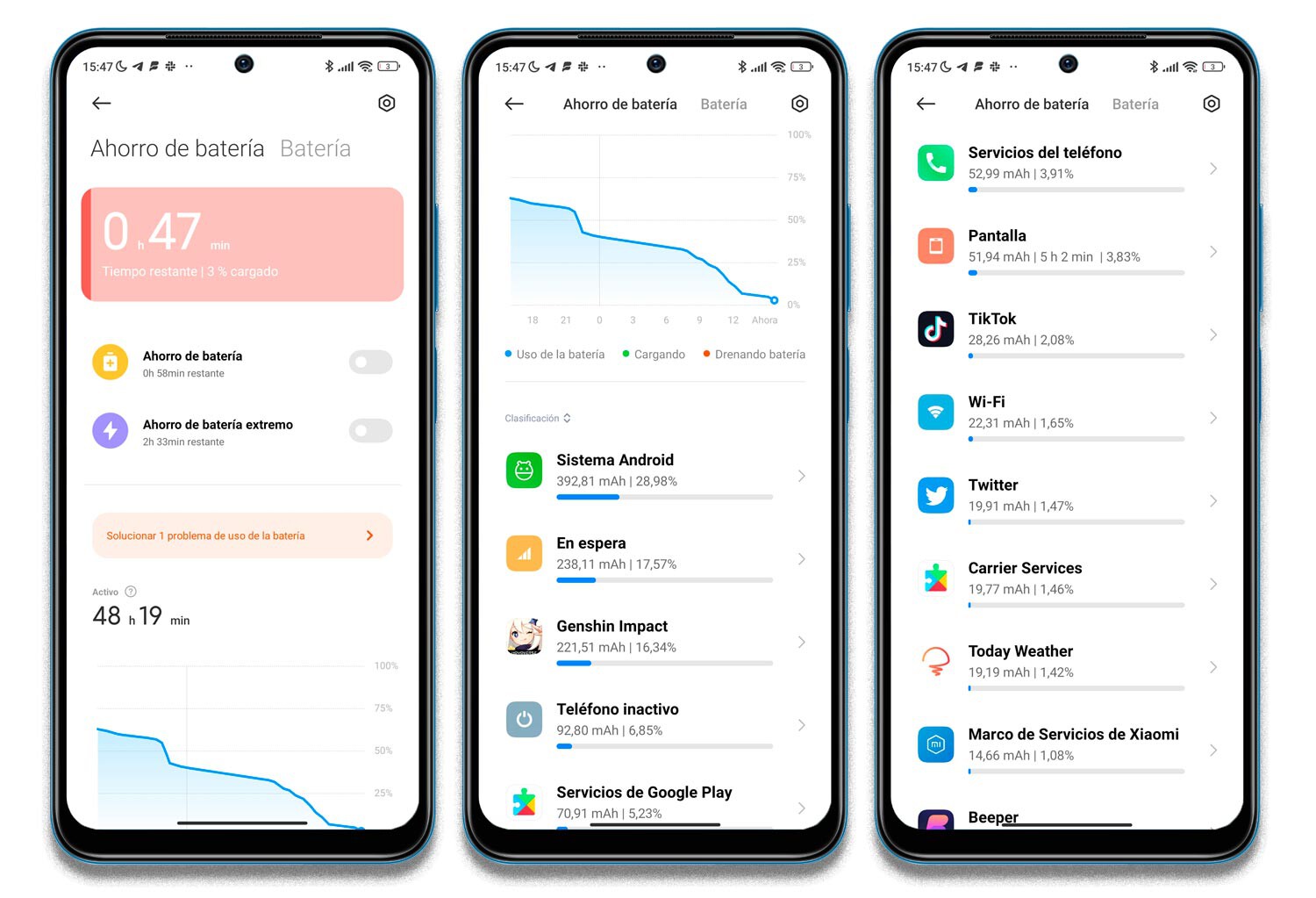 The included fast charge, with a 33W charger, fully revives the mobile in just over an hour. Specifically, the recharging figures are as follows (from 0 to 100 and using its original charger):

Improvable photography with a certain tendency to underexposure 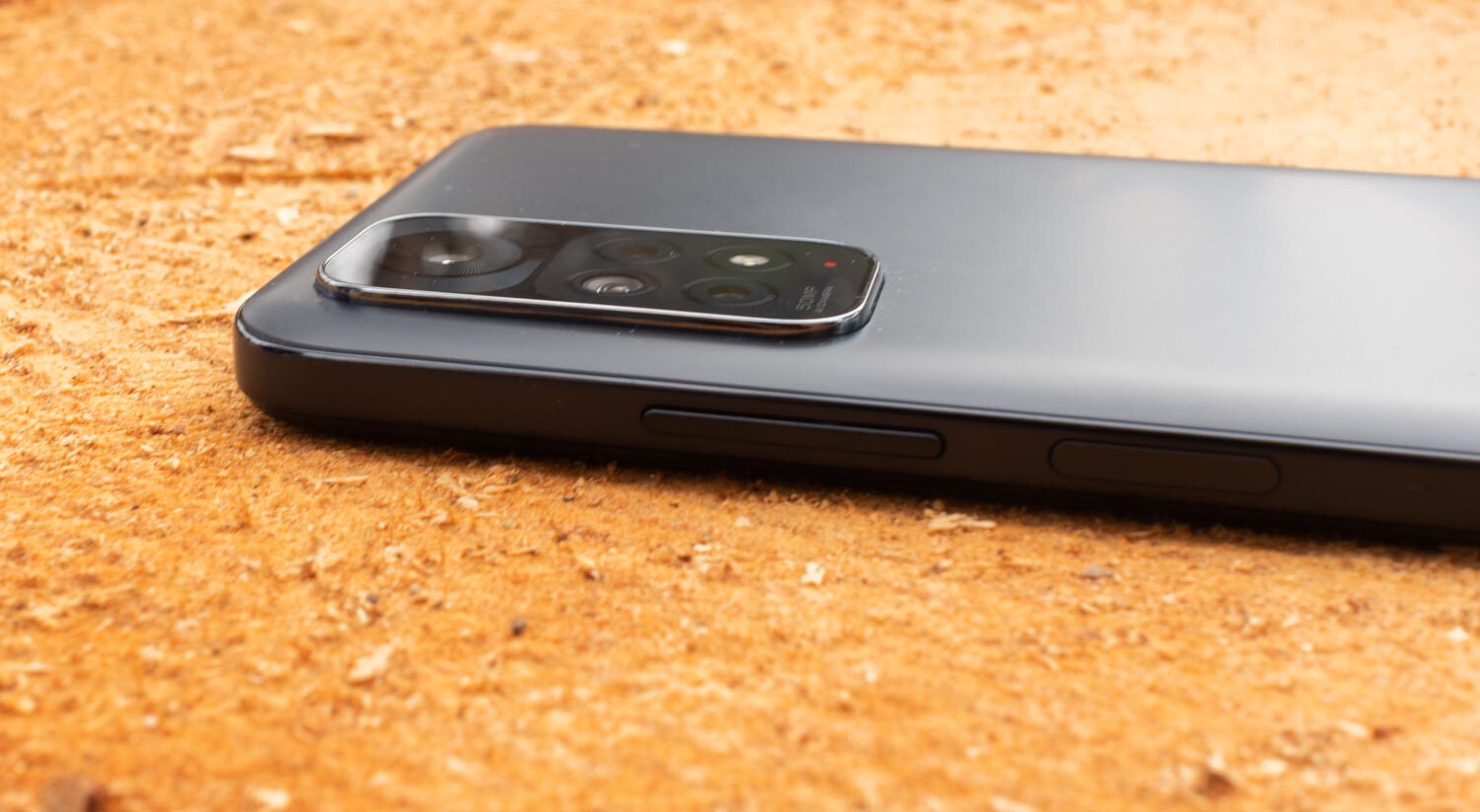 For a mobile that points to the 200 euro line, we cannot say that the Xiaomi Redmi Note 11 behaves too badly in the multimedia capture section, but It would not be the phone we would choose to go on a photographic safari either.. The images are not bad, they have a certain tendency to underexposure and the colors do not quite match reality.

Xiaomi bets on a quad rear camera where the main sensor is the one that lends itself the most to obtaining the best photos: there is a 50 megapixel camera with f/1.8 aperture and autofocus. The second “usable” sensor is an 8-megapixel wide-angle lens with a 118º amplitude and f/2.2 aperture. The other two can be considered almost filler: a macro camera and another to capture depth, both 2 megapixels and f / 2.4 aperture. 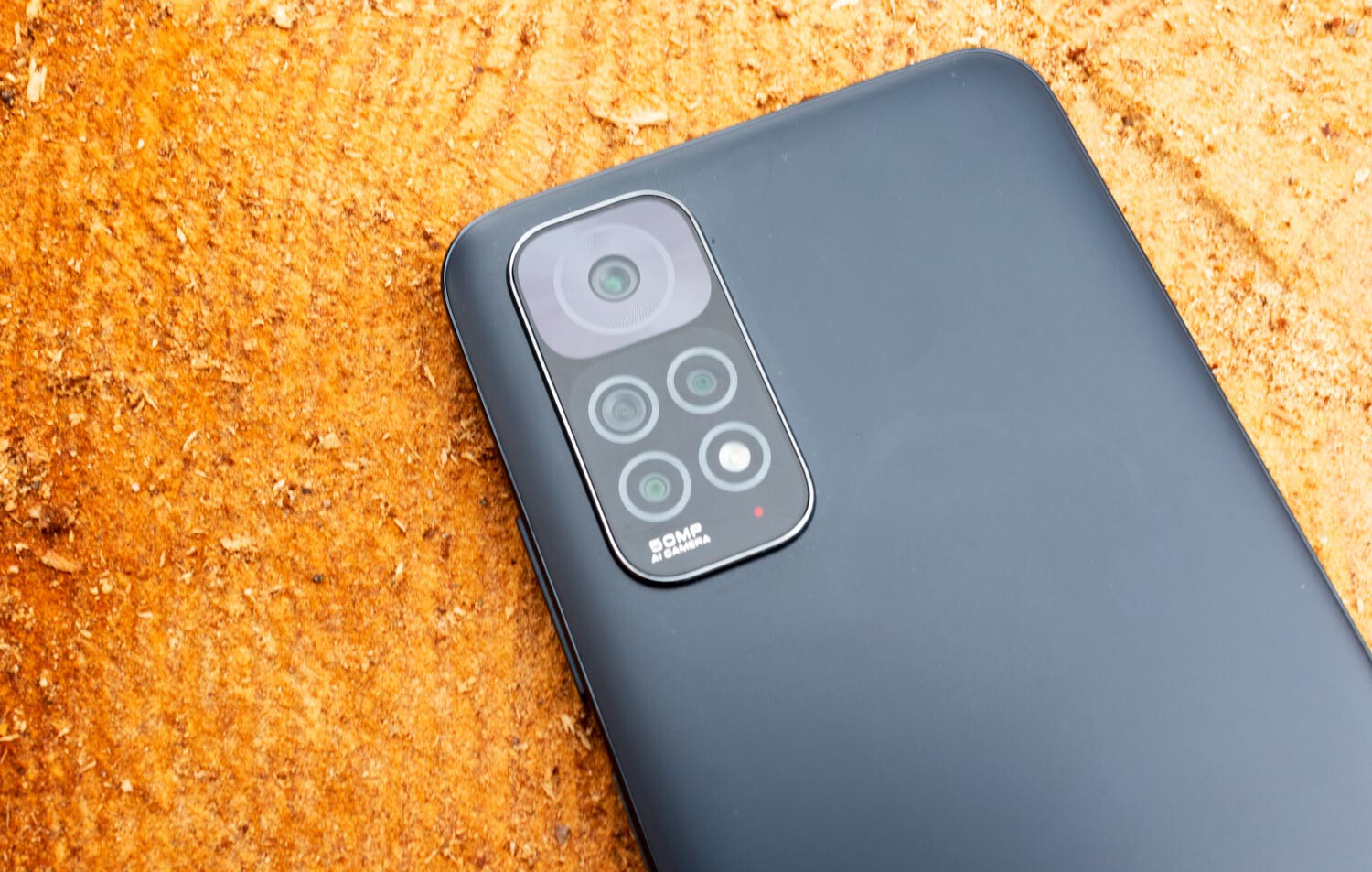 The hardware is in line with what is expected in a mid-range phone, as well as the results. During the day and outdoors, the shots maintain the detail, much more in the main camera than in the wide angle (here the watercolors can be seen with a little zoom even in good lighting). The defendant accuses the aforementioned lack of underexposure; brought about by a Auto HDR not achieving enough dynamic range in shots with high contrasts of light and shadows.

The colorimetry remains somewhat off for the reality where we take the images. As a general rule, there is some delay between pressing the camera button and preparing the phone for a new shot; a delay that can frustrate many fleeting moments. In addition, saving the photos also requires some time (without the risk of losing images because of it).

The wide-angle camera is quite improvable. You get more of the scene at the cost of losing quality, especially at night. In this environment, the Xiaomi Redmi Note 11 behaves with some difficulty; by more than night mode is able to recover enough light from dimly lit scenes. 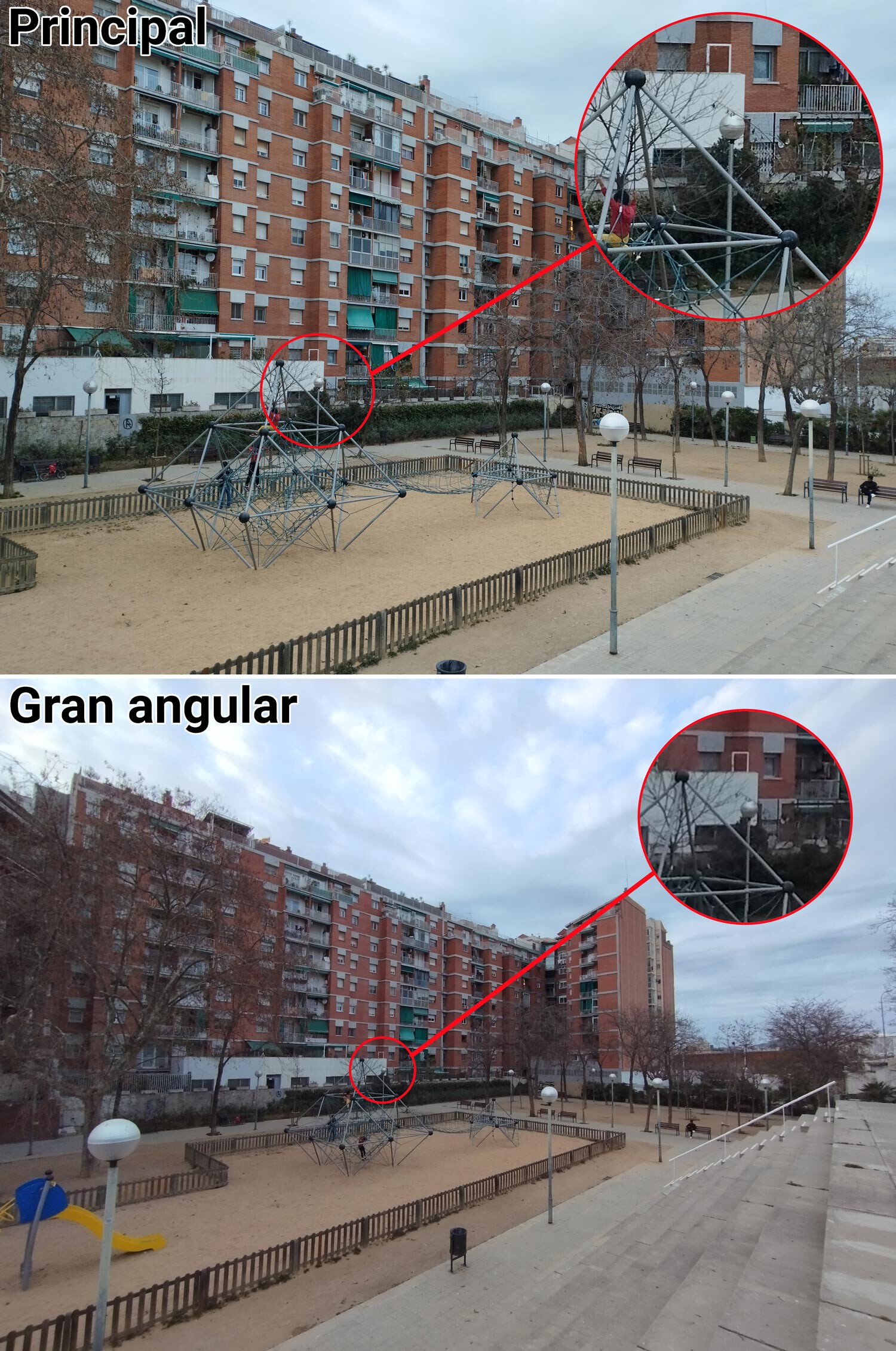 The Xiaomi Redmi Note 11 does not maintain the colorimetry and white balance between the main and wide-angle cameras. And it does not finish correcting the deformation at the ends of the image caused by the objective with greater amplitude. 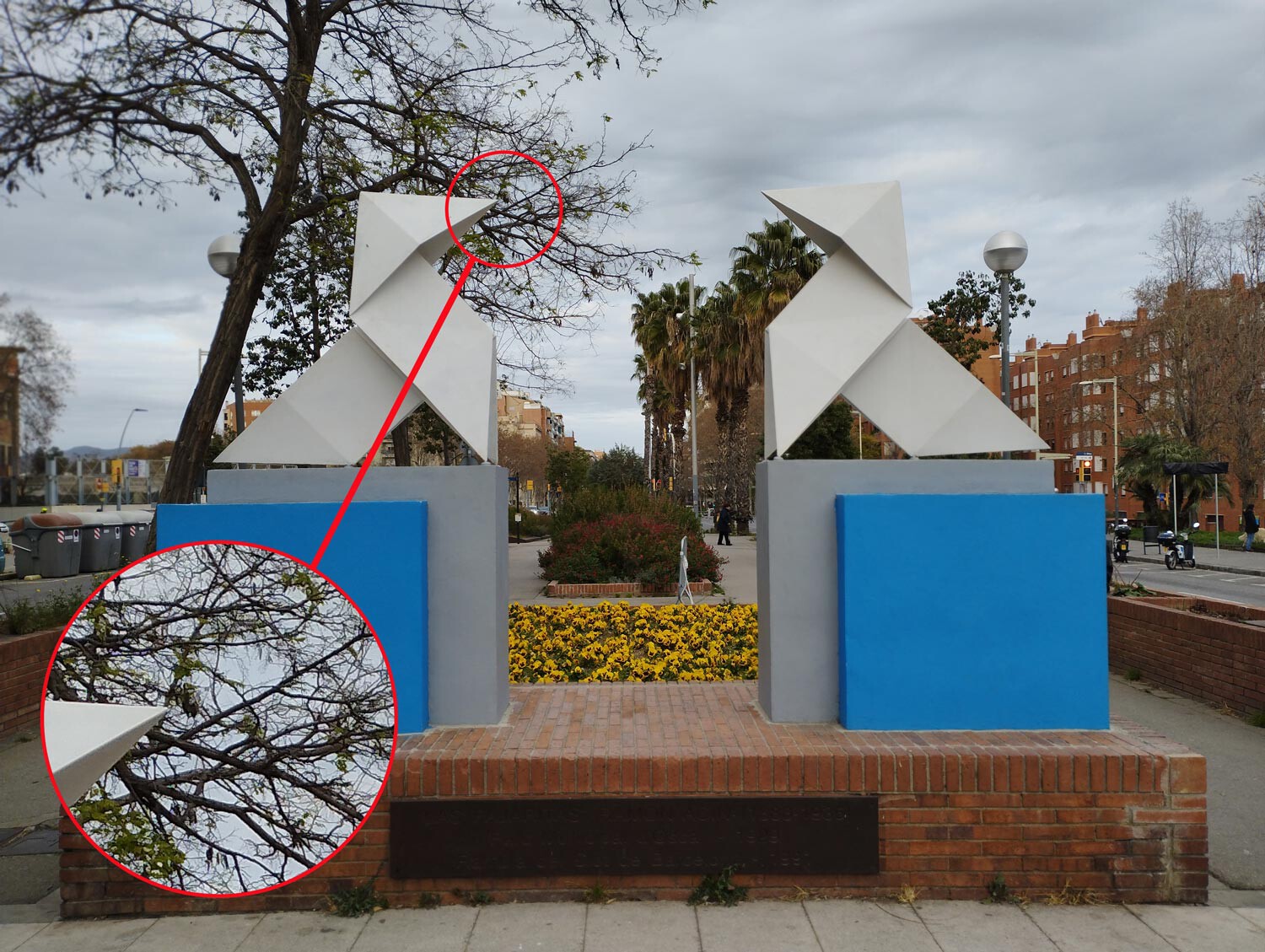 During the day it does not do a bad job, at least with the main camera. Yes, it misses more vividness in the color palette and a better dynamic range. 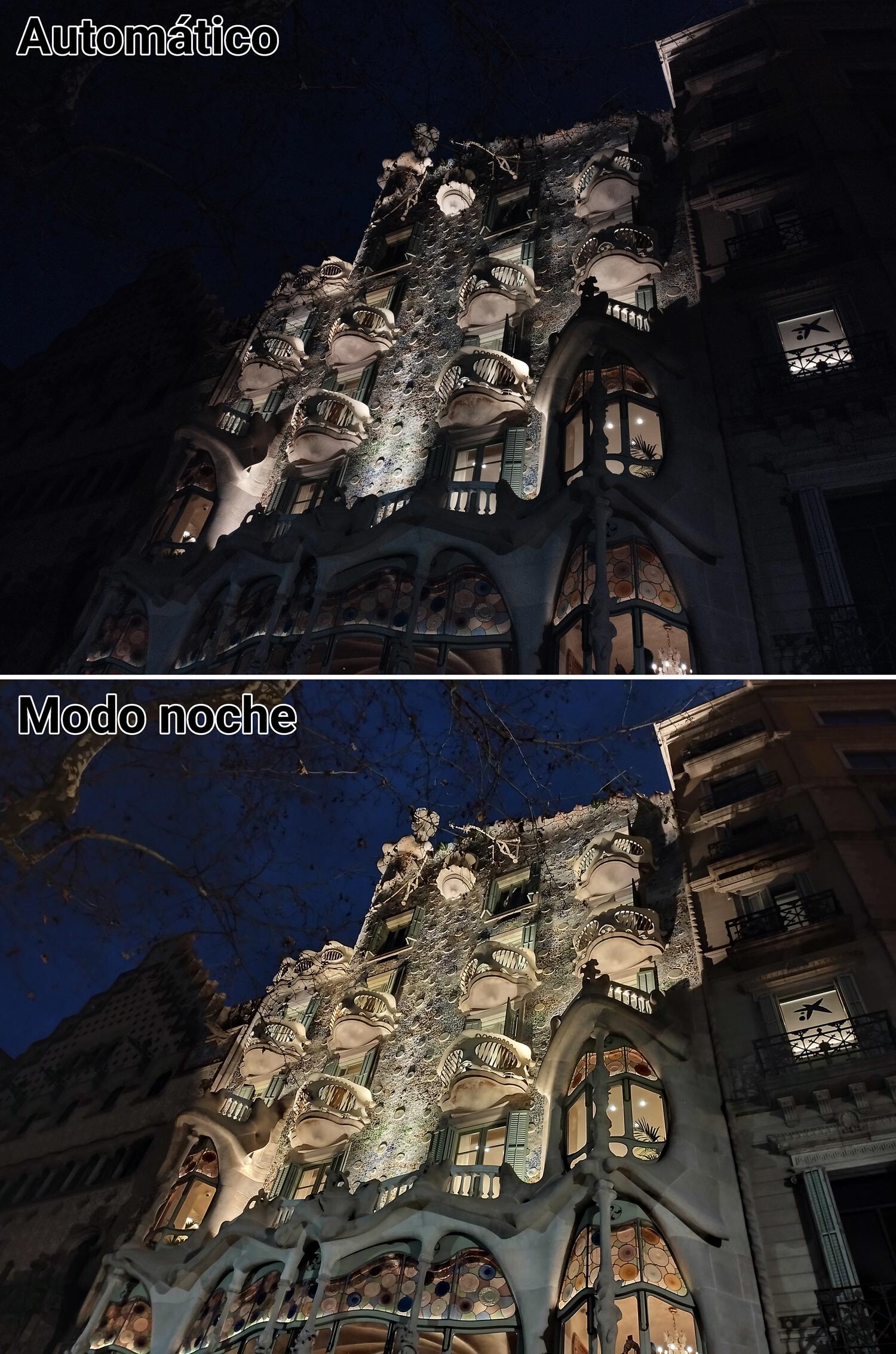 At night, the night mode saves a lot of light, at least as long as there is some lighting. In circumstances where the penumbra dominates, little can be done. 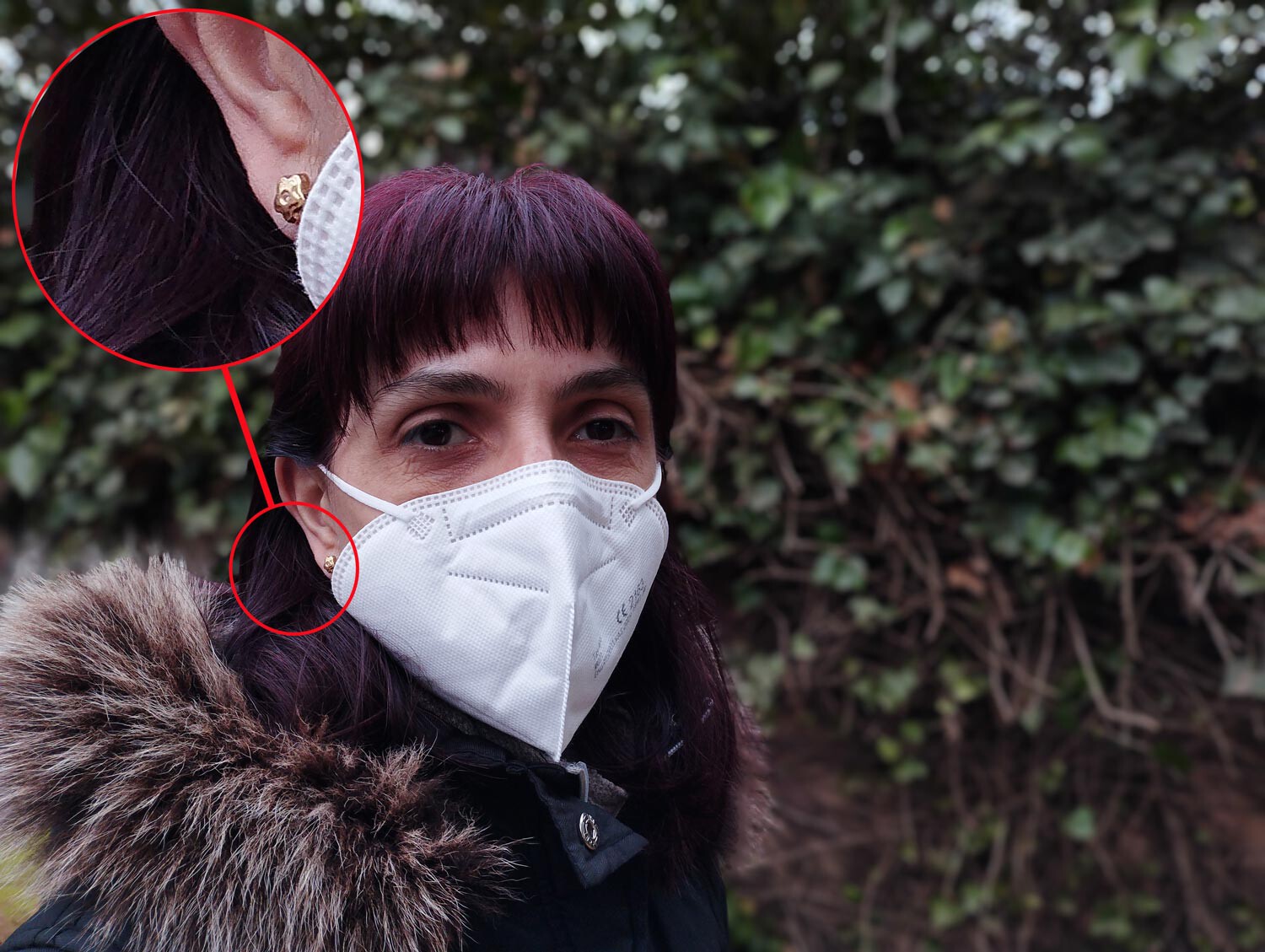 Portrait mode with the rear camera. The clipping is not bad, but it does not end up offering a natural blur of the background. In addition, the tendency to underexposure is again appreciated, and that the lighting was good. 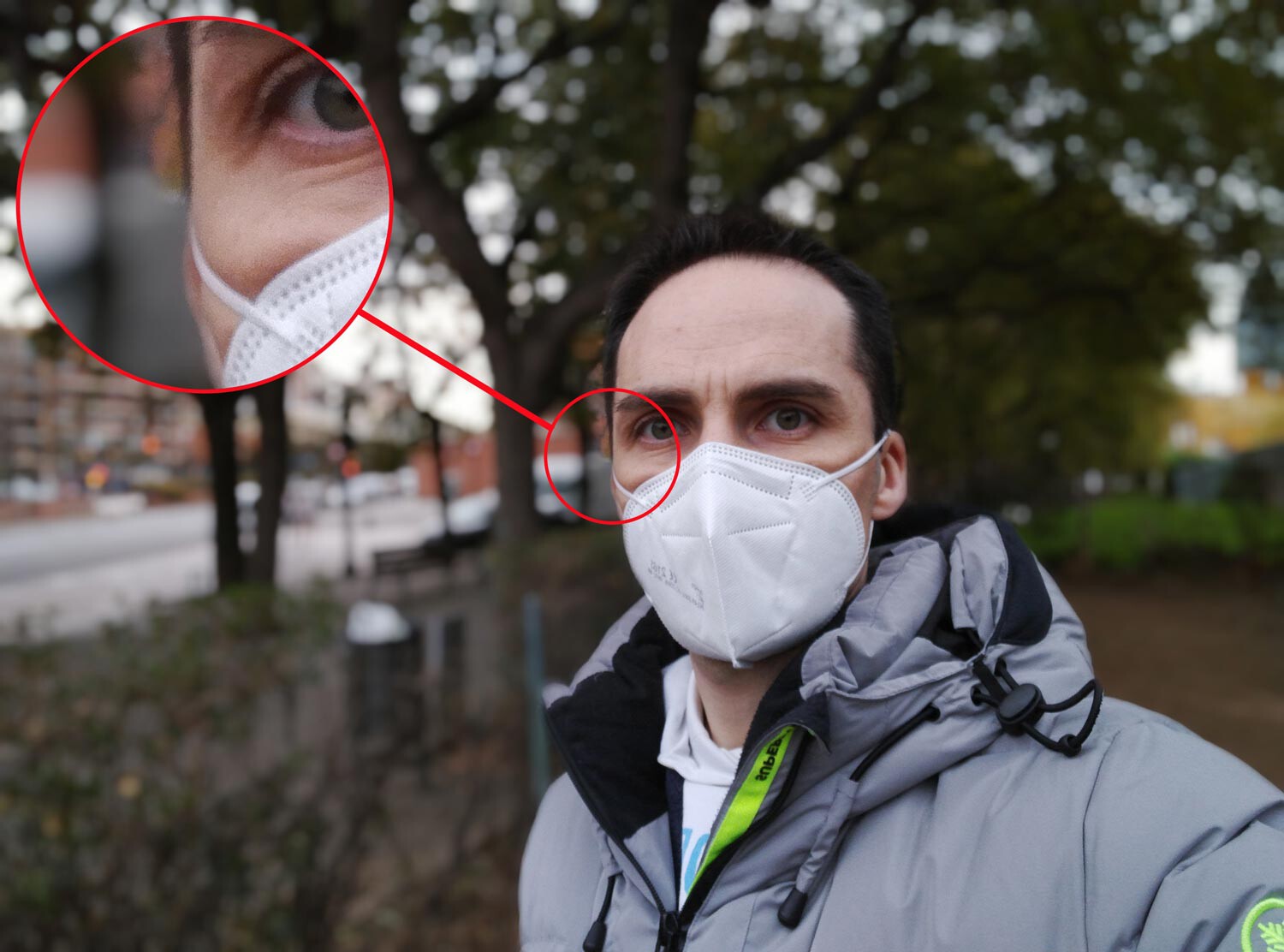 The front camera offers somewhat poor performance: loss of detail with some zoom, quite a lot of noise and the problems that we have reflected in the processing (underexposure and dynamic range deficit). The portrait mode does not behave badly despite the fact that the blur and the crop can be improved.

Below is a gallery of photos taken with the Xiaomi Redmi Note 11. If you want to access the images in their original size, access them through this album on Google Drive. 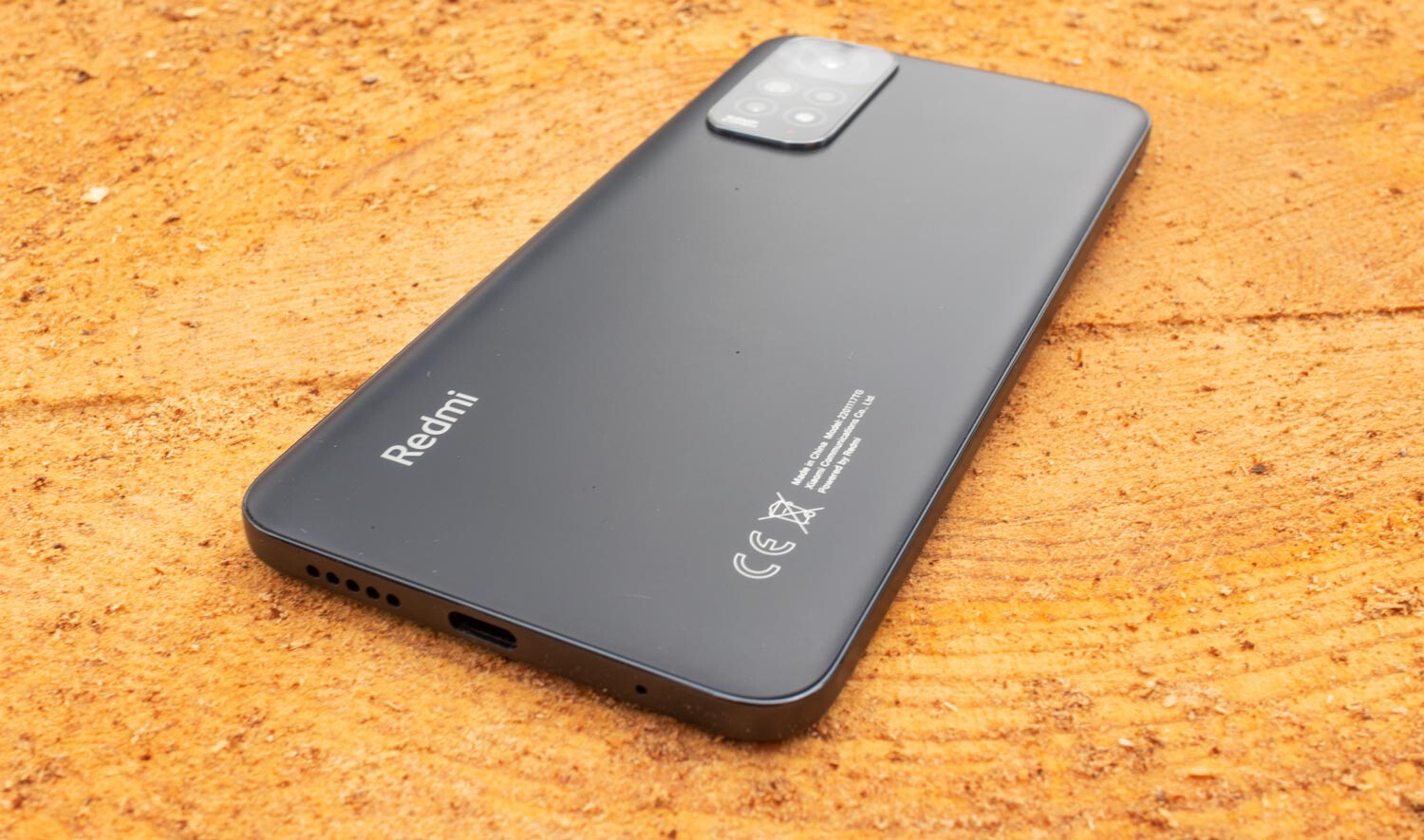 After the time that the phone has accompanied us, we have not missed anything that did not come as standard: the Xiaomi Redmi Note 11 behaves well enough in all scenarios. Yes, it is true that it does not excel precisely in photography (it is quite improvable), nor in raw power (the chosen processor is not up to the requirements of the phone). As is often the case, it is neither perfect nor do we want it to be. But…

Xiaomi has renewed the family by adding more difficulties of choice in the bulky line of 200 euros. And here is the main enemy of our protagonist: for the 199 euros that the POCO M4 Pro officially costs, it is quite similar, the POCO X3 Pro sweeps the Redmi Note 11 and you can even get phones of the size of the Xiaomi 11 Lite for a little more than 250 euros. That is the problem of renewing without improving the software base: that it comes out with Android 11 (despite MIUI 13) puts it in line with somewhat older, higher-powered competitors. 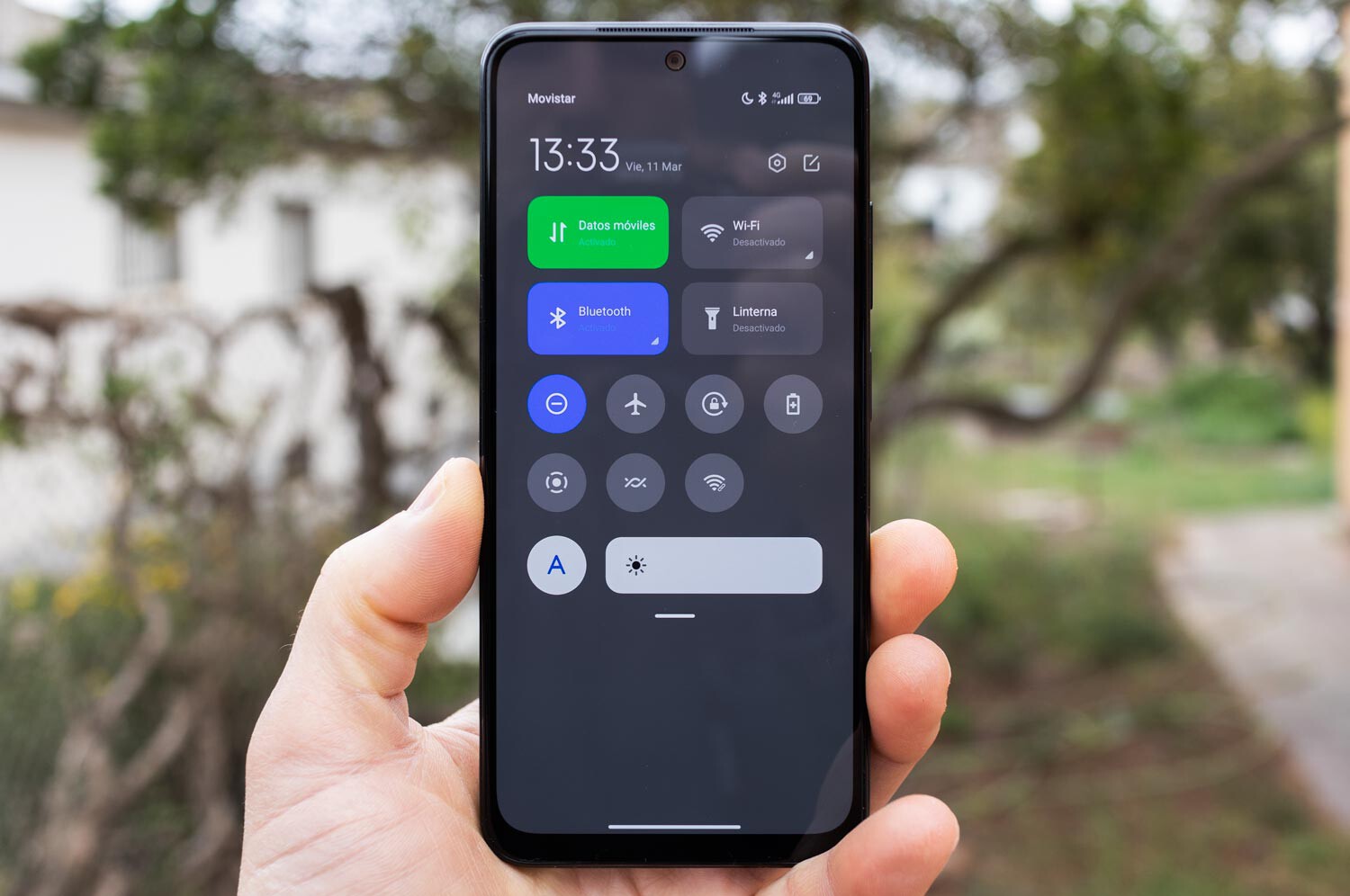 We didn’t think it was a bad phone at all: with the Xiaomi Redmi Note 11 you don’t need more to enjoy a good mobile. Of course, to recommend it over its catalog competition, we would wait for it to begin to drop in price. On sale it will be much more sweet.

The terminal has been transferred for analysis by Xiaomi. Can inquire our policy of relationships with enterprises.

3 extensions for Chrome that will help you check your internet...