TechSmartAerezona Developers
HomeMobileAndroidXiaomi 13: launching on December 1, 2022 with a screen with the...

Xiaomi 13: launching on December 1, 2022 with a screen with the thinnest borders in the world

It’s official, Xiaomi will unveil its new Xiaomi 13 and 13 Pro in just a few days. Just before the launch, as it usually does, the Chinese manufacturer has already unveiled the design of its most affordable model.

A few weeks ago, the famous leaker OnLeaks lifted the veil on the design of the Xiaomi 13, the next high-end smartphone from the Chinese manufacturer. Like the previous generation, the latter will adopt a small format, but will completely change its design. Indeed, rather than having a curved screen, the Xiaomi 13 would bet this time on a flat screen.

This is not the only particularity of the panel, since it seems that Xiaomi has made considerable efforts at the edges of the screen. These are now very thin, but above all almost identical on all sides. These design changes were long overdue, and Xiaomi has just confirmed the good news.

The Xiaomi 13 will have a flat screen

On the Chinese social network Weibo, Xiaomi has shared the first images of the Xiaomi 13, which confirms that the smartphone will have a flat screen, and not a curved screen as was the case with the previous generation. The Chinese manufacturer announces that it has invested heavily in research and development to adapt the screen to its new high-end smartphone.

We recall that it would be a 6.36-inch Samsung FHD+ or 1.5K OLED screen. It would use E6 technology, which promises to be ever more energy efficient than previous generations. Combined with Qualcomm’s new Snapdragon 8 Gen 2 SoC, the Xiaomi 13 promises to be much more durable than previous generations. Representatives of Xiaomi have already promised that the Xiaomi 13 will be the most autonomous smartphones ever produced by the Chinese manufacturer.

Going back to the design of the screen, we notice a punch in the center, Xiaomi having decided to abandon corner positioning since last year’s Xiaomi 12. For the moment, we don’t really know if Xiaomi has finally improved its front camera, and if it will be able to capture 4K videos or not, for example.

As announced by Xiaomi, the Xiaomi 13 will offer edges only 1.61 mm thick, but a slightly longer chin. As a reminder, this is the lower part of the screen, and this one will measure 1.81 mm. The difference is therefore far too small to be really noticed with the naked eye. In total, the smartphone will measure 71.5 mm in widthwhich is very short for a smartphone with flat edges. 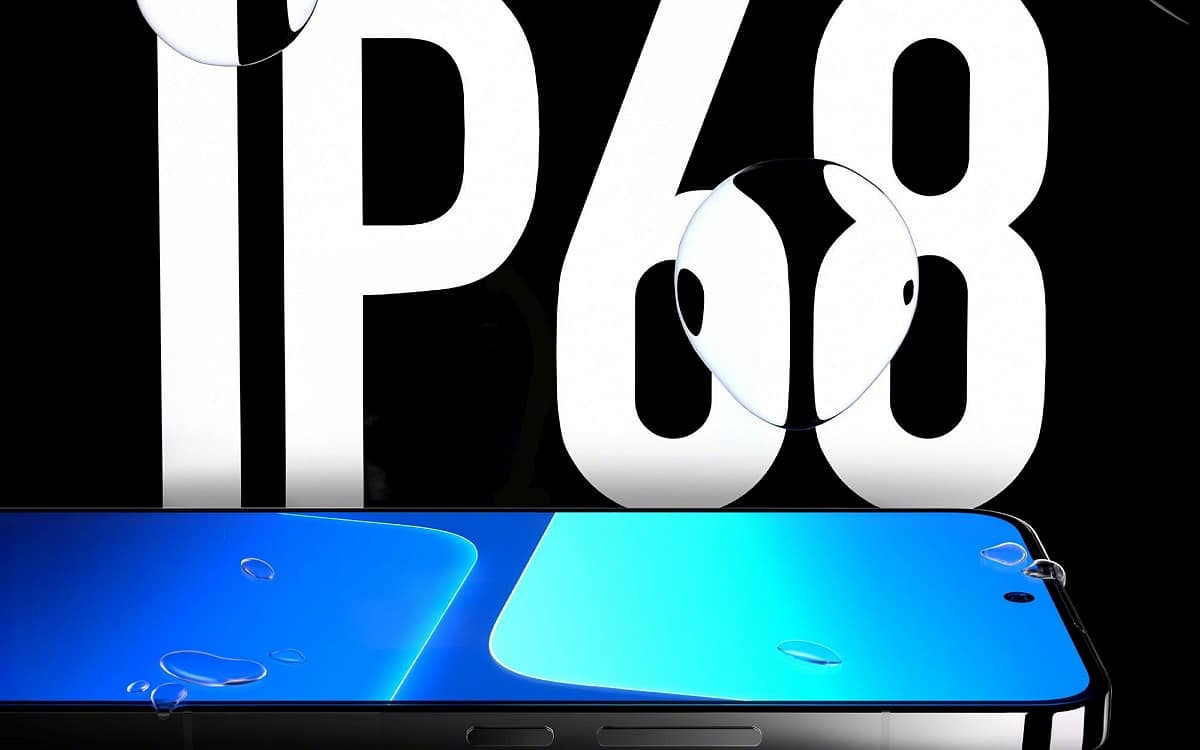 Like the iPhone 14 Pro or the Nothing Phone (1), the Xiaomi 13 therefore offers almost identical borders, and these are the narrowest on the market. This will allow users to enjoy an unprecedented experience, since the panel now occupies almost the entire front face. Xiaomi announces a screen-to-body ratio of 93.3%, a record. The Samsung Galaxy S22, which was also known for its very thin borders, offered slightly thicker edges of 1.95 mm.

Although the exact characteristics of the screen are still unknown, leaker Ice Universe announces that the Xiaomi 13 and 13 Pro are equipped with the best screens on the market today. These latter will be brighter than the Samsung Galaxy S22 Ultrawhich, as we recall, could reach 1750 nits of peak brightness.

All Xiaomi 13 will be IP68 certified

In addition to the screen, Xiaomi also revealed that all Xiaomi 13 will be IP68 certified for water and dust resistance. Anyway, we will have to know more about the Xiaomi 13 soon, since the two smartphones should be officially unveiled during a conference on December 1 alongside the new MIUI 14 overlay. The presentation will take place in China at 12 p.m., French time, and will also be an opportunity to find a new Xiaomi Watch S2, as well as Xiaomi Buds 4 wireless headphones.