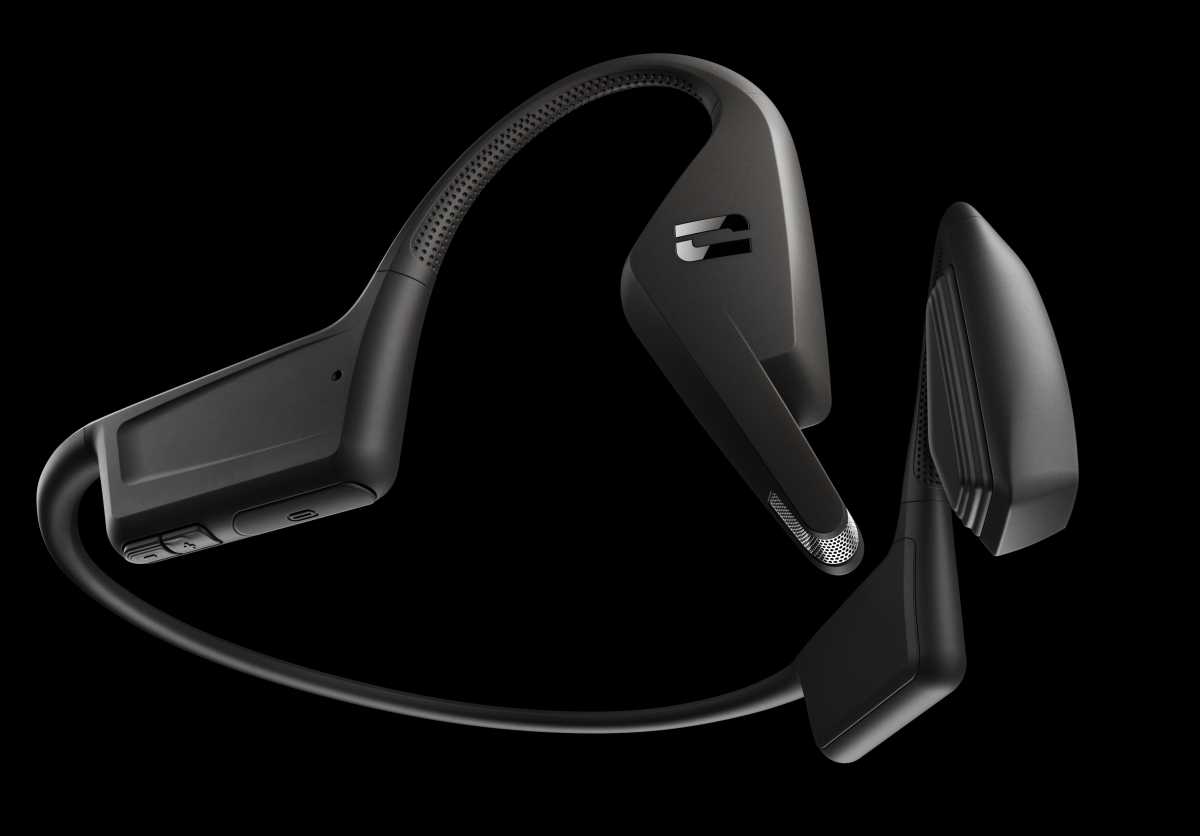 Crosscall, a manufacturer of ultra-resistant mobile phones and tablets, wants to revolutionize the wireless headset segment by offering something completely different from what is usually found in stores.

Is about X-Vibes, its revolutionary model of wireless headphones, which unlike traditional wireless headphones, which are placed on or in the ears, this model makes use of bone conduction technology, keeping the ears free for listening to the environment while at the same time it allows listening to music, podcasts and other audio content in a clear and comfortable way.

The company explains the bone conduction technology as follows:

Sound is transmitted through the temporal bone, rather than through air vibrations through loudspeakers, and is then transmitted directly to the cochlea (inner ear). The sound surrounds the eardrums, therefore, any risk of overstimulation and injury is eliminated. In addition, your ears remain free and attentive to the surrounding sounds.

The company also places emphasis on comfort of the new device to the point of ensuring that those who use them will not feel that they are wearing themwith a weight of only 34 grams.

In addition, it is a device that is in line with other devices from the company, being completely durable and resistant, with top quality materials, admitting falls even from almost two metersIt’s even waterproof, too, thanks to its IP67 rating.

It also has a long-lasting battery, which with its capacity of 200 mAh, It is capable of offering autonomy per charge of up to ten hours of listening at maximum volume or even up to ten days of waiting.

Its charge will take a maximum of an hour and a half to go from zero to one hundred percent battery, using the universal USB-C connector, also protected against water, including sweat and other liquid elements.

X-Vibes feature strategically placed buttons, including a multifunction button that supports, among other things, using the device as a walkie talkiealthough it can also be used with other group communication applications, including Crosscall’s own X-talk.

Its recommended retail price is 149.99 euros and it is already available from the Crosscall website.