TECHSMART
Home Tech News Windows 11 versions: Microsoft will surprise us with a total of 11...

How many versions of Windows 11 will Microsoft release? That is one of the most important questions that we have been asking ourselves since we learned that this operating system will coexist with Windows 10. At the time we did not have any information to help us answer that question, although our intuition led us to think that, at a minimum, we should see the same versions available in Windows 11 that exist today of Windows 10.

It made sense, but according to a tentative list posted on the official Bluetooth SIG website, it looks like we could see a total of 7 versions of Windows 11, At least in principle, since we cannot rule out that the Redmond giant will end up launching other additional versions to offer a more complete product ecosystem, and to reach, therefore, a greater number of users. In fact, after looking at the tentative list, I think it’s most likely

Do not get me wrong, Microsoft does not have to expand that list, it is not something essential or mandatory, in fact it could cover practically the entire market with those seven versions, but it is true, as we will see later, that there is some important absence in that tentative list of Windows 11 versions.

A look at the possible versions of Windows 11

These versions appear in the list published by the Bluetooth SIG: 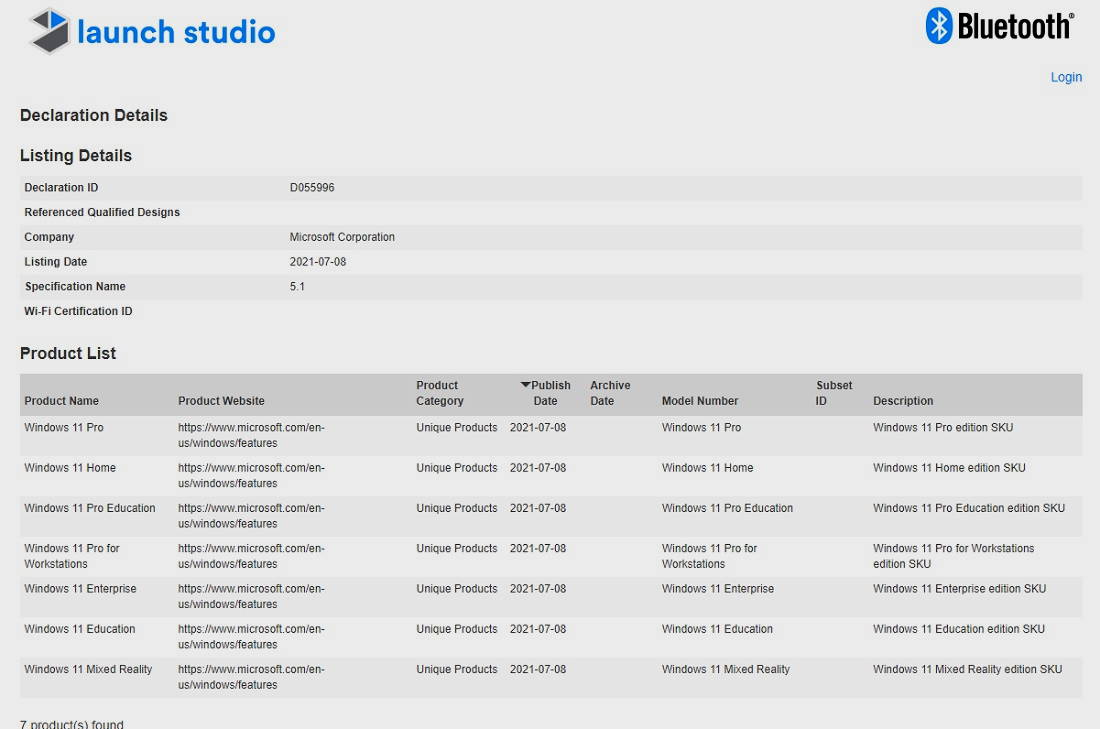 In general, everything fits perfectly with the strategy that Microsoft has been following so far, although we have two interesting peculiarities. The first is that, according to said list, Windows 11 Mixed Reality it would become a specific version of said operating system, which was not the case in Windows 10. On the other hand, we see that there is no trace in that list of Windows 11 versions of a possible Windows 11 S, which should be the successor of Windows 10 S.

As many of our readers will recall, Windows 10 S was an operating system in which the user was limited to the Microsoft Store as the only way to download and install applications. This represented an important limitation, but in return it offered a notable advantage in terms of security and ease of use. To offer more versatility to users, and to prevent them from feeling “chained” or limited for life, Microsoft offered the possibility of moving from Windows 10 in S mode to the standard version, but it was a one-way route, as well. that the user had to think very well.

Admittedly, although Microsoft’s intention with Windows 10 S was not bad, and it certainly made sense in some quarters, in the end it was unsuccessful, and this makes me wonder, and wonder, if we really get to see Windows 11 S in the final list of Windows 11 versions.

For now, the list of versions of Windows 11 that we have shared with you has to serve as a provisional model, that is, as a compilation as an open list that could be expanded with the arrival of new versions, among which would be, as we have indicated, Windows 11 S, both in its standard version and in its Pro version, and we may also see the rumored Windows 11 SE.