Windows 11 can now make a copy of a CD

The latest development build of Windows 11 has added the ability to perform a native copy of a CD through the new Media Player application.

Windows 11 is a development “in progress” and does not include features that anyone would expect from an operating system. In addition to tuning the entire interface and renewing the applications that are delivered with the system, Microsoft continues to add functions (slowly, but slowly) and now one that third-party applications have been performing for decades is being announced.

You already know that Windows 11 released a few months ago the new media player Media Player to replace the discontinued Groove Music as default app to play music and video. Keeping the approach of the classic Windows Media Player, the app has been brought up to date with the ‘modern’ design implemented in Windows 11.

And with the expected functions, but not all. In addition to the typical playback, it works as a music library to browse, search and play music, as well as create and manage playlists. Same for video content. The app will automatically find any stored local content and any other can be added manually.

Microsoft has been improving it ever since, and last March added support for CD playback. With the new update that is now presented, the native copy and rip support. Supported formats in this version include AAC, WMA, FLAC, and ALAC with various bitrate options available. Microsoft will recommend the AAC audio format if you don’t select another preference. 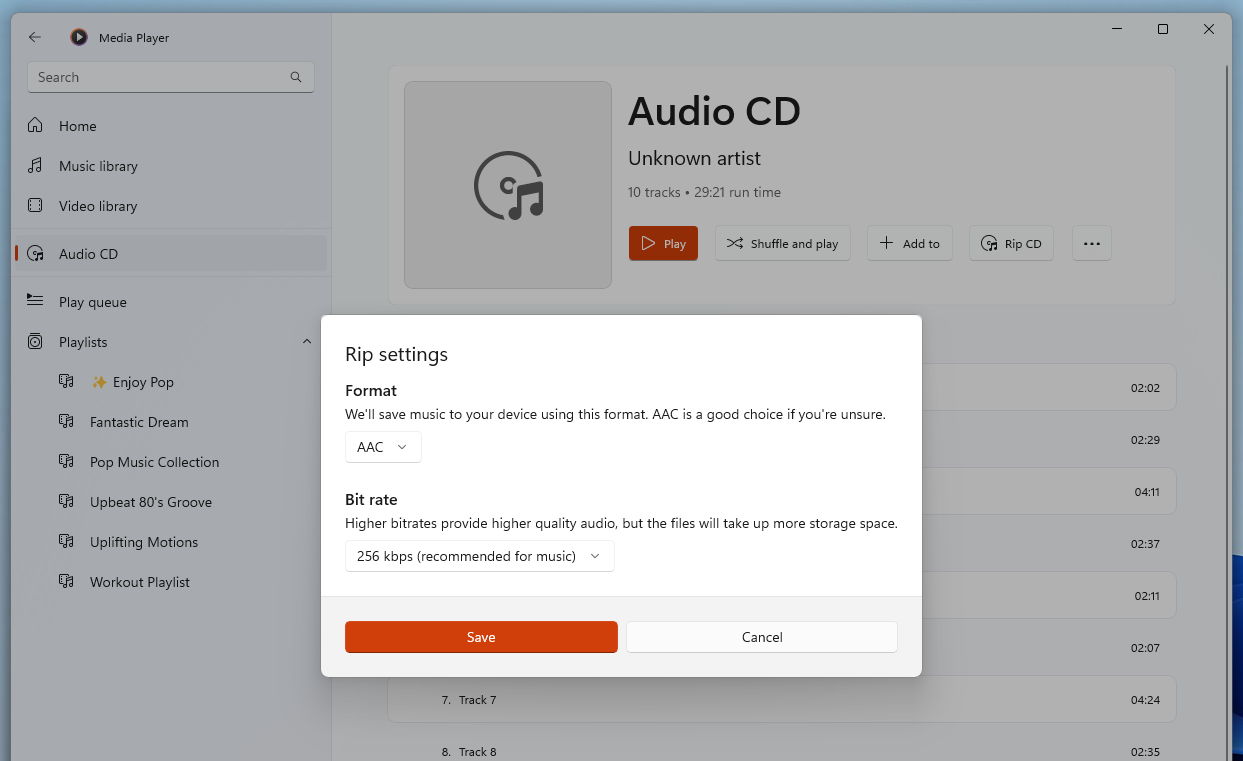 It should also be noted that Media Player is now the default app to open video files in Windows 11, instead of the ‘Movies and TV’ app that did that function until now.

In the middle of 2022, it’s hard to talk about copying and ripping CDs as a new function for an operating system, but that’s the way things are in Windows 11. On the positive side, to say that we like the new media player, it’s much better than having to use three separate apps (old Media Player, Groove and Movies & TV) and Microsoft keeps improving it properly. Slowly, yes.

Related. We don’t know if you’ll still be using CDs (typical audio CDs are soaring in sales), but remember, your optical discs are in danger and it might be time to update your collection before it’s too late.