After users reported problems with their NVIDIA graphics cards with the arrival of Windows 11’s 22H2 update – released this week, a new driver released by the card manufacturer seems to fix the flaw.

According to users, after the update arrived, games began to experience severe instability in the frame rate per second (FPS), even on the most powerful hardware. In fact, the flaw did not seem to discriminate specific models, affecting both “RTX” and “GTX” models.

Now, seeking to resolve the impasse, NVIDIA announced on its official Twitter account the arrival of the 3.26 BETA driver; which in addition to the fix, brings initial support to the newly announced GeForce RTX 40 GPUs.

the brand profile on twitter responsible for customer service discloses (in free translation):

“NVIDIA GeForce Experience 3.26 BETA is available and recommended for Microsoft Windows 11 22H2 users. This update addresses performance-related issues that some users have encountered after the update”

Microsoft has finally released Windows 11 update 22H2 to fix issues that were disapproving of users, but apparently, the new version of the operating system brought a new bug that affects computers with NVIDIA graphics cards.

Complaints from various members of the Microsoft community and on Reddit point out that the games started to show instability in the frame rate per second (FPS) after upgrading to version 22H2 of Windows 11. Users claim that, despite having good hardware specifications, games suffer from stuttering and high latency.

One user claims the update “broke G-Sync,” a technology that syncs the graphics card to the monitor to prevent incomplete or incorrectly rendered frames by the GPU from being sent to the screen. In one of the aforementioned cases, a game that used to run stably at 120 FPS now randomly drops to 30 FPS.

Note that this same user, identified as u/ChoPT on Reddit, it claims to have a powerful set of hardware — Intel Core i7-12700K, GeForce RTX 3080 Ti and DDR5 RAM. The forum member adds that the bugs occurred since test builds in the Insider programand the company appears to have made no corrections.

Another detail worth considering is that there isn’t a specific line of video cards that are having this problem. Complaints come from owners of “RTX” and “GTX” from different manufacturers. Also, the new version seems to be causing problems in processor usage while running the games.

“I received Windows 11 Update 22H2 today, and my games started to crash,” reports a Microsoft Community member. The same user claims that the average CPU usage has reduced “from 50–60% to just 5%”. The information was extracted from its MSI Afterburner, a utility software for overclocking video cards. 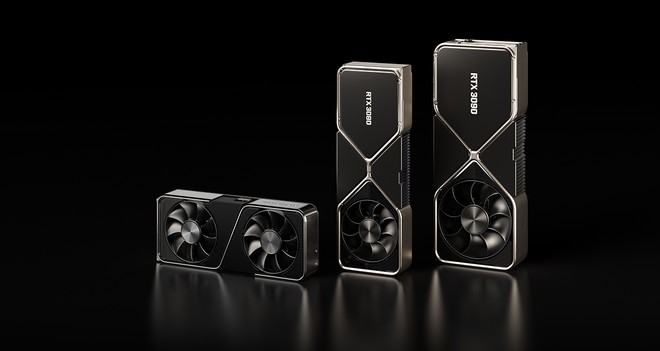 Manuel Guzman, a software engineer at NVIDIA, says the manufacturer is already aware of the problems and will work to find a solution. Microsoft, in turn, has not yet commented on the matter.

For now, the only possible solution is to revert the update until the appropriate corrections are made by the companies. Apparently, users with AMD video cards are not experiencing the same problems.

Have you upgraded to Windows 11 version 22H2? How is your experience? Comment!