WhatsApp will finally allow you to hide your online status

The WhatsApp messaging platform application, owned by Meta, is constantly adding improvements to its application, functions and features that respond to the needs of its users and one of those that is underway and that would not take long to access the final version of the app is the one that allows you to hide the online status for users who want to improve their privacy and/or their peace of mind.

When configuring who can have access to know if the user is online, different levels of permissions can be configured for other users

The modification will allow choosing who can see a user’s online status, expanding the current feature that allows choosing who can see the last connection time, the profile photo, the user’s information and their status. It was missing to add this other element within the sphere of the user’s will in showing or not to others (and being able to choose to whom) this element as important for some as it is whether or not they are online.

Until now, it is not allowed to select this option because it is considered public data, which allows any user to have access to said information, but in return it also supposes a way that web pages and applications can “spy” the habits of WhatsApp users.

Heroland, analysis: The challenge of not being the protagonist

When this new privacy feature is available, it can be activated within the “Last time online” menu that allows you to adjust this parameter, offering four adjustment alternatives:

-My contacts, except… (where you would select which users would be part of this exception)

After this menu, a new one will appear that will allow you to adjust the “Who can see when I am online” option, although with more restricted options than the previous parameter, since it only allows two modes:

-Same as the time of the last connection

Underneath we will have a new section with the “Who can see when I am online” setting, but we will not have the possibility to customize it like the previous one, but it will be synchronized to this one. That is, it will allow us to choose between “all” or “same as the last connection time”.

All this is known thanks to the fact that WABetaInfo has analyzed the source code of the WhatsApp app in beta phase. At the moment it is unknown when the functionality will be officially launched, but it is estimated that it will be soon, as WhatsApp is already working in the testing phase with it. 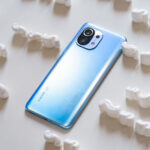 These Xiaomi and Redmi phones will never be officially updated again