WhatsApp on iOS will let you hide your “online” from everyone

On this occasion, the WhatsApp messaging service on iOS continues to develop another function that has been really requested by users. The tool in question would make it possible for you to hide the Online status for everyone. Although at the moment it is proposed for future updates, it should be noted that it is already being developed. At the moment, there is already more information about the function and what could come with it.

Now hide your online on iOS

All this function was identified by WaBetaInfo indicating that soon the function of hiding your online for everyone is coming. Users can confuse this function a bit with the “last seen” function, where you can also hide your contacts, specific people or even that it cannot be seen by any user. When this feature arrives, it will certainly be similar, but with the “Online” status, where users will be able to have similar options.

The post has given some details of what the mechanism of this tool would be like. As detailed above, users will be able to adjust at their convenience and choose who to show when they are online. This option will be from the known configuration of last seen.

The new options are “Everyone” and “same as last seen”. That is, depending on the choice, such as “My contacts” for last seen, the “Online” option will also be involved, so only your aggregates will be able to view your online status. 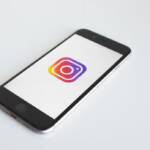 It is important to say that not only the privacy function will be the only one in the messaging service plans. So there are even more that are just as relevant, like the message editing tool. This function would be quite useful to give freshness to the messages, because although WhatsApp on iOS had already included the tool to delete messages, there was never the possibility of editing them. So it’s really interesting to see that this feature could finally come in future updates.

Finally, WaBetaInfo also indicated the soon arrival of the improved message reaction function. The fact that WhatsApp is adding a version with more emoji capabilities is really nice for users. According to the media, the app plans to give beta testers the new reaction tool, just as it happens with MDs on Instagram.