TechSmartAerezona Developers
HomeTech NewsWhatsApp error: “Waiting for message. Check your phone”, what to do

WhatsApp error: “Waiting for message. Check your phone”, what to do

It is not very usual but to some people it has appeared in their WhatsApp the statement “waiting for the message” instead of the text or file that was sent to them or that they forwarded to another contact, this issue is related to end to end encryption which occurs when someone is trying to reinstall the app on another device or they have an outdated version of it.

For this type of problem with the messaging platform, it is recommended to follow one of the following procedures:

1. Check the phone from which the message was sent, avoid using WhatsApp web and other presentations of the service in these cases while the problem is solved.

2. Ask the person you are chatting with to open the application and the conversation, so that both parties are online.

3. Check that the cell phone of both users already has the latest version of the messaging service installed.

By making some or all of the recommendations mentioned above, this problem can be solved with the WhatsApp chat in which this statement appears. However, some people may wonder about the relationship of the end to end encryption in this situation, as this is because the platform could consider the message sent or received as suspicious activity.

What is end-to-end encryption 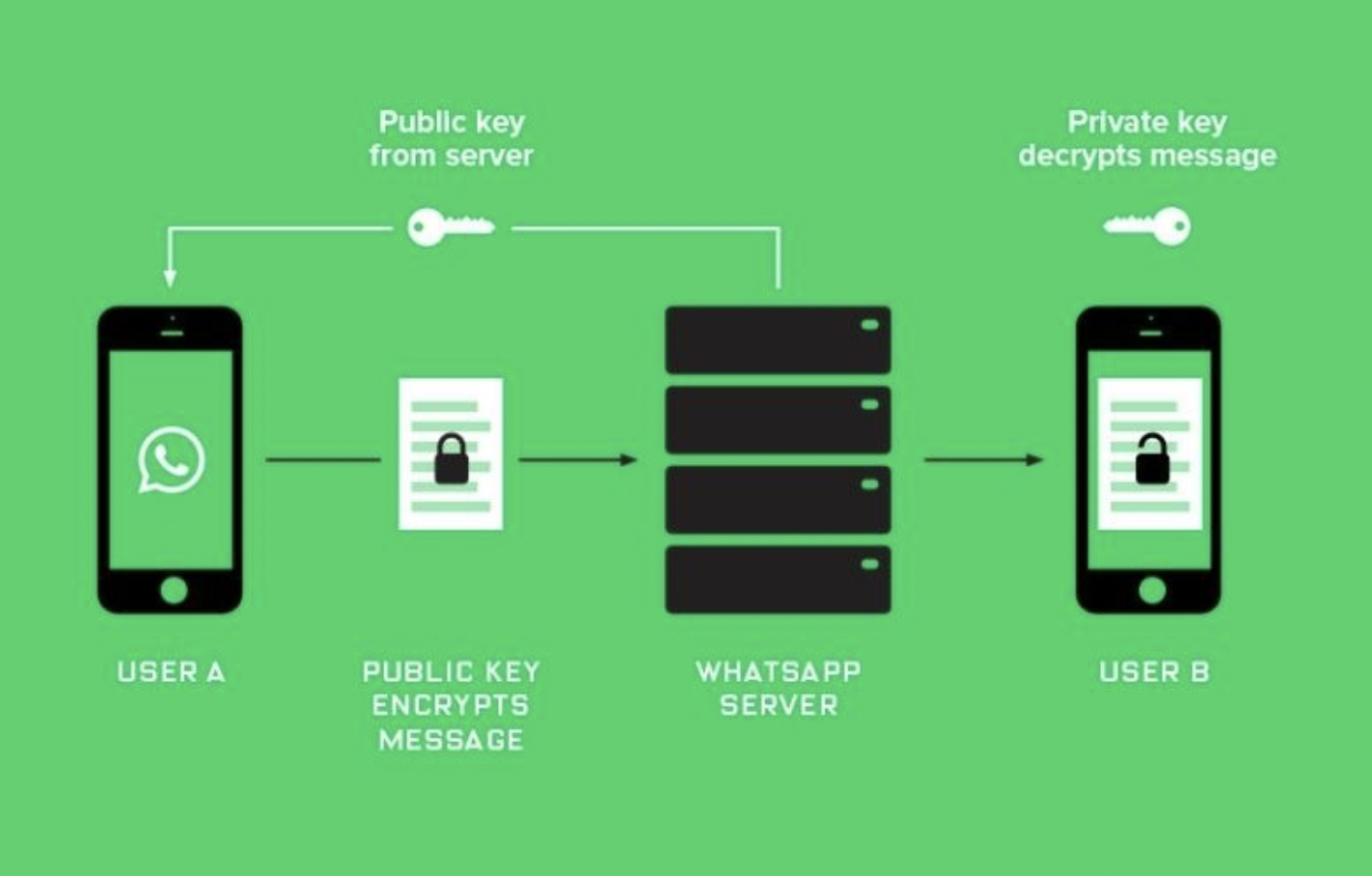 This is how end-to-end encryption works in WhatsApp. (photo: Wired)

This is the security system WhatsApp It was developed to protect the data and private information of its users, in this way they can chat, send files and update their statuses without the risk that a third party can silently take them for illicit activities.

This so-called “end-to-end encryption” is more evident in personal chats than in the app’s groups, as sometimes a caption appears announcing it in conversations.

This security system implies that no one else apart from the two contacts in question can have access to the messages, files and audios that are sent due to the security seals installed in the messaging service and that only the people involved in the conversation can unlock. It should be clarified that this entire process occurs in an automated manner, so no user has to make any type of configuration.

Messages with companies also have this end-to-end encryption 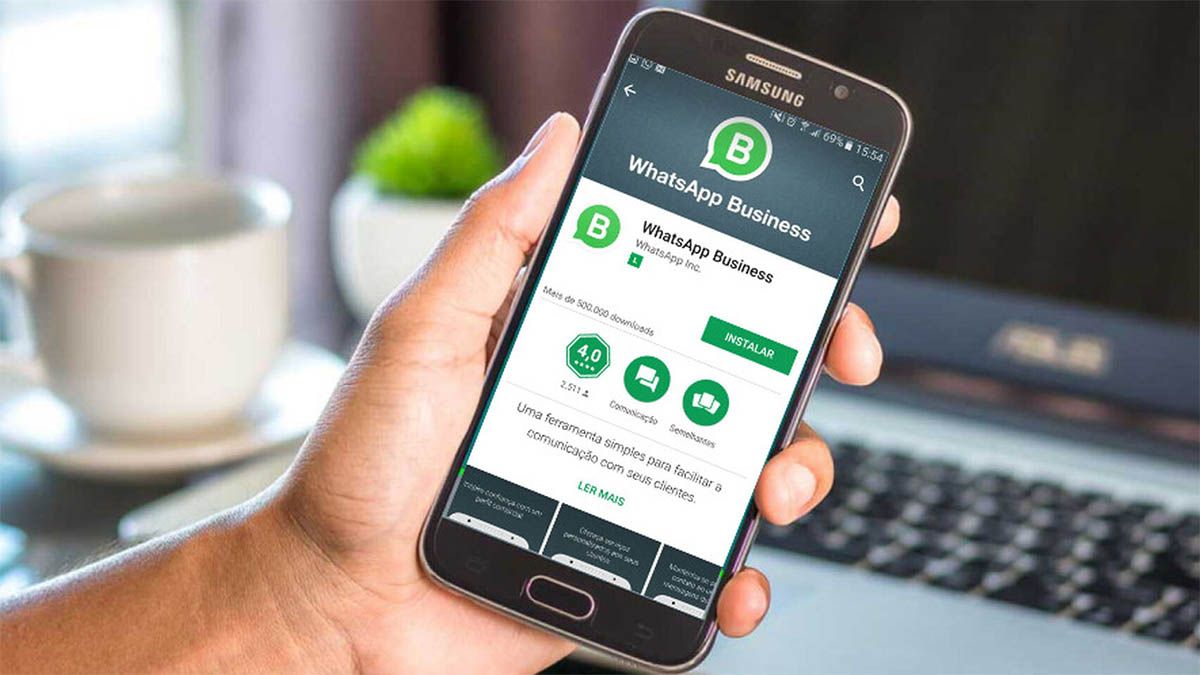 WhatsApp Business does not have this end-to-end encryption. (photo: WWWhat’s New)

The answer is negative, according to WhatsApp It is the companies that have the obligation to protect the data of their clients and carry out an adequate treatment, In addition, organizations also have the power to decide how many of their employees will be granted access to these messages in order to respond to them and address the concerns of their public.

However, users who have a personal WhatsApp account will continue to receive end-to-end encryption protection, which means that people will keep their cell phones safe and messages will leave the account with the respective security seals.

Likewise, any change made to the end-to-end encryption security system will be informed to the user, that is, it is not possible to make any configuration that puts contact data at risk. 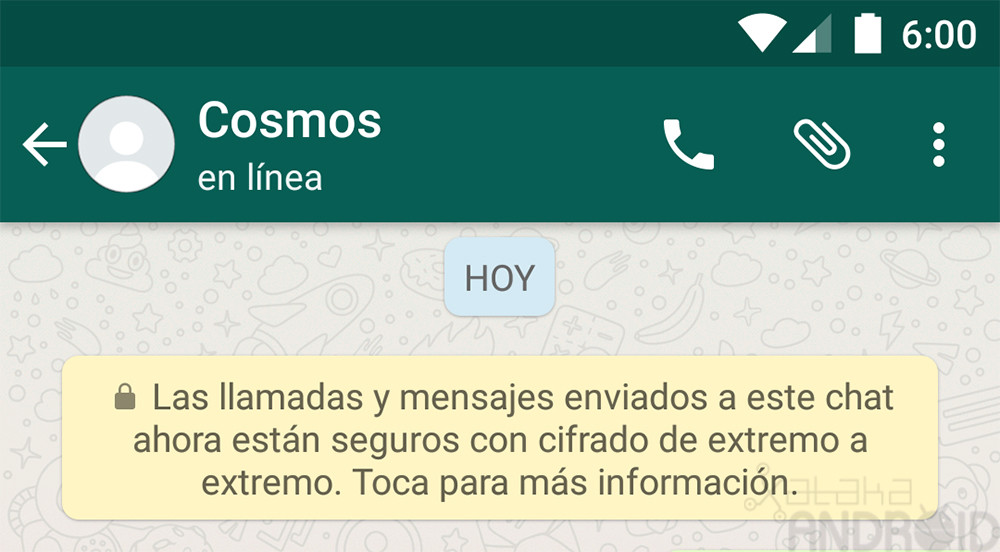 From the application you can consult more information about end-to-end encryption. (photo: Engadget Android)

However, Meta, the company that owns WhatsApp offers businessmen the data processing service of customers who are contacted through the platform, With this, the famous automatic responses will be included and the users’ personal data will only be used to show them advertising from the same company they contacted.

the celebration of Samsung Unpacked He is leaving us a lot of news....
Tech News

One of the things that can happen when using an Android device is...