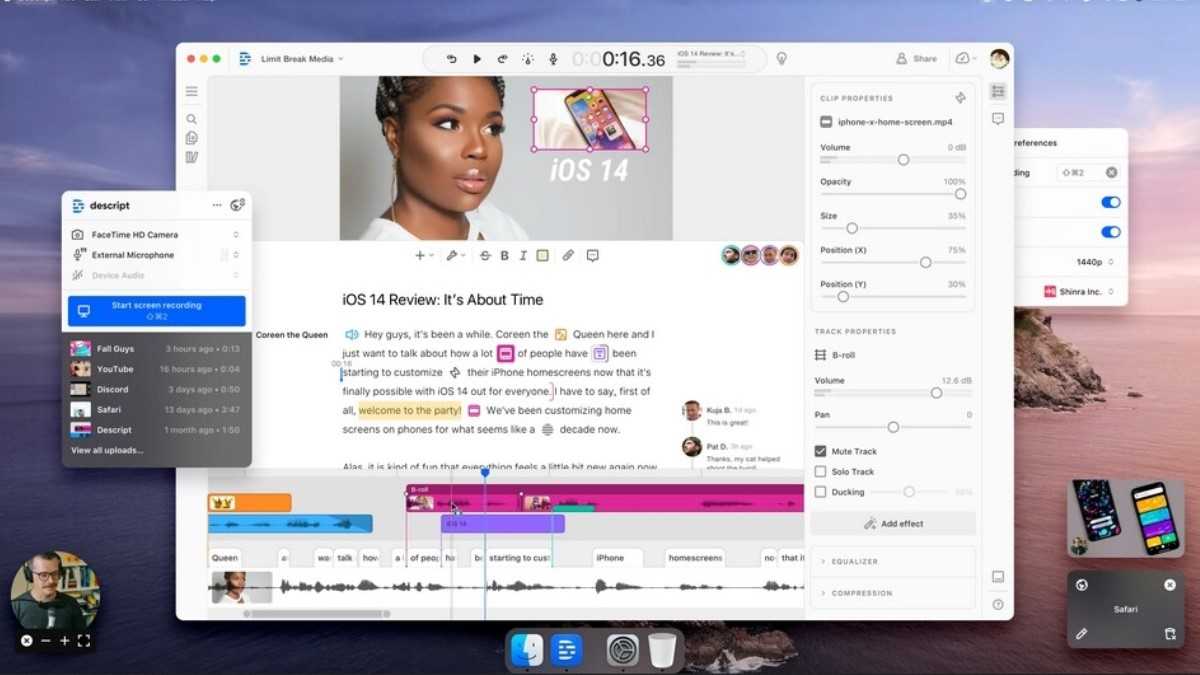 Descript, the video editing tool on the Internet that is characterized by creating transcriptions of the contents with which to edit the clips as if they were paragraphs of a text document, has just presented the new design, which they have been working on for more than a year.

The team behind this project has tried to focus on turning it into a tool that can be available to everyone, and not just for professionals, having observed how, in addition to companies, YouTubers and TikTokers have also been using it over time. .

Among other aspects, the creators take advantage of the available Artificial Intelligence capabilities such as voice cloning, which allows you to change what is said in the videos, as well as tools to remove background noise or even fillers, among others.

In the new chapter that they open with the new version, they aim to offer a more versatile experience in which, although they maintain the transcriptions of the contents, they make it less necessary to use the timeline with the arrival of a new feature called scenes, inspired by in slide management, and which they describe as follows:

Anytime you want your images to change, you just write a slash and then that creates what we call a scene, which is like a slide in PowerPoint or Google Slides. You can drag B-roll or images into your scene, even from our new stock media library, apply a template, or add titles or text. Or you can use our AI green screen to remove your background and replace it with something else.

With this, they seek to offer a different experience for video editing, also remembering that it still has a complete timeline editor, as well as essential functions in video editing tools such as color correction, animations, trimming, and more.

On the sidelines of the new version, they have also announced the new $50 million Series C fundraising round led by the OpenAI Startup Fund, OpenAI’s new investment fund to support startups that create useful tools based on Artificial Intelligence. .