In addition to innovations for the frameworks, the release expands remote Development and the Docker connection. DataGrip has also been released in version 2022.2.

JetBrains has started the update series of its development environments and released WebStorm and DataGrip in version 2022.2. The web IDE brings innovations in interaction with the web frameworks angular and Vue. It also integrates the remote development initially introduced in 2021 via a separate gateway and brings some comfort improvements in the editor. Meanwhile, the database IDE DataGrip can import multiple CSV files in one go.

Working with Angular and Vue

WebStorm 2022.2 brings functions for the standalone components introduced in Angular 14, which no longer require a connection to NgModule and determine the dependencies themselves. The web IDE recognizes as standalone: true tagged components, directives, and pipes. Projects with the outdated AngularJS, whose official support ended in January, can still be created with the development environment, but JetBrains will no longer maintain the integration.

The interaction with Vue 3 also expands the development environment. You can now type constrictions in v-if/else-Process instructions. It also provides autocomplete for the items in the global Vue store Pinia for state management.

For code in Microsoft’s JavaScript superset TypeScript, WebStor 2022.2 handles the module-Endings for the connection to the ESM module system introduced in TypeScript 4.7.

JetBrains introduced remote development for the first time in December with the 2021.3 releases of the development environments from IntelliJ IDEA to RuyMine to WebStorm. The backend of the respective IDE runs as a service on a remote computer, and a gateway takes care of the installation and the connection to the server. A complete development environment is not required on the local computer, but the slimmed-down JetBrains client serves as the front end. The current release of WebStorm takes care of setting up the functions and has directly integrated the gateway for remote development, which is still optionally available as a separate tool.

The IDE also recently automatically connects to Docker for projects that rely on the containerization software. In addition, WebStorm offers direct integration of the Kubernetes management platform Rancher and the container runtime environment Colima.

The editor offers under Preferences/Settings | Notepad | inspections Adjustments for highlighting errors and warnings in source code. In addition, the font size for all editor windows can be increased or decreased simultaneously using keyboard shortcuts, and the editor shows the current font size while zooming, along with an option to reset the default size.

The new entry can be found in the run configurations for executing and debugging the code Current Filewhich suggests a suitable configuration for the currently active file.

Look at the database

The database IDE DataGrip, which was updated shortly before WebStorm, has an extended resolution for SQL scripts in the current release. Previously there were problems when in the scripts the instructions USE or SET SEARCH PATH were missing that provide the context.

The current release now knows two modes for solving: playground resolves the objects in context based on the default database or schema selection box. Of the scriptmode resolves the beginning of the file to match the context, but changes it for USE-Instructions.

This mode is the default for local files to ensure proper sequential processing of SQL scripts. Of the playgroundmode is suitable for queries that run independently of each other without a specific order. It applies to the query console by default. In addition, DataGrip 2022.2 can import multiple CSV files in one go.

Further details can be found on the Webstrom blog and the contribution to DataGrip 2022.2. JetBrains offers all IDEs in a subscription model, where the price falls within the first three years. WebStorm currently costs €59 for personal use for the first year and DataGrip costs €89 annually. Starting in October, the subscription prices for the JetBrains development environments will increase by around 15 percent on average. 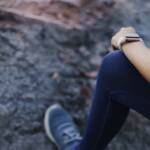 Logitech has released new mice and keyboards specifically designed for Apple devices. But is...
Amazon

Amazon has announced a new version of the Echo Dot that includes a temperature...