google surprised us last year by announcing that android games would come to Windows from Google Play Games for Windows. It later released a limited beta program which we have finally been able to access and test.

We have been able Try Google Play Games for Windows and we’ll tell you how it works, what requirements you have and if bringing Android games to the “big screen” of mobile phones is a good invention or not. 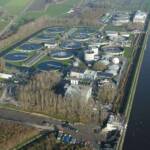 Google Play Games for Windows is still a closed beta to which you must register on the Google Play website. Registration is only active in a few countries, while in the rest you will receive the message “The beta is not yet available in your region”. Then you can sign up to be notified when the beta opens.

If the beta is open in your country, then you enter a waiting list that can take months. When it’s your turn, an email from Google tells you that you can finally download Google Play Games for Windows. Well, if you meet the technical requirements.

In addition, meet the minimum requirements

As you might expect, Android games run on Windows using a virtual machine, which means you need some power to run them. Since the initial launch of Google Play Games for Windows, Google has lowered the minimum requirements a bit. They are not excessive, but it will not be worth it with any PC you have at home with Windows.

Best of all, you won’t have to do any manual checking, since the first step in your journey on Google Play Games for Windows is to download a tool that will help you check if your PC meets the requirements. It is a small tool of 2 MB in size that in a second tells you if your PC is suitable or not. 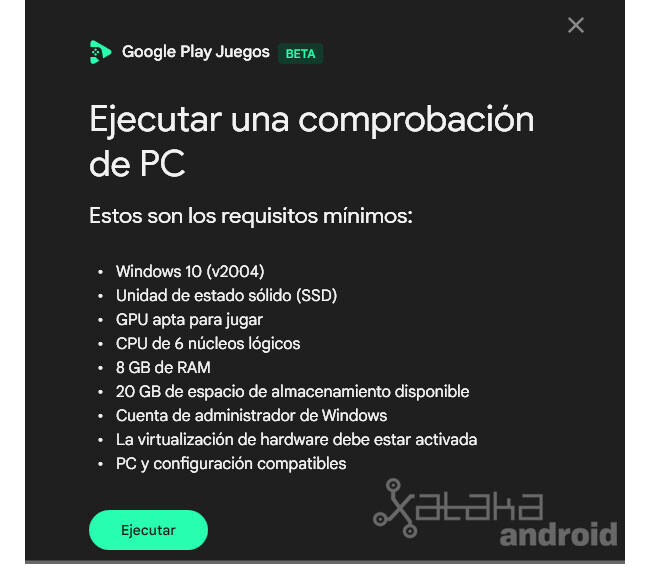 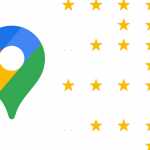 How to see all your Google Maps reviews

The tool opens the results in the browser and it will be there where you can, now, download the main client of Google Play Games for Windows. If you prefer to know the minimum requirements before signing up for the beta or downloading anything, they are as of today:

Games, there are not many 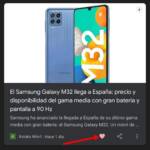 What happens when you ‘like’ Google news and where are those favorites saved?

With the Google Play Games client installed, it’s time to log in. Google will only allow you to sign in with a Google account that has access to the beta, so even if you manage to get hold of the installer, you won’t be able to get past this point. By logging in you will finally have access to Google Play Games for Windows.

The Google Play Games app for Windows is very similar to the Google Play website. Today it has only three tabs: Start, Library Y All the games. Home is a bit of a potpourri of recommendations for games to download, although since there are so few nowadays, the truth is that it doesn’t make much sense. It almost pays more to go directly to All the games. 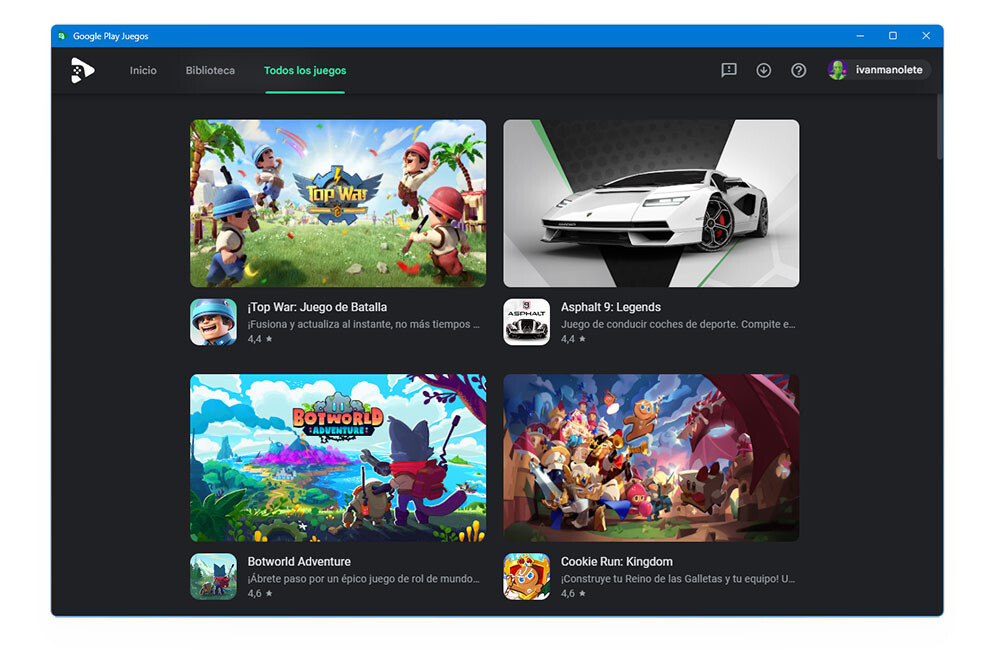 The list of available games is expected to grow and vary from region to region, but the truth is that there are not many. Exactly 24 games appear to me, although not all of them are installed directly from Google Play, as we will see a little further down. If you’re curious, these are the games that appear as available to me:

Google Play Games for Windows doubles as a place from which you can find, download, install and play android games on a PC and in a very simple way. For now all the games that are compatible are free, so if you want one all you need to do is press the download button. ´

When it finishes downloading, this button will change to Playalthough the easiest way to find the games you already have installed on your PC is to use the Library tab. In case you had a lot (which is a bit difficult in this beta), the latest games are displayed in a panel on the home tab, so you can easily go back to them. 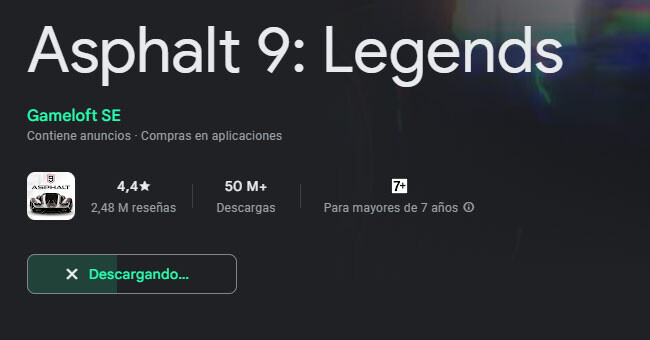 Of course, keep in mind that this works the same as on mobile. Some games they will ask you for an additional download as soon as you open themand that download can be quite large, depending on the game.

As a curiosity, it is also possible install games from google play web. As long as the game is compatible, it will appear under the name of Google HPE Device in the device list. Choosing it automatically downloads it to the Google Play client for Windows. 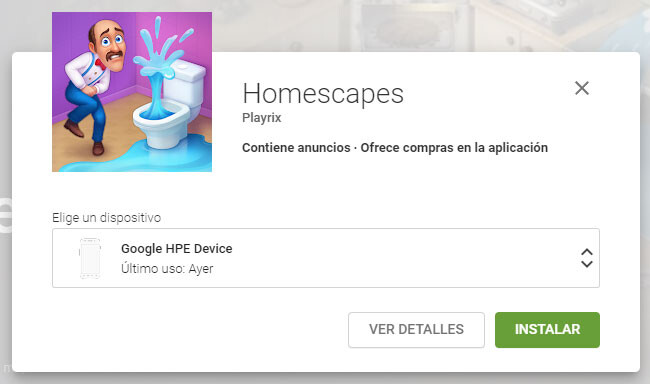 You can also install games from the Google Play website. The device appears under the name Google HPE Device

We said before that most games can be installed directly from the application, but not all. To add some confusion to the matter, there is two games installed separately, downloading an EXE file with its installer directly from Google Play. The games are Genshin Impact and Lineage W.

With everything ready and a few games installedNow is the time to test the invention. Google Play Games for Windows is far from reinventing the wheel, since Android emulators for Windows focused on games have been with us for years. The big news is that this time it comes directly from Google.

The select list of compatible games for Windows adapts without problems to the horizontal format and can be used both in full screen -which is how they open by default- and in window mode. in my tests I haven’t had any performance or slowdown issuesalthough the truth is that most games are quite simple. 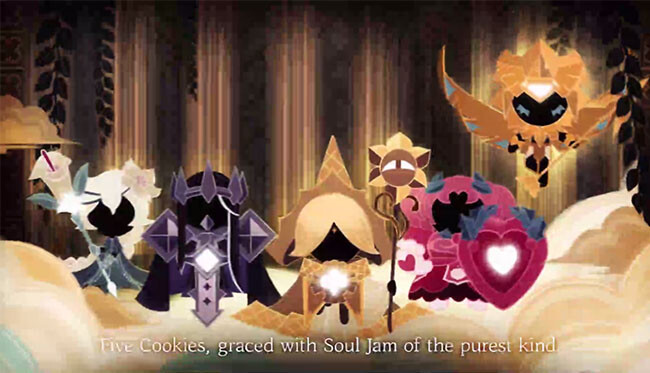 Some games look a bit pixelated, especially in cutscenes

The quality of the games is variable and depends a lot on the game. While some of them seem to take advantage of resolution, others are somewhat pixelatedespecially in videos. After all, it is not the same to watch a video on a small mobile screen than on a monitor of more than 20 inches, and not all games will have bothered to create high-resolution graphics.

The case is curious in a 3D game like Asphalt 9, where certain saw teeth can be seen in the 3D models. We must remember that the games are the same -beyond the optimizations that the developers have wanted to add- but that Google Play Games for Windows does not optimize or add any additional filters. It is limited to emulate, without more. 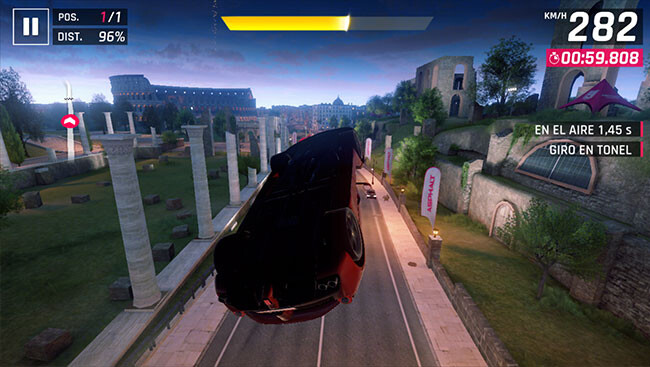 And what about the controls? Here’s one of the biggest problems with testing the beta, and that is that most of the games are very simple, so mouse control is all you need, and it works really well. Instead of tapping on buttons like you would on mobile, you click the mouse.

For now almost no game lets you take advantage of it, but keyboard control is also available, as you can see in the screenshot below, from Asphalt 9. Technically, the technology is ready to use the keyboard and mouse as in any other game on Windows, although for now almost none of the compatible games support it. We have not been able to test plugging in a console controller for this very reason. 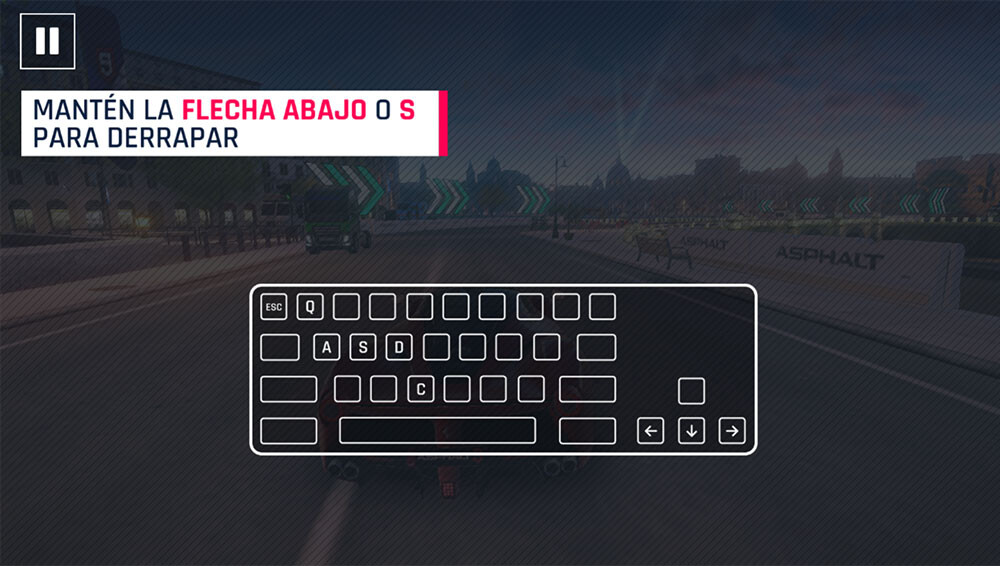 The games are controlled with the keyboard and mouse. Mostly with the mouse.

In short: Android games, but on PC

As we mentioned before, there are dozens of initiatives to bring Android games to PC, such as BlueStacks or MEmu Play. Google is frankly late to the partybut it has the power to bring some order to the matter and incentivize game developers to support this format.

If the beta is successful and the system ends up being opened up to everyone, playing Android games on PC will be as common as doing it on mobile or tablet, and the system works as it should: it is easy and intuitive to use and the games work well. What more could you want? 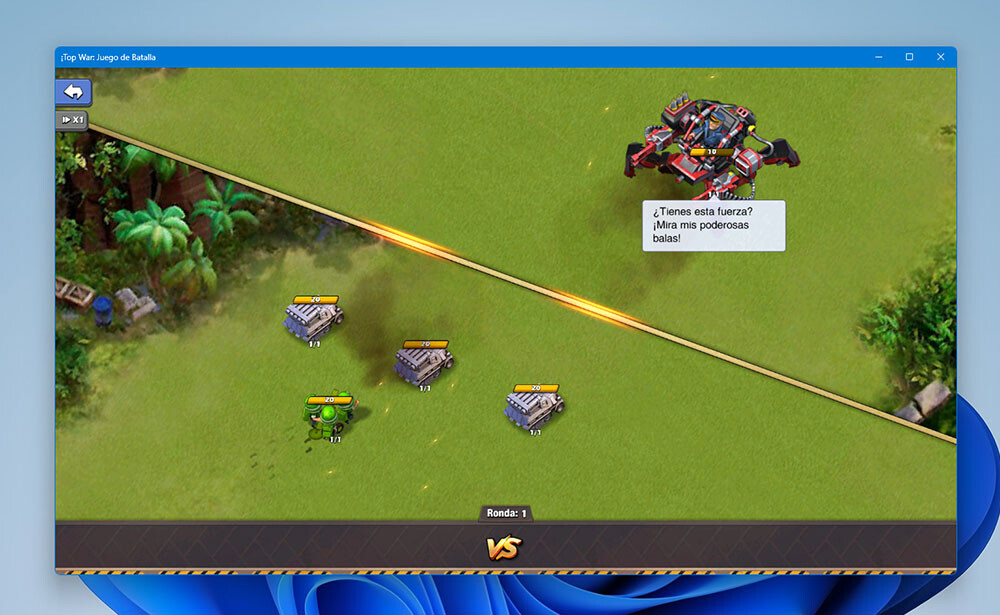 As expected, Google Play Games for Windows is still a little green. It has literally only one option in its settings, not a single gaming tool (something common in alternatives like BlueStacks) and the list of supported games is very scarce. The system promises, although we are talking about Google, so you never know if it will go well or end up in the evidence graveyard.