TechSmartAerezona Developers
HomeTech NewsCommunicationVodafone, Disney+, Game Pass... everything that goes up in price in a...

Vodafone, Disney+, Game Pass… everything that goes up in price in a matter of weeks 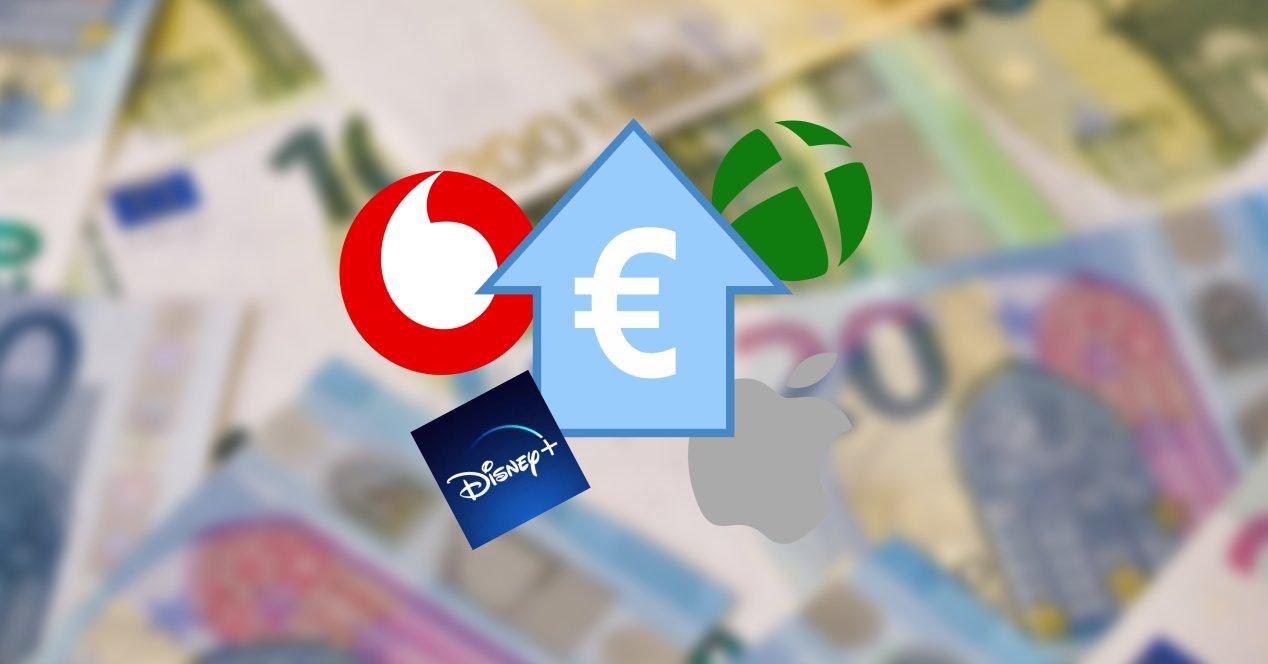 In case you haven’t heard enough in the news: we’re in a inflation situation widespread. The prices of many of the goods and services are through the roof and that means that, sooner or later, if something has maintained its usual price, it will go up.

There are many services or rates that are going to rise within the next few days or weeks. We review some of the most prominent cases.

Vodafone will affect the IPC in its rates

One of the examples that made the worst sense within the telecom sector was the case of Vodafone, who was perhaps the one that made it clearer that it does not expect the general price increase to pass by without doing anything. The red operator was the first to confirm that would adjust its prices based on the CPI. This new measure will take place from January 1, 2023. 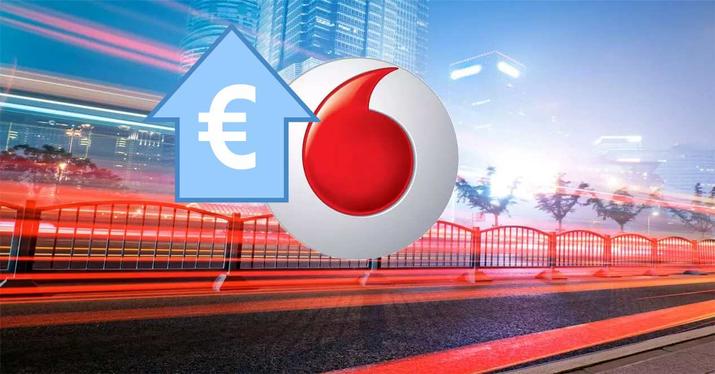 The implementation of this new recalculation of rates based on the CPI it will occur between January 1 and March 31, 2023, and from then on it will occur every year in the first quarter. The CPI formula that Vodafone will apply will be determined by the official CPI calculated from October of the previous year (2021) to September of the current year (2022).

The rest of the operators will also raise prices

The rest of the operators they will not link their rates to inflation, but they do prepare price increases. In the case of Movistar, in February there will be news in the portfolio of offers, but it will not be “more for more” as has happened in previous years.

In the case of Orange, the company also acknowledged during the presentation of quarterly results that, although the new portfolio for 2023 is not yet defined, it is a possibility that prices will rise, especially if its rivals follow Vodafone.

phil spencerCEO of Microsoft Gaming, has been asked about the issue at the WSJ Live event and dropped that the price of certain things will have to go up in the future. 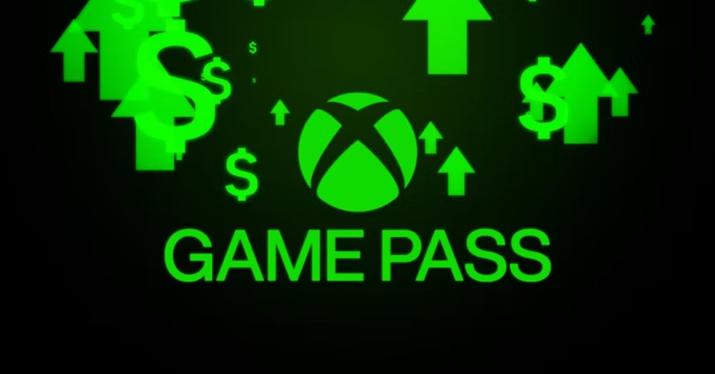 “We have kept the price on our console, our games and our subscription. I don’t think we can do that forever. I do believe that at some point we will have to raise the prices of certain things, but for this Christmas we thought it was important to maintain prices.

«We’ve held price on our console, we’ve held price on games… and our subscription. I don’t think we’ll be able to do that forever. I do think at some point we’ll have to raise some prices on certain things…» https://t.co/jRt5ifKpE5

Although it is not specified what those “certain things” are, but taking into account that they recently said that they do not plan to raise the price of Xbox Series X (499 euros) or Series S (299 euros), as Sony has done with PS5, they will have to be the services.

Disney+ will include ads as an alternative to upload

The Disney video platform prepares to one of the biggest rises it has had in its short existence. Until now, the single rate for Disney + is 8.99 euros per month or an annual subscription of 89.99 euros per month. 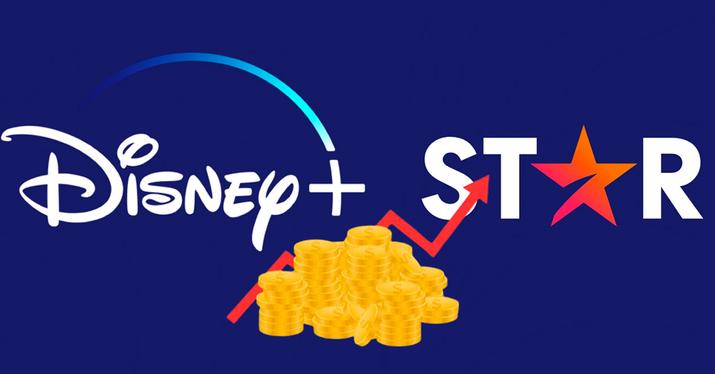 In the United States, to compare where we know how much prices are going to vary, right now it costs 7.99 euros per month and 79.99 for the full year. As confirmed, starting December 8, American users will have to pay $10.99 per month or $109.99 per year.

At the moment it is unknown what the percentage of increase that we will have for our country will be, but it is to be hoped that in the near future it will be known how much it will relieve the 8.99 euros that the service has been costing for a short time. (The arrival of Star in February of this year raised the price of the platform in Spain from 6.99 euros per month and 69.99 euros per year).

To try to compensate things somewhat and that there is an option with more or less the cost of before, it will be introduced a special plan with ads, which will be priced at $7.99 per month or $79.99 per year. This will mean only a monthly saving of one dollar with respect to the price that was had until now.

In Spain, the monthly fee to access its film and television catalog, AppleTV+, will become 6.99 euros instead of the 4.99 it cost since its launch in 2019, an increase of 40%. If you were subscribed to AppleMusicwill cost one euro more than it used to, going from 9.99 euros per month to 10.99 euros per month. 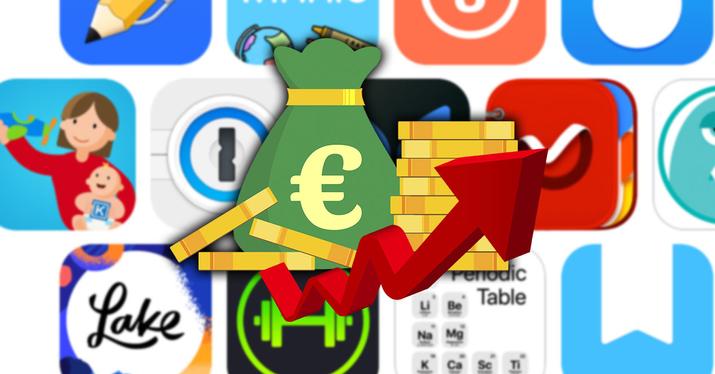 The rise in prices has also been reflected in the app store. Since last October 5, “Prices for apps and in-app purchases (excluding auto-renewing subscriptions) on the App Store will increase in Chile, Egypt, Japan, Malaysia, Pakistan, Poland, South Korea, Sweden, Vietnam and all territories that use the euro currency. This modification applies to all prices, both when buying an application and payments within the same app.

Steam adjusts prices to the dollar and that hurts us

Buying on Steam is something that can be done in many currencies, so some lose more or less depending on each case. Recently, the digital store for PC games owned by Valve reported that the strength of the dollar against other currencies will imply important changes in the store.

Steam has updated their recommended prices for game developers, we have a list of all the changes in a new blog post: https://t.co/9BQ6YKgYfG

Steam just implemented a few days ago an adjustment in the suggested prices of the games. In the case of the euro zone and, therefore, in that of Spain, the increase is around 18%although there are much worse off regions, such as 485% for the Argentine peso.