TechSmartAerezona Developers
HomeTech News5G Newsvivo X80 Lite 5G is a smartphone that has its strength in...

live has officially announced the X80 Lite 5G, a smartphone belonging to the brand’s X series and whose main feature is in the cameras, since it includes a 64MP and Optical Image Stabilizer (OIS) on the back and another 50MP on the front with autofocus. Its name already suggests that efficiency is another important aspect of the device.

The vivo X80 Lite 5G incorporates a SoC MediaTek Dimensity 900 accompanied by 8GB of RAM and 256GB of storage internal for data expandable up to 1TB via microSD. That combination, according to the manufacturer, should offer a good experience with video games and multitasking. On the other hand, the 6.44-inch screen is AMOLED type and works at a frequency of 90Hz and a native resolution of Full HD + (2400×1080 pixels).

After covering the basic internals, let’s focus on the big draw of the smartphone: its cameras. The vivo X80 Lite 5G has a triple camera setup on its side rear with a main 64 megapixel and OISan 8-megapixel wide-angle and a third 2-megapixel macro for close-up shots.

For its part, the front camera is 50 megapixels, a resolution generally higher than what is usually seen on this front. As features, it has autofocus and eye focus capabilities, which make it easy to take sharp images and videos. It is capable of recording videos at 4K resolution and thanks to the use of an artificial intelligence algorithm it can optimize the sharpness of the image. In addition, it has a Natural Portrait mode that improves the overall texture and clarity of the skin. 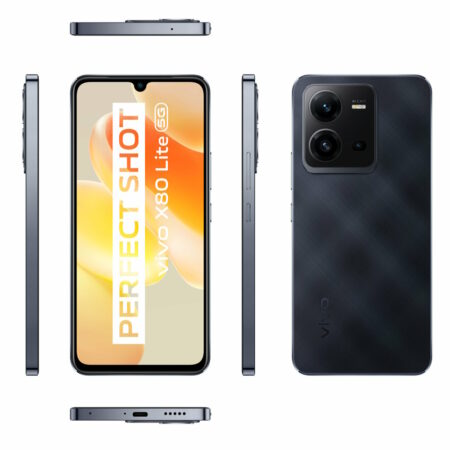 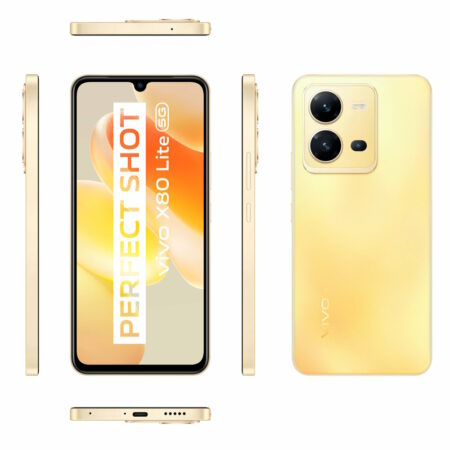 The X80 Lite 5G wants to offer professional quality video recording, so it includes Hybrid Image Stabilization (EIS), which combines optical and electronic image stabilization to make video recording clearer and more stable. However, it is important to note that EIS and Super Night Video mode cannot be enabled at the same time.

As for the battery, the smartphone at hand has a 4,500mAh with 44-watt vivo FlashCharge fast charge, with which it is capable of recharging up to 61% in just 30 minutes. The thickness of 7.79 millimeters and the weight of 186 grams should give a feeling of lightness in the hands, while the operating system is Android 12. It will be available in black and gold colors and is expected to be launched on the market in Spain at mid-October at an approximate price of 450 euros.