Vivo X Fold, first impressions: the homework done in a folding that leaves us wanting

The folding phone market has begun to take off in recent years and more and more brands are betting on this type of format. For several years, Samsung, Xiaomi, Huawei and OPPO, among others, have been establishing this new category in the world of mobile telephony to which, last April, Vivo joined with the Vivo X Fold.

This new player on the folding phone board is the first folding device that Vivo has developed and, for the moment, it will not see the light of day in the West. Despite this, the Vivo X Fold It has come into our hands in a fleeting way and, after having tried it, we are going to tell you what this company is capable of in terms of folding phones. And we anticipate that, for its debut, Vivo has managed to make a fairly solid and competent bet, and with a physique that is inevitably reminiscent of its most direct competitor: the Samsung Galaxy Z Fold 4.

A high range on all four sides

Like the vast majority of foldable phones we’ve tested, the first thing to know about the Vivo X Fold is that it is a high end phone that transmits and gives off quality in all its sections. As can be seen at first glance, its design has been especially familiar to us, since the format chosen for the folding of its screen is the book type, similar to that of other folding devices from the competition.

The finishes of this Vivo X Fold pursue that premium phone air, thanks to a casing covered in rough leather, which offers a very pleasant touch. Vivo’s X Fold is therefore a large phone, with a generous weight that exceeds 300 grams. 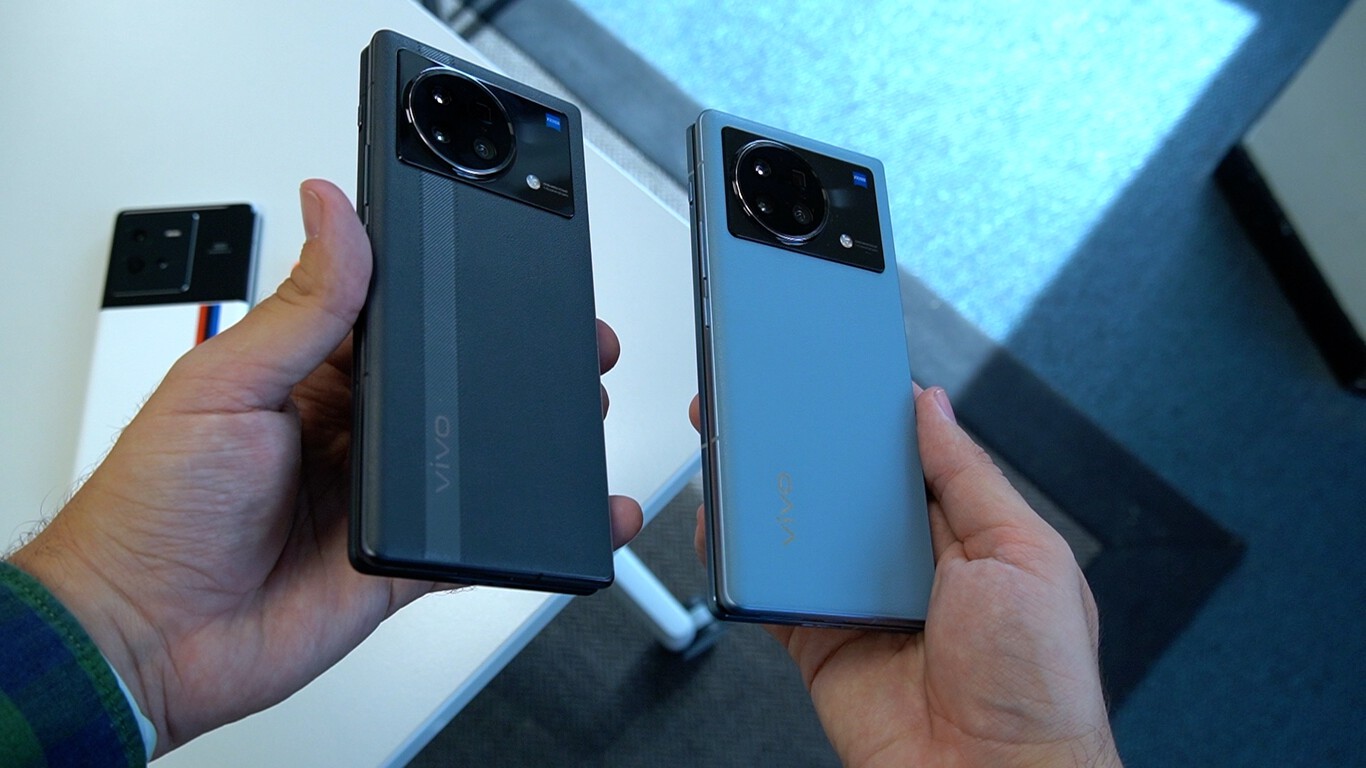 Folded, as usual in this type of device, the phone is quite thick, since the two screens are superimposed next to each other. Despite this, the grip when folded seemed to us surprisingly comfortable and does not slip at any time. After using it for a while, the 300 grams of it remind us how heavy the terminal is, something that we can remedy using both hands.

Like any good self-respecting folding book format, the Vivo X Fold has two screens. First of all, its outer screen has a size of 6.53 inches. Fortunately, this panel turns out to be wider and not as vertically elongated as that of the latest Samsung foldables. This favors much more comfort when using it individually, getting closer to the concept of a traditional telephone. 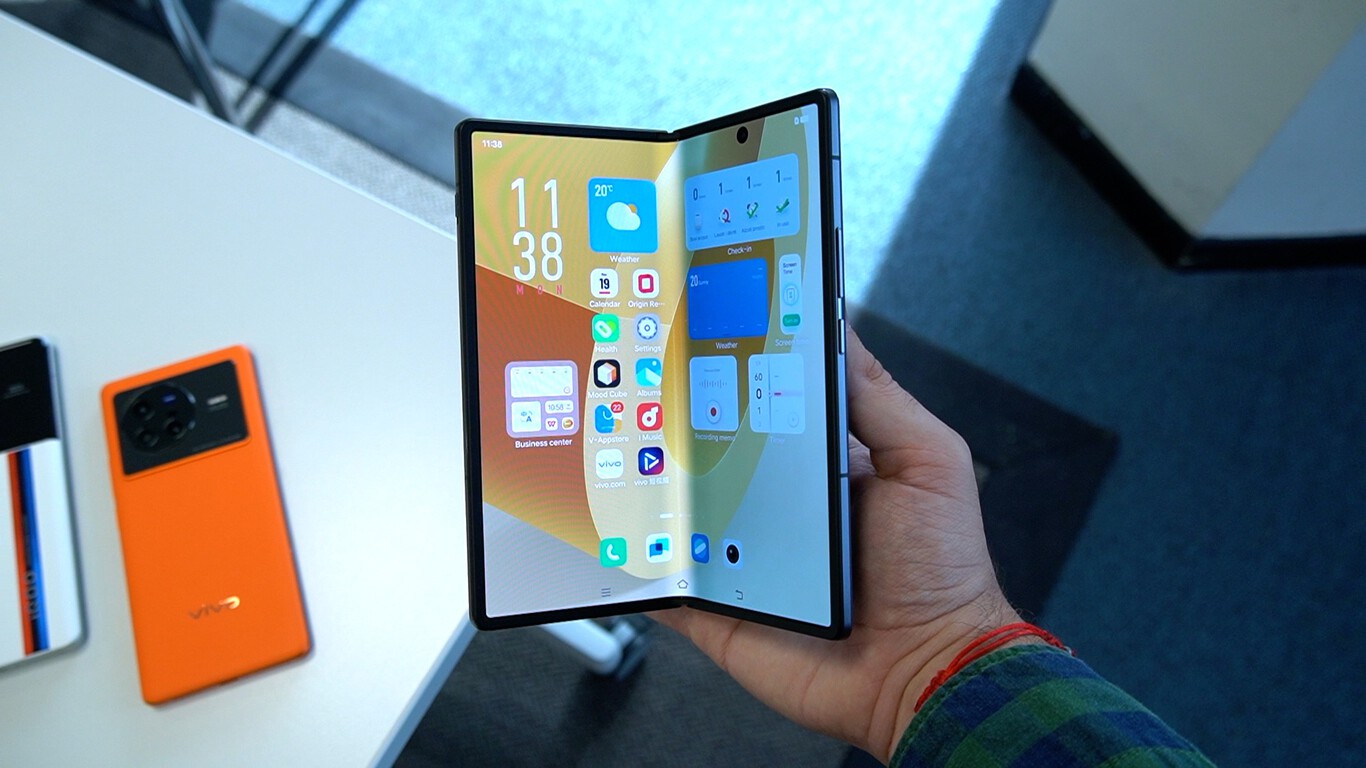 When we unfold the Vivo X Fold, the resulting screen is 8.03 inches, a larger panel than the one we can find in Samsung’s Z Fold 4 (7.6 inches). This screen arrives surrounded by a generous outer frame that, in my opinion, does not hinder the user experience too much.

Both panels have AMOLED technology and offer good quality, which is accompanied by 12GB of RAM and with configurations of 256 or 512GB of storage. On paper, it is a group more than capable of offering a adequate performance for any task, from the simplest to the most demanding. And during my experience with him is what I have perceived. Stability, fluidity and zero lag.

I would have liked to see how this terminal behaves at a sustained performance level, but since it was a first contact, I have not been able to test it in depth. 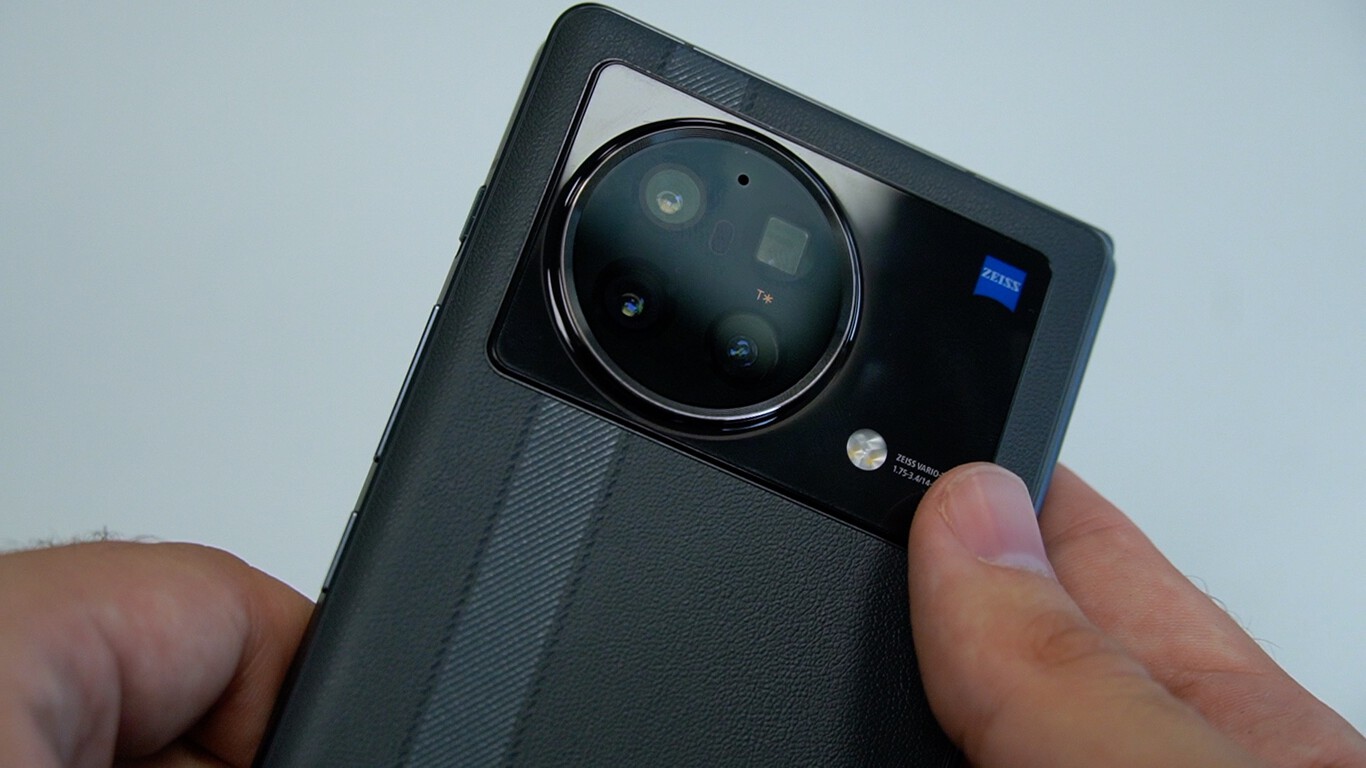 Changing the third, the camera section is the least I have been able to try in this first contact and I have not used it in the most appropriate conditions either, therefore I cannot tell as much about my experience as I would like. What I can tell you is that, on a technical level, and as is the case with the Vivo X80 Pro, the camera system of this folding has been co-designed together with ZEISSGerman company in charge of developing optical equipment and lenses.

The signature of this company is found in the software section, as well as in the hardware section, providing stability and quality that, in the little that I have been able to use it, has reminded me a lot of what I was able to enjoy in its day of Vivo X80 Pro. 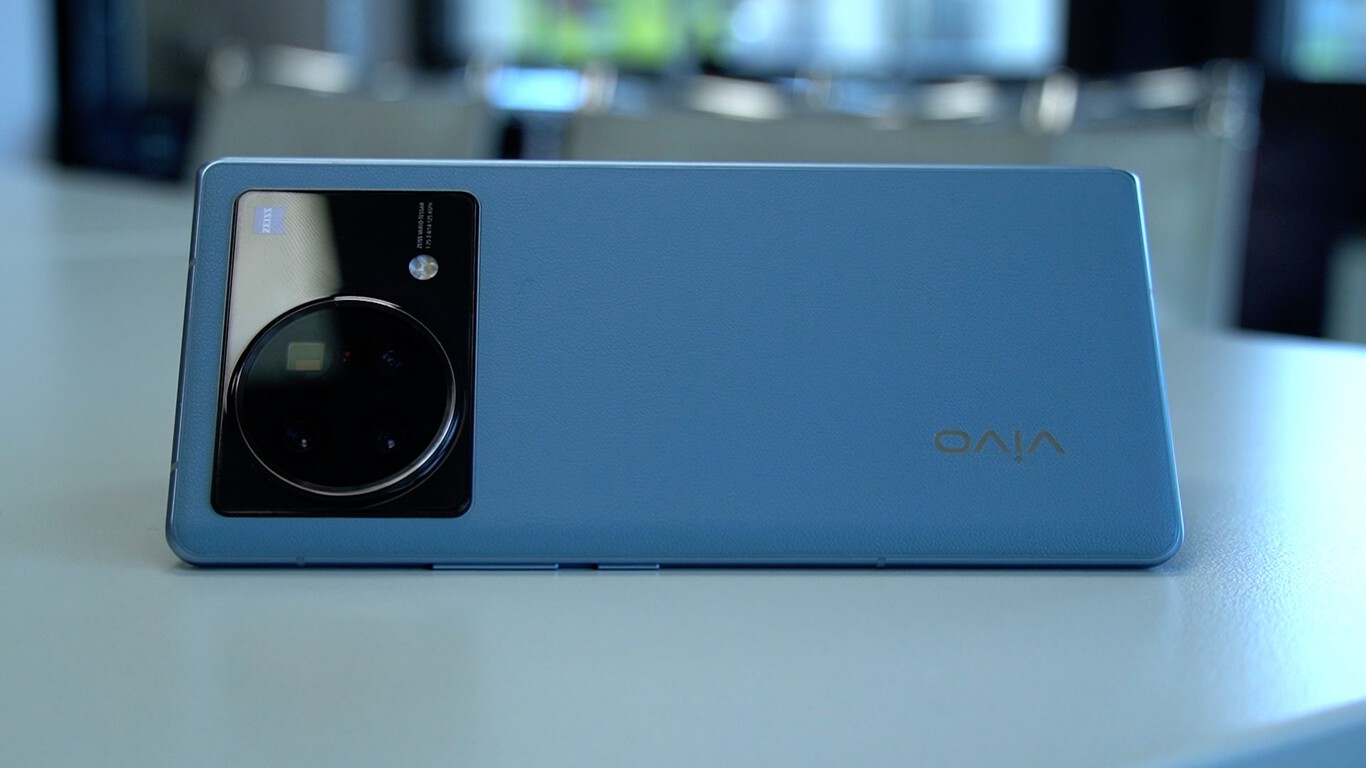 At the battery level, the Vivo X Fold maintains the quality standard of the rest of its specifications and has a 4,600 mAh capacity battery. We would like to talk about the behavior of its autonomy, but the short test time has not allowed us to have a clear estimate on this section.

Vivo’s first phone arrives with 66W FlashCharge fast charging. According to company data, it allows you to recharge your battery to 50% in just 17 minutes, completing 100% in less than 40 minutes. In addition, it is also capable of taking advantage of 50W wireless charging, making it a device that is well served.

A flagship that leaves us wanting more 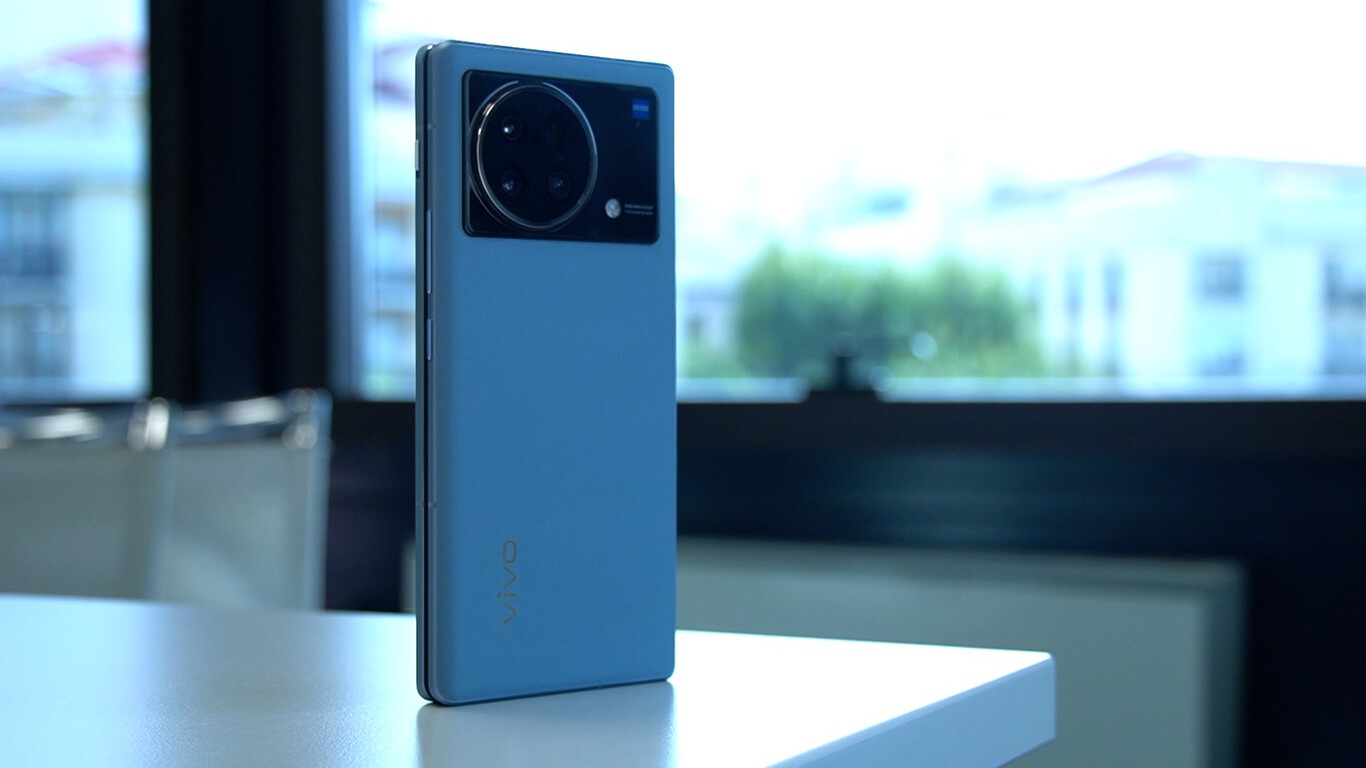 Vivo has had time to learn from its main competitors in the development of folding phones and that is just what we see in this Vivo X Fold. In all its sections, also including the price.

This phone takes advantage of the benefits that we have seen and experienced in its competition, so, in general, this first folding proposal from Vivo seems very solid in all its points: construction, specifications and user experience. At the price level, and if we take into account the direct conversion of yuan to euros, This device has an approximate price of 1,300 eurosturning out to be cheaper than some folding terminals of the competition, but also being far from the pockets of most users. 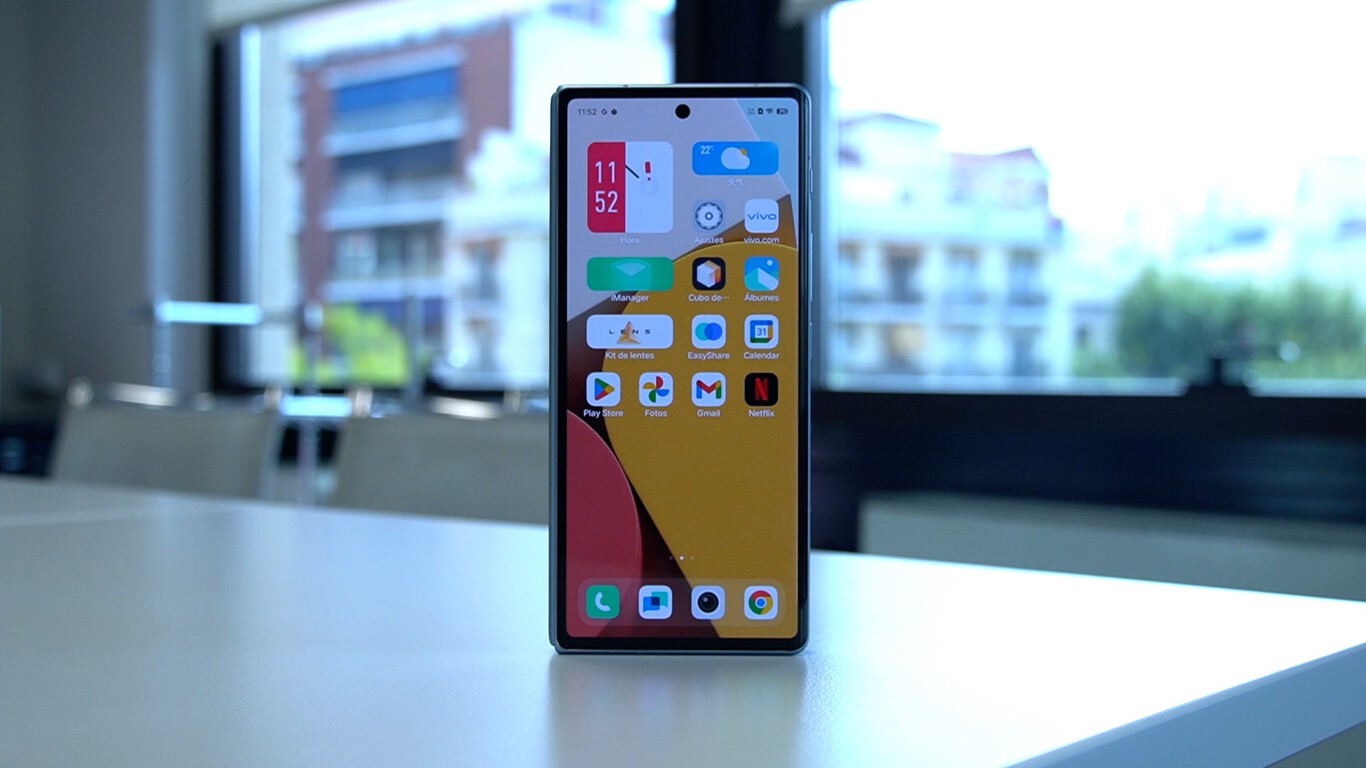 The feeling after our first contact with the Vivo X Fold is bittersweet. We liked what we saw, but we are going to be left with the desire for it to arrive in our country to compete head-to-head with Samsung’s foldable giant.

We understand why this happens. It is normal that Vivo does not want to risk bringing a folding proposal to the West. This market is still very far from the general public, which normally looks for the cheapest offer when buying a mobile phone. And that, perhaps, is the great giant against which folding phones will have to continue fighting in the coming years.

The device automatically analyzes the user's movements and breathing rate to wake them up...
Apple

Logitech has released new mice and keyboards specifically designed for Apple devices. But is...