Several US States are calling for a competition lawsuit against facebook to be reinstated. The corporation’s actions continued to cause harm.

A nearly every state group, led by the state of New York, called for the retrial of an antitrust lawsuit against Facebook in an appeals court on Monday. The company’s actions would still cause damage, it said in justification. The states also didn’t wait too long to file their lawsuits. 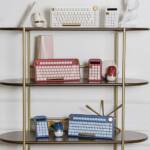 AZIO IZO: the wireless mouse and calculator keyboards that match your life

New York Attorney General Barbara Underwood, who represents the group of 46 states plus Guam and Washington DC, said it was wrong to treat the states’ filing like a class action and give them a deadline by which to sue. This is reported by the news agency Reuters. The states of Alabama, Georgia, South Carolina and South Dakota are not involved in the process.

According to the report, Underwood argued that the states’ lawsuit was more akin to a criminal prosecution, so a provision prohibiting unreasonable delay in bringing a lawsuit was not applicable. Facebook’s actions have damaged the economy and the market.

States are asking judges at the US Circuit Court of Appeals for the District of Columbia to reinstate a lawsuit filed in late 2020. In December 2020, the US competition authority Federal Trade Commission (FTC) and almost all US states filed lawsuits against Facebook.

The FTC accuses Facebook of illegally impeding competition for years. Facebook bought Instagram and WhatsApp because they threatened to endanger Facebook’s dominance. In addition, Facebook has abused its supremacy to restrict other online services. This is a violation of the Sherman Act.

The US Trade Commission’s lawsuit portrays Facebook as a monopoly in the US market for personal social networks. Facebook maintains this monopoly not through better competitive performance, but through illegal acquisitions and the establishment of its own rules.

A second lawsuit was filed almost simultaneously by 46 US states and the territories of the District of Columbia and Guam. She basically takes the same line and also complains about a violation of the Clayton Act.

Facebook objected and presented the competition lawsuits as inadmissible. At the end of June 2021, the group scored a major success in court: both lawsuits, which could have led to the company being broken up, were initially dismissed. A US federal court reasoned that the US states had allowed Facebook to operate for too long and thus missed the opportunity to stop the group. Instead, the FTC’s lawsuit fails to explain Facebook’s market share.

In a second attempt at the beginning of the year, however, the FTC’s lawsuit was admitted. And the US states also appealed the judge’s decision to save their antitrust lawsuit against Facebook. At the hearing on Monday, they reiterated the call for a retrial. 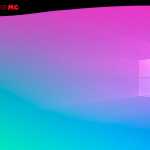 Microsoft publishes Windows 10 21H1 beta for any user Do you want to try it?

Facebook attorney Aaron Panner, on the other hand, argued that the Instagram and Whatsapp acquisitions were known, as was the company’s policy on third-party apps. Facebook has been accused of penalizing apps on its platform that connect to other social networks, for example.

Panner explained, according to Reuters, that the statute of limitations should apply because the states’ lawsuit was more of a class action than a criminal prosecution, and that the actions described “happened years ago and did not raise any antitrust concerns at the time.”