US Space Force has its own anthem

The Air force space Command, renamed Space Force, has written an anthem for itself. Its brevity is refreshing.

The US Space Force has presented its own anthem. It’s called “Semper Supra” (roughly: “Always up” or “Always over it”), lasts a good half a minute and goes like this:

“She-Hulk: defender of heroes” changes its premiere date on Disney +

We're the mighty watchful eye, guardians beyond the blue.
The invisible front line, warfighters brave and true.
Boldly reaching into space, there's no limit to our sky.
Standing guard both night and day, we're the Space Force from on high.

With your consent, an external YouTube video (Google Ireland Limited) will be loaded here.

I consent to external content being displayed to me. This allows personal data to be transmitted to third-party platforms (Google Ireland Limited). Read more about our privacy policy.

Problems with the control of the Fire TV Stick? So you can easily fix it

The lyrics are by Senior Airman Jamie Teachenor, who has written libretti for a number of country music artists and recorded his own records. According to his own statements, internal white papers and discussions with senior managers served as the starting material for the Space Force anthem. The melody was contributed by Sean Nelson, head of music for the Coast Guard: He put together the “most exciting kind of sounds” for it, says Nelson.

Air Force Chief of Staff Charles Q. Brown Jr. did not want to criticize his Space Force’s new anthem on Tuesday, as reported by military.com: “I’m sure we’ll get used to it,” said the four-star general.

The question remains where in the universe is up.

The US Space Force

The Space Force is a dream child of former US President Donald Trump. Trump actually ordered the establishment of his own space combat force as a sixth force alongside the army, air force, navy, marines and coast guard. However, the President lacks the authority to do so; the US Parliament is responsible. There, however, the members of the Democrats did not go along with it.

In 2019 it became a compromise in the form of an air force corps renamed Space Force with a little more money. Essentially, the Air Force Space Command, which has existed since 1982, was renamed Space Force and partially restructured. Its commander got a new title “Chief of Space Operations” (CSO).

Trump did not achieve his own ministry and detachment from the Air Force, but created a few new posts in the Air Force Ministry. Secondly, purchasing for the Space Force will be reorganized. The space agendas of the secret services NRO (National Reconnaissance Office) and NGA (National Geospatial-Intelligence Agency) were not touched.

Republicans and Democrats agree on one thing: the USA should dominate space militarily. Just like with military music, there’s always room for improvement. 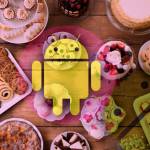 Android 11 also has a dessert name and they finally reveal what it is!

Competition for chip production will affect Japan, Korea and Taiwan, and Nvidia, Samsung or...
Tech News

Microsoft Edge 106 is the new version of the software giant's web browser, the...