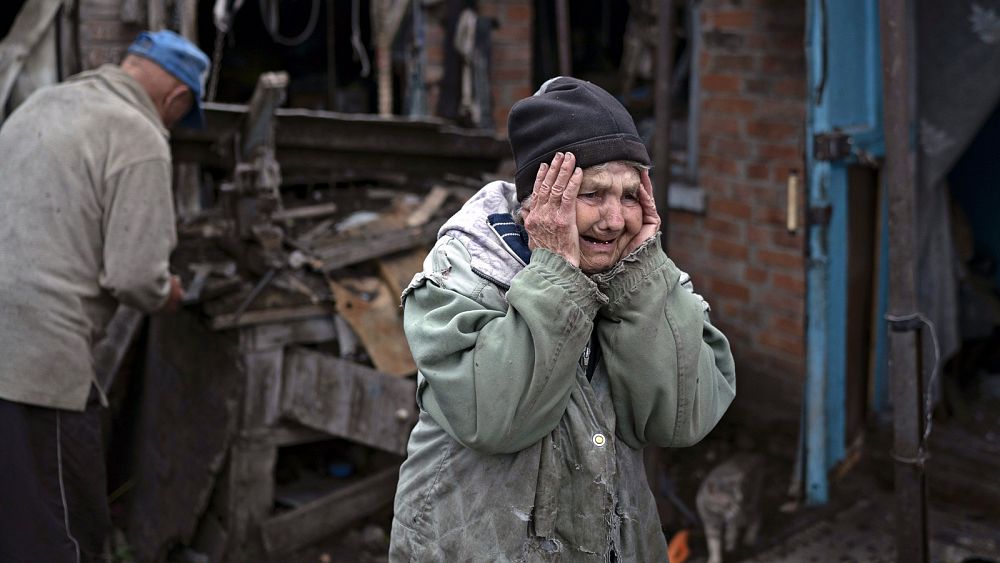 The European Parliament has declared Russia as a “state sponsor of terrorism” over the “brutal and inhumane” acts inflicted upon Ukraine and its citizens since the launch of the invasion.

“The deliberate attacks and atrocities carried out by the Russian Federation against the civilian population of Ukraine, the destruction of civilian infrastructure and other serious violations of human rights and international humanitarian law amount to acts of terror against the Ukrainian population and constitute war crimes,” MEPs said in a non-binding but highly symbolic resolution.

“In the light of the above, (the European Parliament) recognises Russia as a state sponsor of terrorism and as a state which uses means of terrorism.”

The strongly-worded resolution was overwhelmingly approved on Wednesday afternoon with 494 votes in favour, 58 against and 44 abstentions, during the monthly plenary session in Strasbourg.

In the final version, MEPs denounce Russia’s “illegal, unprovoked and unjustified war of aggression” against Ukraine and accuse the Russian army and its proxies of committing a long list of crimes, such as the murder of “thousands” of civilians and “hundreds” of children, attacks on essential infrastructure, summary executions, abductions, rape, harassment, torture, mass detentions and forced deportations.

“These brutal and inhumane acts are causing death, suffering, destruction and displacement,” MEPs said, noting the almost 40,000 war crimes that have so far been documented in Ukraine.

The lawmakers also condemned Russia for provoking a “large-scale” humanitarian crisis in Mariupol and “weaponising” food and hunger, with global implications.

These “atrocities,” MEPs said, are designed to terrorise the Ukrainian population, stifle their resistance and force them to accept the “occupying power” and its attempt to illegally annex sovereign territory.

“Russia poses a risk to the safety and security of the whole European continent and the rules-based international order,” the resolution reads.

As a result of all this, the European Parliament calls on EU member states to develop a brand-new legal framework that can enable the designation of an entire country as a sponsor of terrorism, something that is currently not possible.

“For the time being, the European Union has no such regulation like, for example, the Americans, who have a special law on the designation of the states which are sponsoring terrorism,” Andrius Kubilius, one of the MEPs who authored the resolution, told Euronews.

But Balázs Hidvéghi, a Hungarian MEP from PM Viktor Orbán’s Fidesz party, said the bloc should focus on achieve peace and a ceasefire “as soon as possible.”

The EU’s terrorist list, which was set up in the aftermath of 9/11 and is reviewed every six months, only allows the bloc to blacklist specific individuals and organisations.

So far, only 13 persons and 21 entities have been added, such as Hamas, the Kurdistan Workers’ Party’ (PKK), Colombia’s National Liberation Army (ELN) and the military wing of Hezbollah.

As a foreign policy tool, any change to the list would require the unanimity of all 27 EU countries.

“Anything is possible in the EU if all (countries) agree,” a European Commission spokesperson told Euronews last week when reports around the resolution gained traction.

Besides this legal amendment, the European Parliament demands a “comprehensive international isolation” of Russia, a further reduction of diplomatic relations and a new round of EU sanctions.

“Contacts with its official representatives at all levels (should) be kept to the absolute minimum necessary,” lawmakers said.

The resolution comes days after Russia launched a new barrage of attacks against Ukraine’s key infrastructure, raising fears of a massive exodus of people ahead of the winter season.

Ukrainian President Volodymyr Zelenskyy welcomed the text and said Russia must be “held accountable in order to end its long-standing policy of terrorism in Ukraine and across the globe.”

This article has been updated to include new details and reactions.