Twitter continues with the rhythm that it already showed during the whole of last year in terms of the addition of new features, or at least the testing of them, in a race in which it seems that the social network has set out to overtake Facebook in the total number of features. It is true and indisputable that, for years, the movements in this respect tended to zero, but now it seems to have moved, suddenly, to the opposite extreme, something that I personally find disconcerting.

Twitter Circle, featured responses, activity indicators on the profile, highlighting the author’s Likes and Twitter Notes are the tests that we have echoed in MuyComputer in just two months, and it is not that they have been the two most active months of the social network in this sense. It will be necessary to see, of course, how many of these tests finally become functions of this service, but whether they are more or less, there is no doubt that Twitter developers must be breaking coffee consumption records.

We have been made aware of some of these functions by the leaks of Jane Manchun Wong, probably the most active and successful leaker in the field of social networks. And why do I mention it? Well, because again in this threadpoints to a new function that is already being tested: the possibility of following feeds created by third parties, but not by individuals, but by serviceswhich gives a particularly interesting touch to the matter.

Twitter is testing Custom Timelines with “a limited number of people in the US and Canada on Web”, according to its help page explaining (thus confirming) this feature:https://t.co/MK4Sb2cdZi https://t.co /FsS5IDfUzQ pic.twitter.com/d2H3CR4TMg 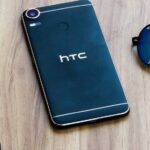 Announced the first phone for the metaverse, and it’s not from Facebook

And it is that the possibility of having “curated” feeds of a thematic nature opens up a huge range of possibilities. For example, a music-related service might create a feed with emerging artists, or perhaps multiple feeds by music genres. This is added to the project of personalized feeds in which Twitter has been working for some time, and is added to a function that we can already find in the social network for some time, and that means that when we follow a certain profile, we are offered follow a series of similar profiles.

Twitter is, in fact, much more than what meets the eye, that is, bots, fake news and politics even in the soup. There are many really interesting accounts, but unfortunately many times they are buried under the enormous volume of noise generated by the filth that meets on this social network. Thus, a function that allows you to find interesting thematic feeds and without being “contaminated” by hate, can be a tremendously positive thing for Twitter and its users.

Netflix surprise: “The Sandman” premiered an unpublished chapter with two parts and great actors are added

The Sandman left a large part of the fans of the original story...
Android

The dream of any technology lover is to be able to leave...