ByteDance, the parent company of TikTok, intends to allocate large capital investments in the development of content related to Virtual reality.

This is revealed by the hiring process that ByteDance keeps open, to fill fifty positions for Virtual Reality specialists who will work at Pico, a Chinese manufacturer of virtual reality headsets that acquired the TikTok parent company last year.

Most of these jobs are at Pico’s West Coast studios in both California and Washington state, including positions from director of virtual reality game strategy to director of game operations. The inclusion of other professional profiles such as optical engineer or electrical engineer in system design point to a reinforcement in the production of virtual reality content.

The ByteDance subsidiary’s strategy in this regard is also made quite clear by the existence of a vacancy for director of sales whose description of responsibilities includes “managing sales of Pico in the US consumer market.” 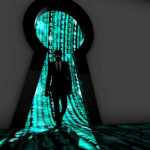 They stop a hacker group that sold stolen data

Pico reaches a market where it will have to compete with companies already well established in the sector such as HTC, Meta, Sony (through Play Station) or Valve. Against them, the company now belonging to ByteDance offers its Pico Neo 3 device, a virtual reality viewer that went on sale in Europe last May at a price of 449 euros.

With features and characteristics similar to Meta Quest 2 (which is sold at around 380 euros in its version with 256 Gb of storage capacity) and same resolution 1832×1920 for each eyeboth work with the Snapdragon XR2 microchip, being well below the price of other contenders such as Valve Index (959 euros) and HTC Vive Pro 2 (769 euros).

With investments in virtual reality, ByteDance reinforces the bet that it already started last summer with TikTok Effect Studio, the tool that allows you to develop augmented reality software, something that it has made popular with its filters.