This is the new Xiaomi home router, discreet but complete

Xiaomi has opted this time for a fairly discreet design, which looks mostly like a portable charger for mobile phones, for its new xiaomi home wifi routerpresented at the beginning of the week together with the new Xiaomi 12S and other devices.

Xiaomi Home Wi-Fi is a high-end router that is also characterized by being tri-band, supporting the 2.4GHz, 5.2GHz and 5.8GHz bands, being compatible with Wi-Fi Meshso users will be able to place different units throughout their homes, depending on their needs, up to a maximum of ten.

In this sense, it should be noted that the company sells the Xiaomi Home WiFi in packs of two, although for now it will be made available to the Chinese marketunknown at the moment if it intends to take them to international markets.

The company shares that these routers are capable of cover a maximum area of ​​350 square meterswhich will allow them to move within them without losing coverage with a theoretical speed of 11,700 Mbps. 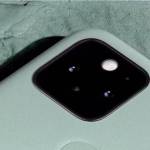 In addition, the Xiaomi Home WiFi They are capable of supporting up to a maximum of 496 devices connected simultaneously via Wi-Fi, although via Bluetooth it supports up to a total of 200 connected devices.

This comes in handy, above all, in those homes where there are more and more connected devices, including smart light bulbs, smart home automation systems, and more, both from the company itself and from third-party manufacturers.

Another characteristic point of this interesting model is the support for NFC that will allow the user to connect to the WiFi network simply by bringing their mobile closer to the router without the need to establish configurations.

It also has four Ethernet ports, of which three are 10/100/1000 Ethernet ports while it has a 2500 Ethernet port. In terms of security, it has WPA3-SAE encryption, SSID hiding and more, allowing it to be managed remotely. easily via its own companion app.

The pack of two has a price of 1,499 yuan, about 215 euros to change. It will be interesting to know the prices in case of reaching international markets.