TechSmartAerezona Developers
HomeTech NewsThis is the new alternative to Twitter that the ex-CEO of Waze... 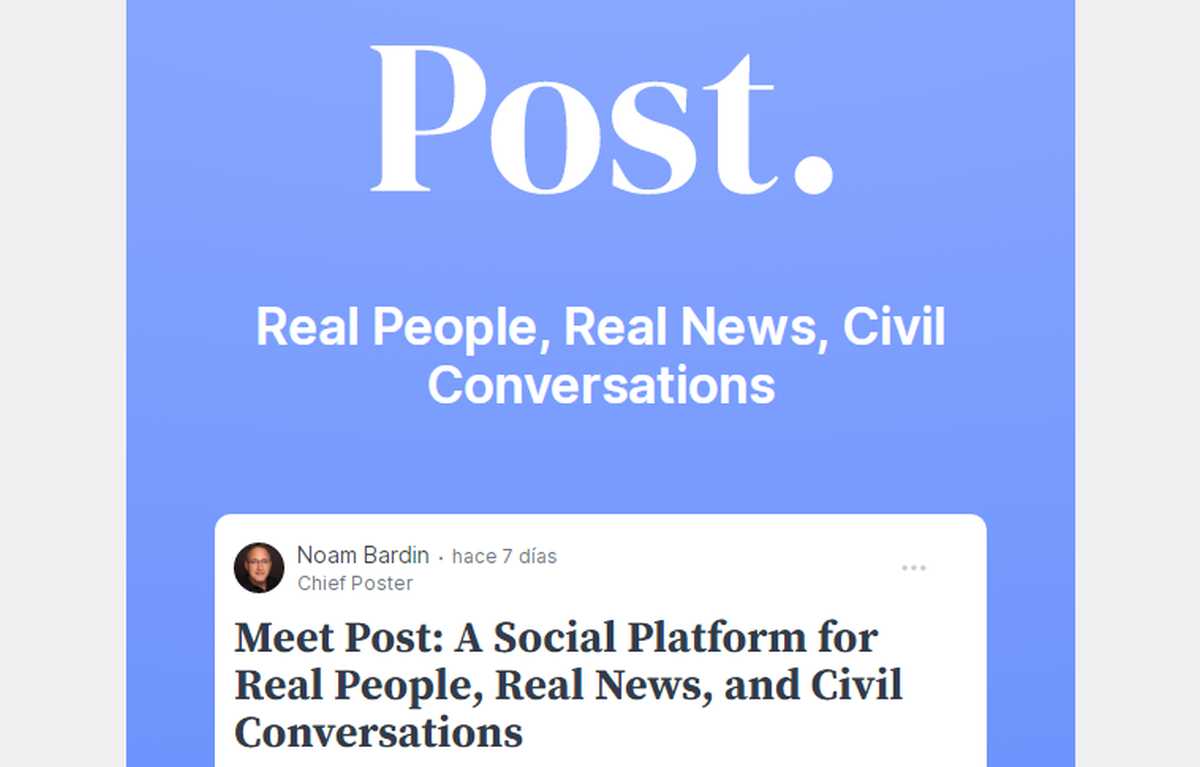 There are many users who show their discontent at the arrival and first actions of Elon Musk on Twitter, Mastodon being the social networking platform that is capitalizing on a large part of the discontent, to the point that some servers have had to paralyze the records of new users.

But apart from Mastodon, and other options such as Gettr, Gab, Parler, the forgotten and still active Plurk, among others that could also exist, along the way there is a glimpse of the arrival of a new competitor with the idea of ​​bringing the initial freshness that came into existence at the beginning of the massive arrival of social networks.

This is Post, and behind this project is Noam Bardin, who was in charge of the Waze collaborative platform until last year, with twelve years of management behind him, which will now be reflected in his new platform.

At the moment Post has a home page in which it is presented as follows:

Post will be a civil place to debate ideas; learn from experts, journalists, individual creators and each other; talk freely; and have a good time. Many of today’s ad-based platforms are built on grabbing attention at all costs, wreaking havoc on our society, amplifying extremes and silencing moderates. Post is designed to give back a voice to the marginalized majority; there are enough platforms for extremists, and we cannot give them the town square.

And regarding what it allows us to do, it tells us that:

If we look closely, the entire presentation is basically a Post integrated into the home page, with buttons for different actions that are not functional at the moment, with many of the basic functions still under development.

Regarding moderation, it will take inspiration from Waze to enable the collaboration of users in the strict application of the rules to all those who violate it, and to take part you will have to fill out a form to be part of the waiting list to be invited, There are close to 120,000 users waiting to receive their corresponding invitation, although the truth is that hours ago the waiting list was longer.

If it has a critical mass of users, competition between social networks will increase, and the sector will once again shake up, as happened a few years ago with the emergence of TikTok, which took many by surprise, being one of the favorite platforms among the youngest.