TechSmartHow smart tech is changing life
HomeTech NewsCommunicationThis is how WiFi 7 will be and how it will improve...

In addition to computers, mobile phones, televisions and consoles, surveillance systems, household appliances, voice assistants… all this network of technological devices requires an increasingly powerful wireless network. The latest generation of this is already underway, and it is nothing other than the new WiFi 7. Companies have begun to offer processors for this new technology, which will begin to be implemented from next year. This is all we know about him and how will the network improve.

WiFi 7, not only speed

Although WiFi 6 is barely three years old, manufacturers are already working on the next step in wireless networks: WiFi 7, which will be considerably faster than the current version and it even seems that it will reach the data transmission capacity of the cable (with freedom of movement throughout the space covered by the WiFi network). 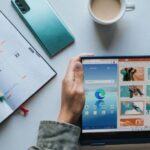 As such, its technical name is that of IEEE 802.11bealthough the entity that standardizes the systems (Wifi Alliance) has popularized the denomination by means of its name followed by the number corresponding to the generation and the band spectrum that they use.

In those, what is known about it is that this new network will be up to three times faster than the current ones, all taking into account that they now work at a maximum speed close to 10 gigabits per second (Gbs). But there is more; What do we have compared to the current WiFi 6?

Anyway, one paragraph; Why, if number 6 is a recent addition, is WiFi 7 already being sought? Surely, so anyone upgrading to new WiFi wants to: more speed, more reliability and better range. And, in theory, the new generation will fulfill these three wishes.

It’s more; there are already companies that have started to manufacture chips for it that already promise that the new standard will replace Ethernet cables. But you have to take it with a grain of salt because, as fast as it is, it works fundamentally differently than wired networks. The main objective is to set up a local wireless network with enough features to replace these wired networks. In fact, MediaTek executives say the launch of WiFi 7 “will mark the first time the network can be a true cable/Ethernet replacement for high bandwidth applications«, among which are the Metaverse, remote work, streaming games, cloud services or virtual and augmented reality, some types of application that until now have not worked properly on wireless networks.

what will we have with him

Something to note about its predecessor is that the 6 was not compatible with previous standards. This means that any device that we buy for our home is either WiFi 6 enabled or not. Also, it is more energy efficient than its predecessors and enables longer battery life in laptops and smartphones because it doesn’t draw as much power when in use. 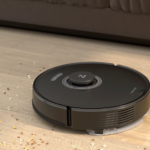 In this way, what is done is that this is a new specification for WiFi that is designed to improve certain limitations we had with 6. They are as follows:

Everything indicates that for the year 2023 We will already be able to enjoy this new protocol and its great speed, while this same 2022 we could see some demonstrations of this technology in an experimental way, as confirmed by chip manufacturers such as MediaTek or Broadcom.