And it is that in addition to having similar features and prices, Pico 4 will have Pico Worlds, its new social environment equivalent to Meta’s Horizon Words, and which will arrive during the next year, and a limited integration of TikTok in the Pico video application , which will allow you to watch videos in the headphones themselves.

It will also have its own app store, which will become part of the embedded operating system itself, PICO OS 5.0, and can work stand-alone or can also be connected to a computer for a high-end VR experience.

Pico 4 is, in essence, the new entry-level gadget for virtual reality, with a relatively affordable price, which will also have a compact and comfortable design for users, arriving this coming October 18 in 13 European markets, including Spain, in addition to Asian markets, although the advance order period will begin at the beginning of next month. 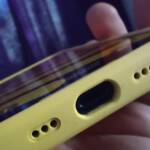 iPhone: this is the Apple cell phone with USB Type-C port

It is expected that later it can reach other international markets, including the United States, since it has passed through the FCC to receive its approval, although there is no official date for its arrival.

Regarding the technical features, taking into account its compact design, where it has been wanted to maintain a balance of weight, distributing it between the front and rear, maintaining comfort, it should be noted that it has two 2.56-inch LCD screens, offering a resolution of 2160 x 2160 pixels per eye, also having a refresh rate of 90hz and a viewing angle of 105º.

As a processor, it opts for Qualcomm Snapdragon XR2 along with 8GB of RAM and 128GB or 256GB of internal storage. It also has a 5,300 mAh battery to offer a range of up to three hours of use, with 20W fast charge support.

It will also have a high-precision environment tracking system and an infrared optical positioning system for real-world gesture interpretation. The device will have stereo speakers with support for spatial audio and two built-in microphones.

When it comes to connectivity, you will enjoy Wi-Fi 6 and Bluetooth 5.1 networks. Separately, users will be able to purchase a game controller that will have action buttons and joysticks, as well as haptic feedback.

Pico 4 will later feature a higher-priced version including eye-tracking cameras, which will be known as Pico 4 Pro in China and Pico 4 Enterprise in international markets.