TechSmartHow smart tech is changing life
HomeAndroidHuaweiThese are the new Huawei Tags with which Huawei will compete with...

We are once again talking about object location devices, since Huawei has just joined this segment of devices, dominated by Tile and later joined by Apple and Samsung, among others, officially launching its new Huawei Tags, which in essence work similarly to object locators from rival companies.

In this sense, when an object to which a Huawei Tag has been linked is lost, the owner will have the possibility of knowing its location on a map thanks to the network made up of the rest of Huawei devices distributed throughout the world thanks to its respective users.

The market for object locating devices continues to grow

The most negative aspect of Huawei’s proposal is that its new object locator lacks a hole, which initially makes it not so easy to integrate it into everyday objects such as backpacks, key chains and other objects that may be lost.

On the positive side, the Huawei Tags are more compact and lighter than Apple AirTagswith a thickness of just 5.6 millimeters and a weight of only 6 grams. 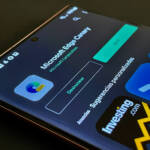 In addition, they have a design similar to guitar picks, moving away from designs similar to coins, among othersthus maintaining the differences with respect to the design of third-party solutions.

It is powered by a CR2032 button battery with autonomy for one year, resistance to dust and water with the IP67 resistance classification, and its Bluetooth connection to the mobile will allow the sound to be amplified as the owner of an object with a Huawei Tag move away from it, up to a maximum level of 92 dB within its range level, which will make it easier to know when you have lost sight of it or it has been stolen by a third party.

Each Huawei Tag also has NFC with which anyone can contact the owner of the lost object, obtaining the contact data through a simple scan with the mobile phone.

Huawei will launch the new Huawei Tags on July 30 at the price of 99 yuan per unit, about 14 euros to changealthough it will also be offered in a pack of four units at a cost of 299 yuan, about 42 euros to change, being equivalent to about 10.50 euros per unit.

Additionally, the company will also put up for sale a small keychain compatible with Huawei Tags at a price of 69 yuan, about 10 euros to change.

The sales will be made directly through its official website and we do not know if the company will extend its new products to international markets and at what prices, taking into account that they may be somewhat more expensive.