TechSmartHow smart tech is changing life
HomeMobileAndroidThere are already 124 Xiaomi, Redmi and POCO phones that will be...

There are already 124 Xiaomi, Redmi and POCO phones that will be updated to MIUI 13.5: find out if your phone is on the list

Xiaomi decided some time ago that an intermediate version of its proprietary layer was going to be introduced. MIUI I wasn’t going to jump directly from MIUI 13 to MIUI 14 but a jump was established halfway with the official version number. MIUI 13.5 was announced and with it the first official list of phones that were going to be updated was given.

As usually happens in these cases, some models were already out of the round of updates but it seems that the list is going to increase. Based on Android 12, the number of Xiaomi, Redmi and POCO phones that will receive MIUI 13.5 will be much higher than expected and we leave you the complete list below, updated to June 2022. 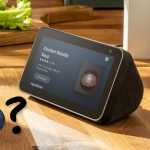 A new HomePod with screen and camera is the next development …

In principle, there were a total of 56 mobiles distributed between the Xiaomi, Redmi and POCO lines and that they were going to receive MIUI 13.5. They stayed out of history like the Xiaomi Mi 9 that broke so much in Spain for price, and that in fact were the last before the general price increase of the company’s high ranges.

Now, updating the list as of June, the firm increases the number of devices compatible with MIUI 13.5 based on Android 12 as follows. The Xiaomi phones compatible with the update are now 41, the Redmis amount to 62 models, and the POCOs will be 21 phones in total. yesadding them all, 124 phones Xiaomi spread all over the planet.

Xiaomi models that will receive MIUI 13.5

Redmi models that will receive MIUI 13.5

POCO models that will receive MIUI 13.5

It seems from the list of discarded phones and that of those that pass the cut, all those Xiaomi, Redmi and POCO phones that had not already come out of Android 12 have been left out of the new update. The same way, those ‘eligible’ to receive MIUI 13 have all jumped on the bandwagon. It will be a matter of time before the different OTAs begin to arrive. 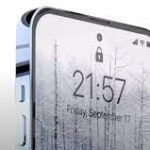