The Xiaomi Smart Band 7 Pro is now official, with GPS and a better screen

Today we had a very important appointment with the Asian manufacturer since we expected them to present their new generation of Xiaomi 12 phones. What nobody expected was that the manufacturer would take advantage of the event to officially present its new activity bracelet. Yes, the Xiaomi SmartBand 7 It is already a reality and it comes with enough weapons to be the next big hit from the Asian manufacturer.

Much has been said about the vitaminized version of the latest smartband from the Asian manufacturer. And now we can confirm what the design and features of the Xiaomi Smart Band 7 pro will be like. It’s just as we expected.

Design and features of the Xiaomi Smart Band 7 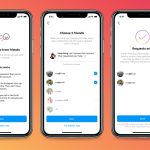 Otherwise, this smartwatch-like activity bracelet does not have buttons, since all the options will be controlled through the device’s screen. Note that it will not be necessary to disassemble this wearable to charge it since it has a system similar to that of the Xiomi Smart Band 7.

As for the technical characteristicsthe first great novelty is seen on the screen of the Xiaomi Smart Band 7 Pro, which now has a 1.64-inch diagonal and AMOLED technology to offer a multimedia section beyond any doubt.

Thanks to the use of this panel, Xiaomi’s Mi Band 7 Pro promises an improvement in its autonomy, already fantastic in itself, in addition to having automatic brightness and Always On Display so you can see the time at all times.

Continuing with the technical characteristics of this new activity bracelet, the Xiaomi Smart Band 7 Pro has all kinds of sensors to monitor every last step you take, in addition to having an element that we have been asking for for years: gps.

You can finally go out to train without carrying your phone, since the Xiaomi Band 7 Pro will be able to monitor every last step you take. Available in six colors, it is currently available for purchase in China at a price of 399 yuan, about 57 euros to change.

At the moment we do not know when they will launch this smartband to other markets, nor its official price. But we can assume that The Xiaomi Smart Band 7 Pro will arrive in Spain next month at a price of around 70-90 euros.

Microsoft Edge has a new dynamic to sync notes and files