Right from the start of the early access phase, the building game The Wandering Village makes a well-rounded impression and looks really good.

The huge creature trudges leisurely through sandy deserts, gray wastelands and areas infested with poisonous fungal spores. On their backs, survivors of this post-apocalyptic world have found refuge and are building a settlement. As the creature called Onbu carries the new village across the country through the different biomes, not only a small town is gradually formed on its back, but also a symbiotic relationship between Onbu and the settlement. 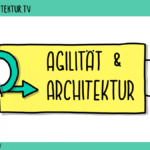 On September 14th, the Swiss Stray Fawn Studio released its city-building strategy game The Wandering Village as Early Access on Steam. If you can accept that the indie game is not quite finished yet, you can already build a settlement on the back of the huge creature Onbu in a post-apocalyptic world. We played the game for our c’t-zockt YouTube channel – and many more hours.

City building on the back of the Onbu

In the tradition of bustling construction games, the player first places small residential tents and craft shops on the back of the Onbu and expands them into a small town. Over time, this improves the living conditions of the survivors, nomads settle down and the town gradually grows. Expeditions bring resources and knowledge with them, and little by little, people learn to return the favor to Onbu with food, medicines, and decision-making aids. If the structure is too slow for you, you can increase the game speed up to four times.

Sounds harmonious at first, but the dystopian environment still has a say. Storms tear down whole streets in no time, scouts return poisoned from their forays and have to be healed as quickly as possible. And Onbu also suffers from the harsh living conditions from time to time. If he only finds poisoned ground for one of his occasional naps, his poison level will also increase. Tasty mushrooms are not always within reach to satisfy his hunger. And while you can ask Onbu to run fast through dangerous poison clouds, you can only hope that he doesn’t collapse from exhaustion before they end. 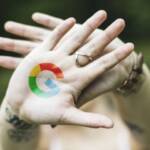 Google has found a way to hide your internet search history, do you know how?

Different perspectives bring variety into the game: Firstly, there is that of the settlement, which you can keep track of from a bird’s-eye view in the classic construction strategy manner. The pretty, hand-drawn graphics are better appreciated by zooming in all the way and then looking at the buildings head-on. A map of the area shows what the near future will bring. It identifies dangers and possible paths as well as worthwhile targets to explore.

Stray Fawn Studio is planning a one-year Early Access phase. There will be a lot more to come in the game during this time. Other biomes with water and ruins that Onbu can walk through are planned. Also new places, buildings, tamable birds and hawkers. The story should be further developed and more interaction with the Onbu should be possible. Some of the announced features are stretch goals from the successful Kickstarter campaign. For example, it has already been built in that you can pet the Onbu to increase its trust.

What is currently missing is controller support. Thanks to the native Linux version, The Wandering Village also runs on the Steam Deck, only the support for the controller elements is missing so far. As developer Philomena Schwab explained to c’t at Gamescom, controller support and Steam Deck support should follow early in the early access phase.

The start of Early Access seems to have been successful, the game has already collected over 1100 “very positive” ratings on Steam. SteamDB lists it under “Trending Games” as well as under “Popular Releases”.

With The Wandering Village, Stray Fawn Studio has created a building game with beautiful atmosphere and graphics. In the game, the team combined 3D graphics with hand-drawn and animated graphics, which looks really good. The cuddly figures of the survivors stand out a little in the graphic style, but are therefore easily recognizable in the landscape. Although the game isn’t finished yet, it seems to be very mature, and there were no problems in the test. Even a Twitch integration for live streams is already built in. With a live stream on Twitch, the chat can help decide which path Onbu takes and the people of the settlement receive names from the chat.

The Wandering Village is available for Linux, macOS and Windows on Steam; the game normally costs around 25 euros.