We have talked a lot in recent months about the new mobile that HTC was developing with its main focus on the metaverse, and that we finally got to know days ago, as we also got to comment.

But what we did not expect from the manufacturer of the first Android mobile, and also a rival of companies like Samsung, is that the company also brought an Android tablet with basic specifications and mostly oriented to emerging markets.

It was not expected since HTC has already moved away from the league of mobile devices since in 2018 it sold part of its mobile division to Google so that it could strengthen its Pixel mobile segment.

With this we have seen the launch of very few mobile devices over the last few years, mostly mid-range oriented to the crypto world, so it is a surprise to find that HTC has also recently launched a new tablet, with a discreet announcement that has basically gone unnoticed, and that we have now been able to learn about from the hand of Android Police. 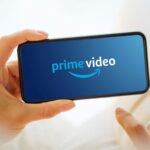 Amazon Prime Video, movies can no longer be bought or rented on the Android app

The new A101 It has begun to be marketed in Africa, although at the moment the sale price is unknown.

It’s about a model quite similar to the A100 launched last year and marketed in Russia, featuring an eight-core Unisoc T618 processorthe same Realme has used in its entry-level mobiles.

It is accompanied by 8 GB of RAM and 128 GB of internal storage expandable by microSD.

The screen is a 10.1-inch Full HD LCD screen, integrating a 5MP camera into the bezel itself. On the back, it has a 16MP main camera accompanied by a 2MP ultra-wide-angle secondary camera.

It also has Bluetooth 5.0 and Wi-Fi ac, as well as support for LTE connectivity, although it also has a physical connector for headphones, something still common in tablets, as well as battery capacities such as the 7,000 mAh that this device has.

What is unusual is that a 2022 device brings a somewhat old version of Android, precisely Android 11, when it is usual to have a more current version, including specific versions for large-screen devices such as Android 12L.

on your website there is no mention of any aspect related to the metaverse, so it is a basic purpose device. It is also unknown if the company plans to update it to new versions of Android, and even if it is committed to taking it to other markets. 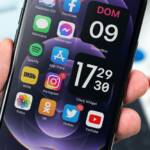