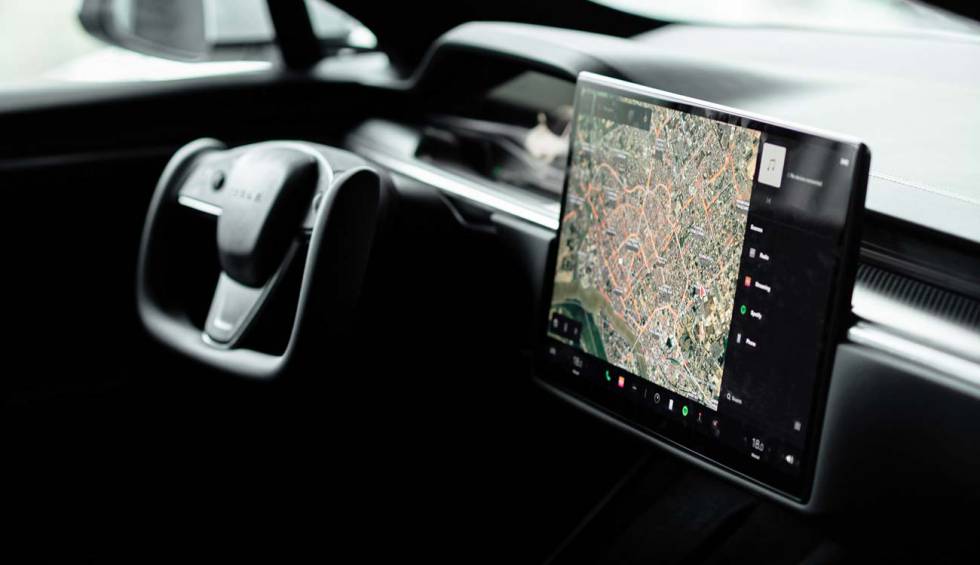 One of the standard improvements expected inside the Tesla Model S for some time now is the inclusion of rotating screens. Well, a video has been published showing that this is becoming a reality and that, therefore, the company created by Elon Musk will definitely take the step.

It is true that the possibility of using a panel of this type was present through one of the many modifications that can be used as an accessory in this Tesla model. But it is no less true that the company itself indicated that they intended to include this type of serial screens in the mentioned car (and, also, in the Model X), always in its renewed versions. Even so, to date, this has not been the case and, it seems, the reason was supply problems.

Now it seems that the step will be taken

Bearing in mind that it has been possible to see for a long time that the Tesla Model S includes everything that is physically necessary to include the new panels, a publication with a video included allows see first hand one of these new cars -new, of course- that includes the rotating screen as standard. And, the truth is that, as you can see below, the functionality it offers is spectacular, as it significantly improves the experience from the driver to the passengers.

The turns that are made are to the right and left, there is a mechanical element that when pressing one of the existing buttons on the screen allows activating the movement that makes the management of its use easier and, even, improves visualization at some times depending on the incidence of sunlight. The truth is that this improvement, if it finally comes as standard as it seems, is a fairly significant advantage over previous generations of cars from the North American manufacturer.

As confirmed by the person who has recorded the video, the car in which you can see it is completely new, since it was delivered to him the day April 29, which suggests that those who plan to receive a Tesla Model S from that date will enjoy a rotating screen that will make their lives much easier and, therefore, they will fully enjoy all the benefits that these models have. electric cars from the company created by Elon Musk. And, this, it seems that it will be so in all the regions in which these vehicles are sold.