TECHSMART
Home Tech Giants Apple The plan to remove the SIM tray from the iPhone is corroborated...

The rumor that started out as something far from the future has now changed and it could happen sooner rather than later. IPhone users could say goodbye to the SIM tray in the middle of 2022. This after BlogDoiPhone made this rumor known. It is planned for the iPhone 15 Pro (2023) but anything can happen.

Apple betting on removing ports and what is crossed in the iPhone, for the SIM tray

The report from the Brazilian portal indicates that Apple will bet on eSIM technology and will do so with two eSIMs for the iPhone 15 Pro. This information was not dismissed by other leakers. In the case of a trusted portal like MacRumors, an anonymous whistleblower stated that Apple has advised US phone operators to prepare for the launch of smart phones with eSIM by September 2022. 9to5Mac indicates that it has not verified any of the claims.

On the other hand, DylanDKT has said that it agrees with the rumors that confirm the unique eSIM for iPhone. He shared on his Twitter a tweet from February 2021 in which he says he was able to confirm with his sources that Apple will work on removing the SIM card tray “sooner rather than later.” They are already testing a model with eSIM but this is only information based on rumors.

I am in agreement with recent rumors regarding the removal of the physical SIM card tray. In February, I had shared the following information below:

Will it happen in a year or two?

Many of us were expecting a surprise about the Lightning port but that could happen to share ground with the SIM tray. Both situations are essential for a mobile device. One allows you to charge the device, listen to music with headphones and transfer files by cable and the other is to get a phone line and internet connection via mobile data. 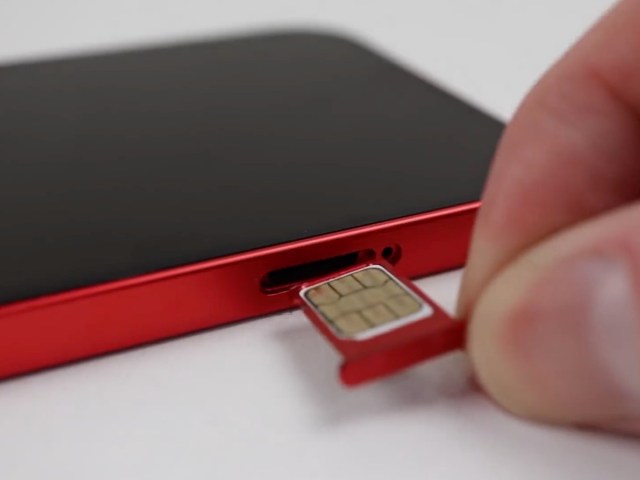 Can you replace these functions with another mechanism? There is already the MagSafe, before that wireless charging, file transfer via Wi-Fi and with iCloud and AirPods. The eSIM already exists and in a dual way on the latest iPhone 13.

There is no doubt that Apple will go for all the possible evolutions in 2022. The images that confirm these rumors, the last of 2021, will be missing. And you, what do you think? Will 2022 be a year of great changes? Tell us your opinions in the comment box.

Dublin jobs: National Library of Ireland is hiring for an exciting new role