The new game from ustwo games will debut on Netflix Games

netflix seems to have decided to put the focus on Netflix gamesyour smartphone game subscription service which, at least for now, is offered free of charge to all subscribers of its on-demand content service. And personally, I think it’s a fairly successful move, that although in its first steps it still doesn’t have a large number of titles, it shows an interesting growth trend, which may end up making it the main alternative to Apple Arcade.

Not to say, of course, that after almost a decade using the concept “Netflix of video games” to refer to any game subscription service, such as Xbox Game Pass, it was only fair that the doyen company of on-demand content ended up start something that, indirectly, the market has been claiming it for so long, even if it was without knowing it.

Today, according to the company’s own data, Netlix Games already has 23 games, although not all are available for all platforms. This is the list of them:

As you can see, we are talking about a collection that already has a certain entitywhich is also very varied, and that with its growth plans may end up turning Netflix Games into one of the main reasons to maintain the service subscription. 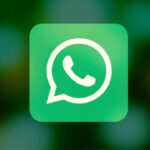 WhatsApp will have a new dynamic to record voice messages

And as I said before, Netflix seems quite aware of this and, therefore, of the importance of continuing to feed the service, but also of doing so with some especially relevant releases that can attract new users. And, as we can read in Yahoo! Finance, have just added a big score on this, since the next game from the creators of Monument Valley will debut exclusively on Netflix Games.

Desta: The Memories Between, developed by ustwo, is a roguelike turn-based and influenced by sports, which will hit the market later this year and, although it will also come to other platforms, Netflix promises that there will be no in-app purchases neither “Additional charges» in its version, which makes it much more attractive.