The iPhone 14 Pro camera shines in the DXOMARK benchmark

Apple launched the new series iPhone 14  a few weeks ago and, as usual in flagships, the most relevant improvements compared to the previous generation are in the photography and video sections.

The iPhone 14 Pro camera has passed the tests of DXOMARK successfully getting a score of 146 and standing in the second position in the global ranking, just 1 point behind HONOR Magic 4 Ultimate.

According to DXOMARK, this is an extremely reliable device producing consistent image and video results in all conditions.

The iPhone 14 Pro particularly shines in portrait photography and video recording, thanks to high levels of detail and very good rendering of skin tones, as well as excellent focus tracking in video.

While on paper the 14 Pro’s camera hardware may not look as impressive as components in some competitors, such as the Samsung Galaxy S22 Ultra or Honor Magic4 Ultimate, DXOMARK claims that Apple engineers have managed to squeeze some great quality out of it. image and performance. 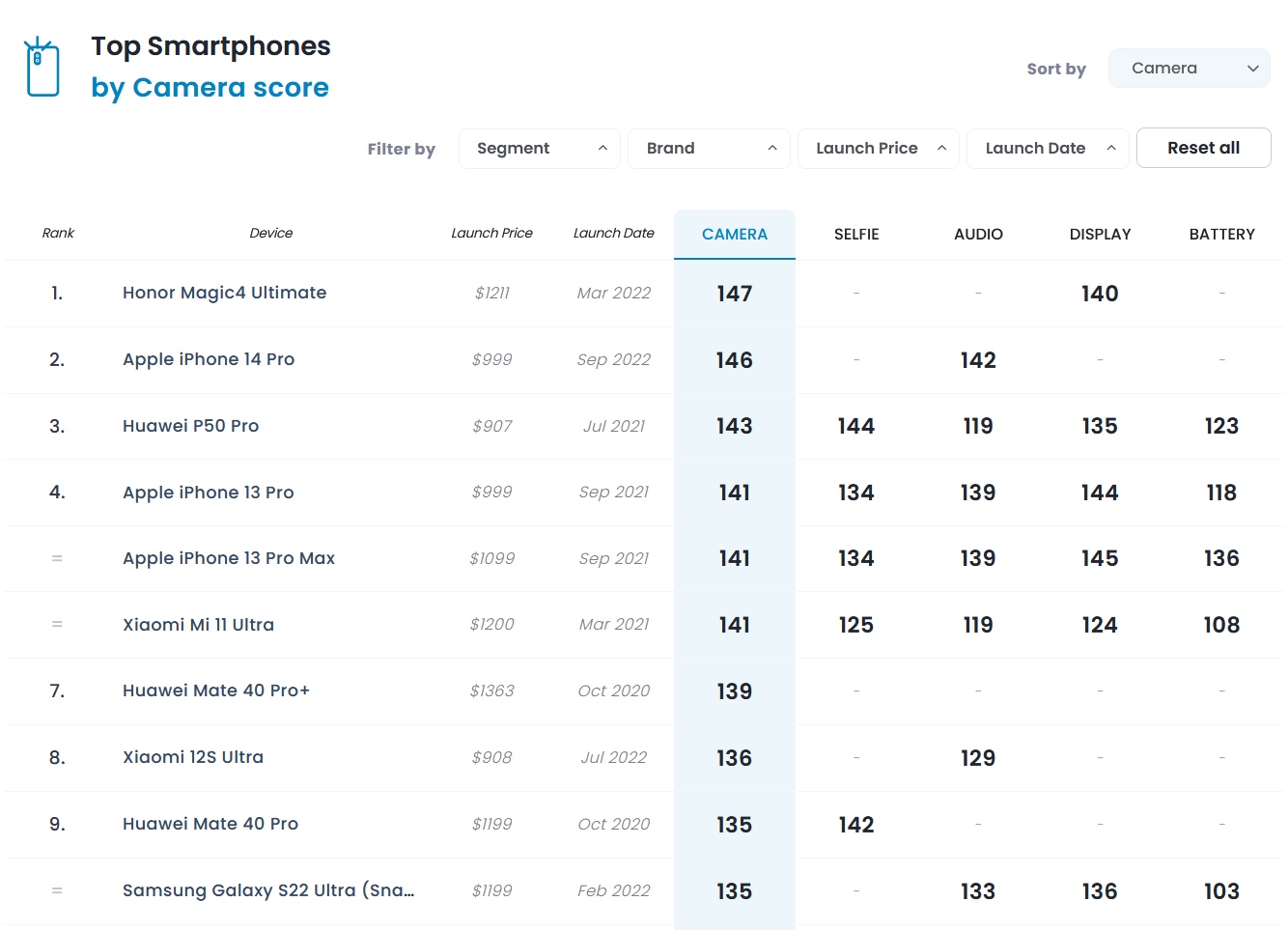 This is the Apple’s first device with a Quad-Bayer image sensorand has been used not only to improve image quality at the primary camera’s nominal focal length, but also to provide high-quality zoom up to a 3x telephoto factor, where the dedicated telephoto camera comes into play.

The iPhone 14 Pro also takes over from its predecessor as the phone with the best video recording. Combined with the other improvements, this makes it one of the best current options for content creators. 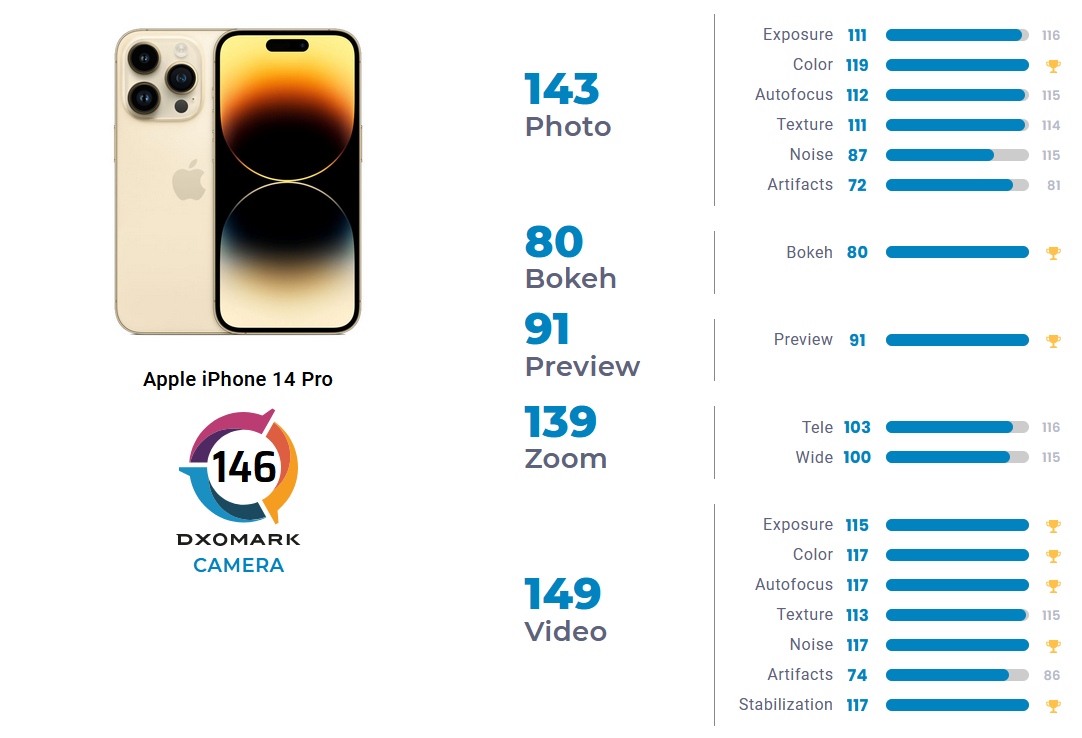 One UI 5.1: Filtered all the news that will debut with the Galaxy S23

Samsung is preparing to introduce the Galaxy S23 at the Unpacked event scheduled for...
Tech News

A 45-year-old man pays $2 million every year to constantly rejuvenate his body so...