The Great Pacific Garbage Patch, the garbage island as big as the USA

In the seas all over the world there are large islands of rubbish, even larger than Italy many times. A problem that should not be underestimated.

great-pacific-garbage-patch-isola-spazzatura-come-usa-speciale-v4-48805-1280x16.jpg" alt="special The Great Pacific Garbage Patch, the garbage island as Big as the USA">

The problem of plastic pollution is serious. Very often it is underestimated, especially when confronted with equally serious emergencies such as global warming. Just think that, according to a relationship, between the 4.9 and 12.7 million tons of plastic they end up at sea every year.
It is practically as if a garbage truck was pouring all its contents into the water every minute for a year. If something doesn't change, the amount of plastic in our seas could increase tenfold by 2025, in 2050 there will be more plastic than fish. Reading up to this point about 30 seconds will have passed, in this tiny lapse of time they have been thrown into our sea, the Mediterranean, about 16,900 plastic bottles (data based on a WWF report). 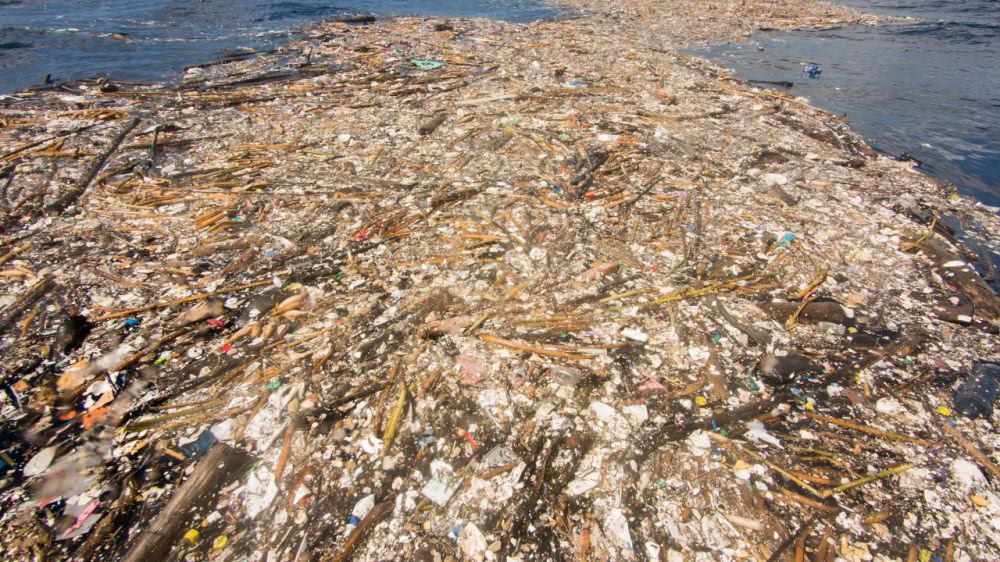 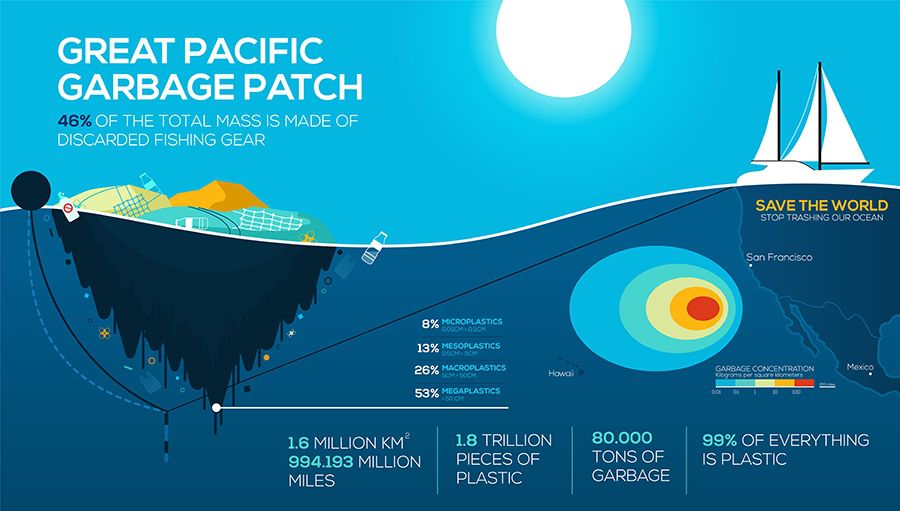 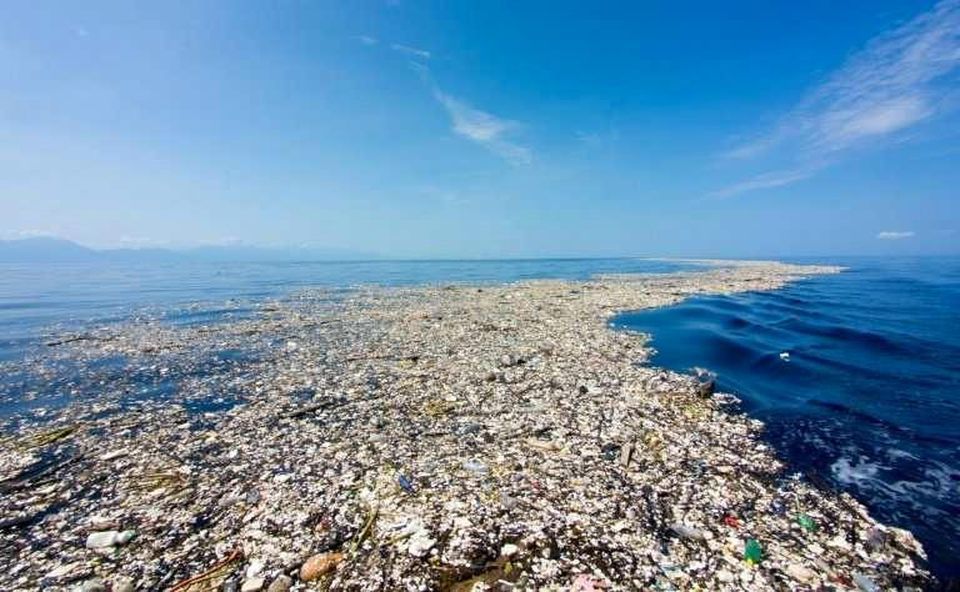 The situation is so serious that it is possible to find the in the Pacific Ocean Pacific Trash Vortex (it is also called the Great Pacific Garbage Patch), a huge accumulation of floating garbage, a real island composed – mostly – of plastic. The accumulation was formed from the 80s, due to the incessant pollution by man and due to an ocean current called the North Pacific subtropical vortex.
Its extent is not known precisely: estimates range from 700,000 square kilometers up to more than 10 million square kilometers (i.e. from a larger area of ​​the Iberian Peninsula to a larger area of ​​the United States), an area that occupies between 0.41% and 5.6% of the Pacific Ocean. The amount of weight of this island? Always uncertain, but it goes from 3 million tons to 100 million. Like everything on Earth, this incredible and frightening garbage island is also home to life forms: it is possible to find about a thousand different types of heterotrophic, autotrophic, predatory and symbiont organisms, including diatoms and bacteria, some of which seemingly capable of degrading plastics and hydrocarbons.
On the surface, moreover, the island is home to numerous dangerous pathogens (such as viruses and bacteria). According to the United Nations Environment Program (UNEP), this island will soon be able to even be seen from space. 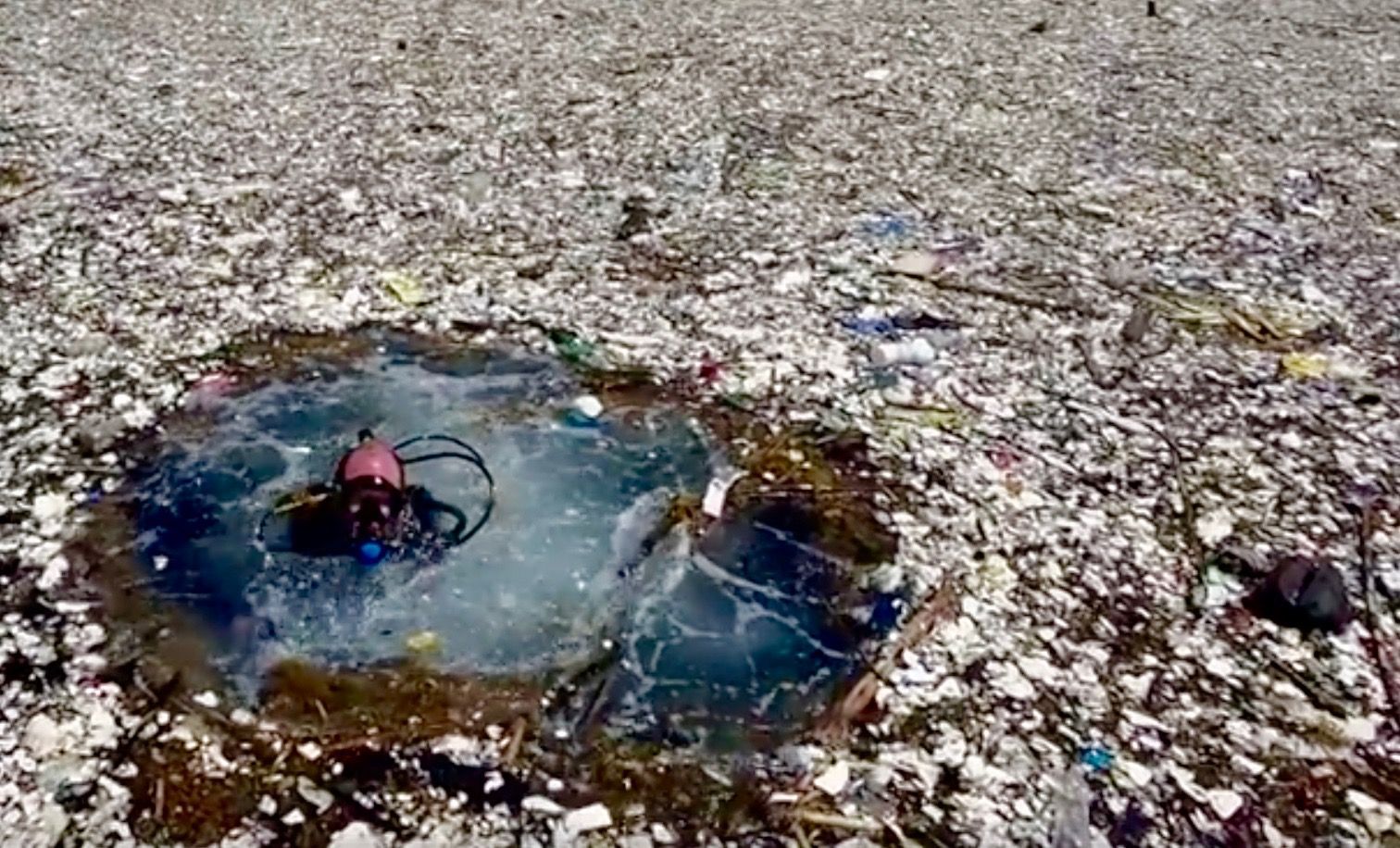 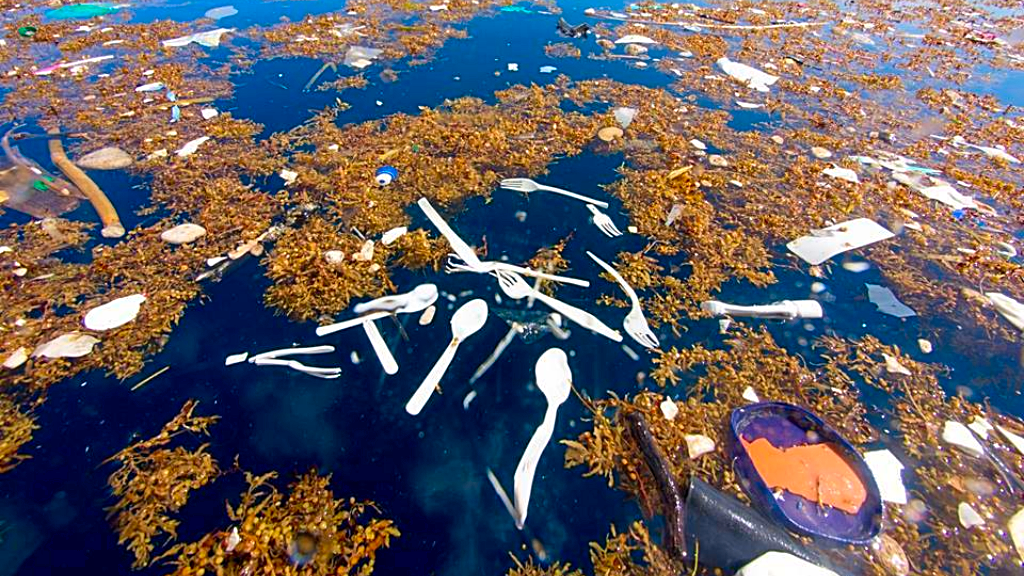 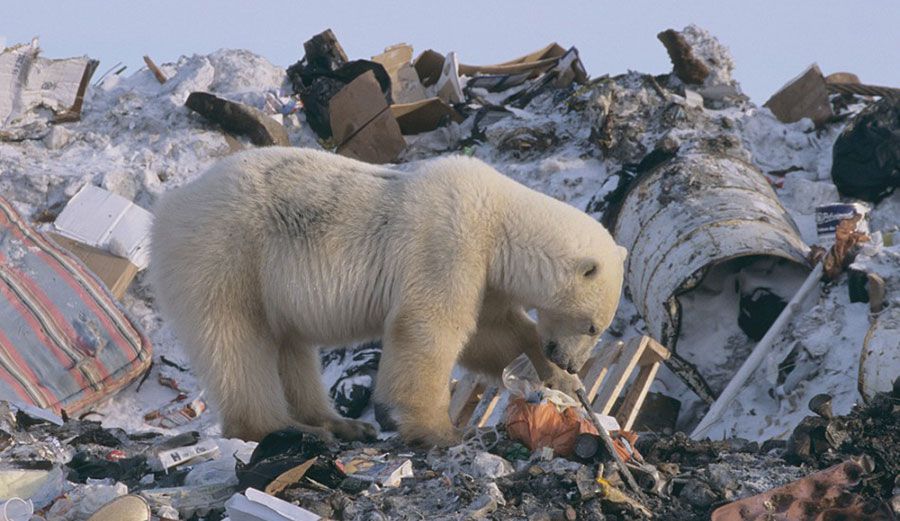 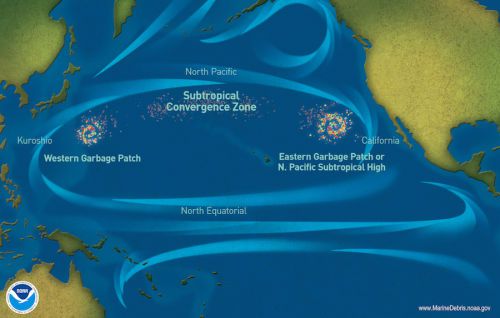 Then there is the South Atlantic Garbage Patch, which appears to be the smallest of all these clusters, with "only" 1 million square kilometers and is located between South America and southern Africa. Due to its distance from trade routes, however, the growth of this island is poorly documented.
The list seems endless and the "latest arrivals" arrive, theIndian Ocean Garbage Patch, in the Indian Ocean, and also theArctic Garbage Patch, both recently discovered. The Indian one had been hypothesized in 1988 by the National Oceanic and Atmospheric Administration, and does not appear as a continuous field of debris, but contains scattered debris (10,000 debris per square kilometer). The Arctic Garbage Patch, on the other hand, is located in the Barents Sea, the part of the Arctic Ocean located north of Norway and Russia; it is the smallest and most recent plastic island (found so far) in the world.

Can you clean it all? 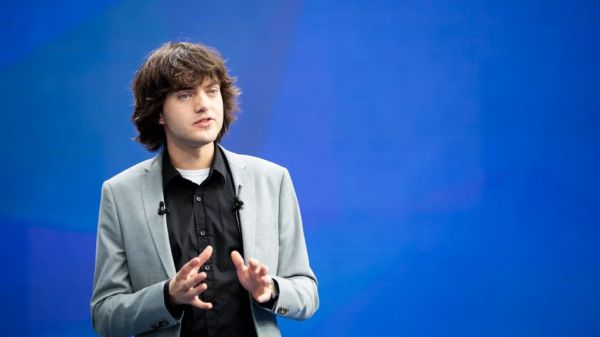 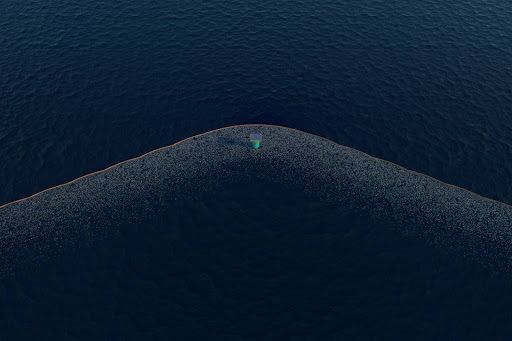 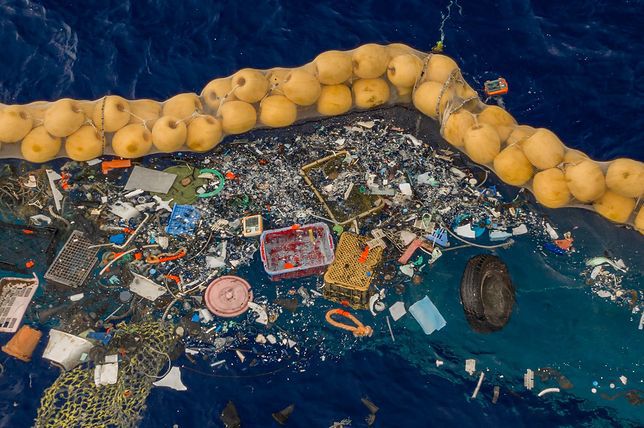 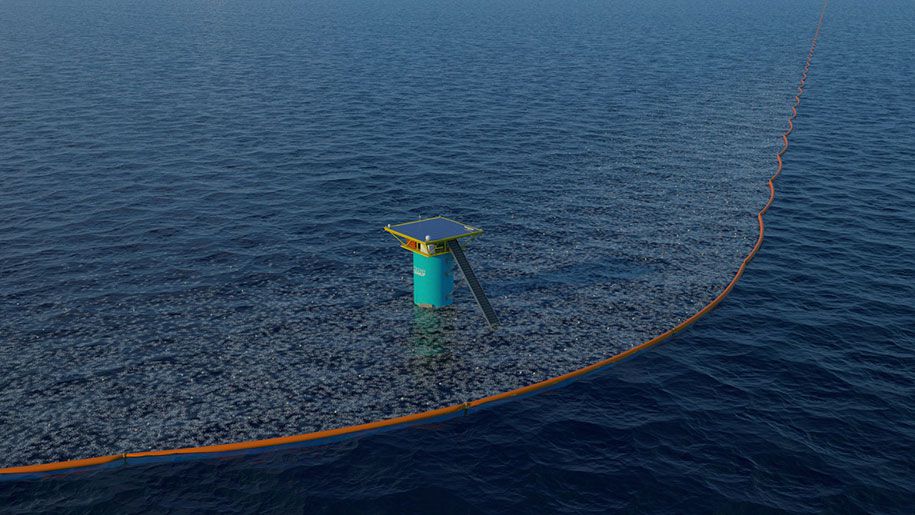 Is it possible to dispose of all this plastic? We don't know but someone is trying. In particular, a boy called Boyan Slat. In 2013, at 18, Slat founded the non-profit entity The Ocean Cleanup. The mission? Develop advanced technologies to eliminate plastic from the world's oceans. After its foundation and creation, the institution managed to collect 2.2 million dollars through a crowdfunding campaign with the precious help of 38000 donors from 160 countries.

Since its creation, The Ocean Cleanup has raised $ 31.5 million in donations. In 2013 the company deployed a device capable of passively collect garbage in the ocean. The system was employed to clean up the Great Pacific Garbage Patch. Initially the device had some problems, including a defect that caused the plastic to leak into the ocean. A problem that has now been resolved.
Ocean Cleanup not only wants to collect this garbage, but wants to give it new life by recycling it and transforming it into a new product. Obviously, the main goal remains the immense plastic island. With the creation of new machines to complete the venture, Boyan estimates that half of the large plastic island in the Pacific will be collected within the next 5 years. The project started in mid-2018 and will progressively make use of additional systems until it reaches its full potential by 2020.