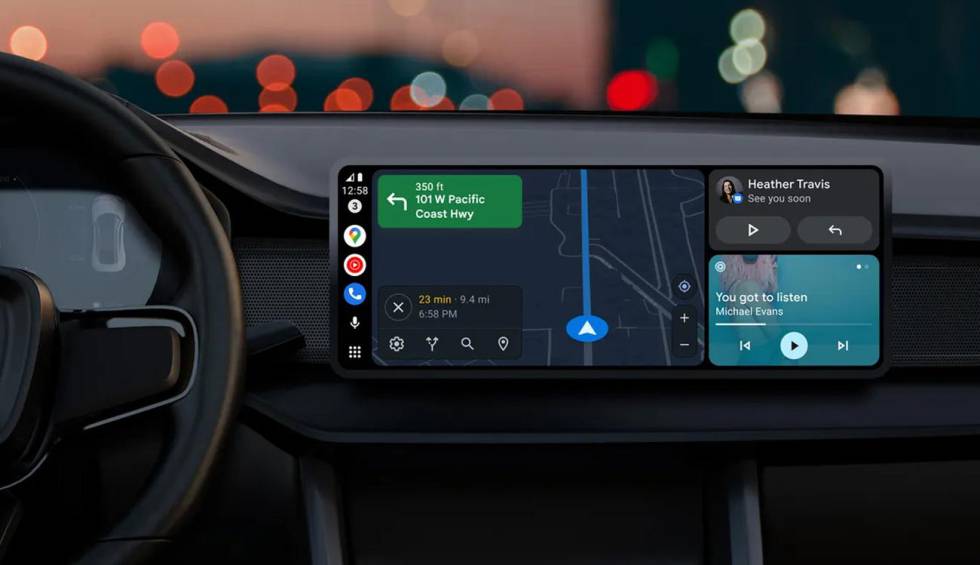 It has long been expected that Google would take the step of introducing the new user interface in Android Auto. But the delays have been very significant… until now. The Mountain View company has taken the step of beginning the activation of coolwalk (is the name of the novelty) gradually.

It was during the event Google I/O in which it became known that the North American firm was working on the arrival of a new user interface for Android Auto. But, to date, beyond the possible leaks of dates and news, it was not a reality at work for users who use the tool intended to be a perfect companion when it comes to driving. Well, it has been known that the deployment it has started… although not for everyone at the moment.

Well yes, the company that created Android has announced that the deployment is official and that, yes, not all users can use it, since the arrival is gradual from the Mountain View company’s own servers (which is how this will happen). Therefore, the last version that the firm’s testers were able to review is the one that has been considered good to start a process that can initially last weeks.

Something that may be surprising to some is that the final interface is quite different which can be seen in the aforementioned event, where it was reported that they were working on the redesign of Android Auto. Some improvements are the position of the basic navigation elements or a much better functioning of the split screen that, without a doubt, is essential to have more options when using this operating system. The truth, as you can see in the image before this paragraph, the appearance is really striking and functional.

Waiting for the new Android Auto

Well, this is something that you are sure to ask yourself… but the answer is very complicated. The reason for this is that Coolwalk activation is done from the server, so the version of the application you have doesn’t matter. Simply, you have to wait for Google to decide that you are one of the lucky ones They can use the new version of Android Auto. By the way, some users indicate that when they cleared the app’s cache and restarted the computer, the update missed them. But, of course, this is something that has not been officially confirmed.

Google warns of the most common scams involving emails in Gmail...

Microsoft may create a “Super app” based on WeChat to rival...