Board games have been a classic in every house since childhood. Games like ludo, the game of goose or Monopoly, have accompanied users on those long game afternoons, with simple but addictive mechanics that allowed the whole family to enjoy.

With these board games for Android and iOS, users can enjoy hours of entertainment anywhere

How could it be otherwise, the old board games made the leap to computers and video consoles, offering a new form of digital entertainment, based on the old mechanics. With the advent of smartphones, board games have also made the leap to the app format, filling the many game categories in stores. These are some board games that can be found for Android and iOS:

-Chess. Play and Learn: This free game for Android and iOS offers players the chance to play solo or against other users, with the option of playing correspondence games. It also includes lessons to improve and tactical puzzles that adjust to the level of the player. 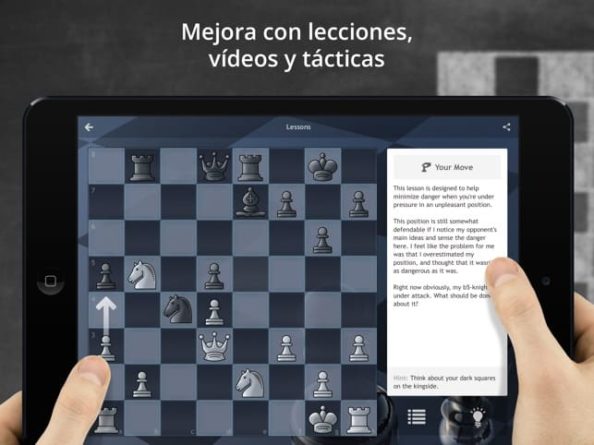 -Online parcheesi. If you want to play ludo online through the computer in one of the most successful games of the quarantine you can enter Fr9 ludo. Fr9 ludo is a free online ludo game where you can play with your friends and with thousands of users connected anywhere in the world. Go ahead and be the one to get all your tiles to the center of the board first! 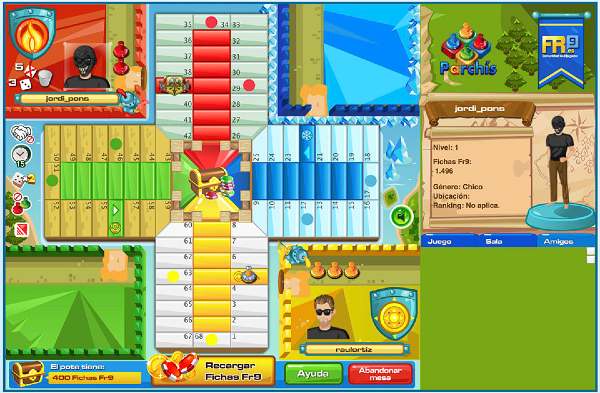 -Parches STAR: There is little to explain about the best ludo games for mobile; You just have to roll the dice and move the token. Available for Android and iOS for free, it allows you to play alone or against other players online. 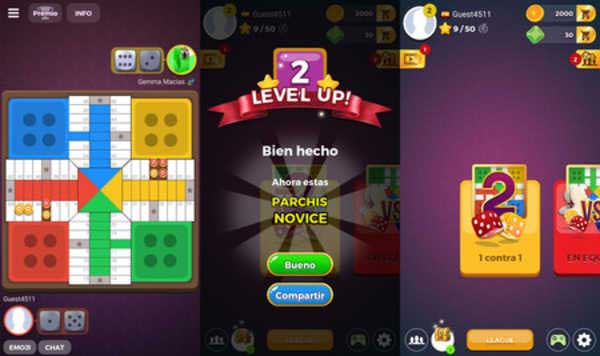 -Monopoly: For many it is the first that comes to mind when talking about board games, there are countless versions set in various cities around the world, with adaptations to various themes, including fictional worlds in movies (Star Wars, Star Trek), literature (Harry Potter, Game of Thrones) and comics (Marvel and DC universes). The official version costs around €5 for mobile devices and you can play alone or against other opponents online or locally.

-Scrabble: Scrablle is another one of those games that could not be missing in any house. It is an educational game, in which to form words from the letters that are received. There are different positions on the board, with improvements for scores. It is free for Android and iOS, but with the option of micropayments, with which you can get improvements. 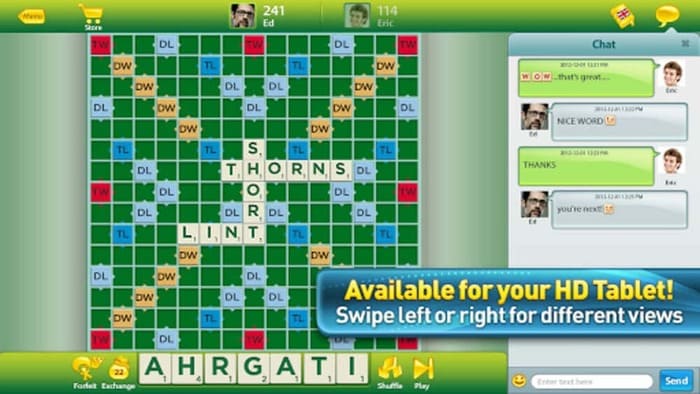 -Ticket To Ride: Ticket to Ride is a strategy game in which you create a railway empire. It is possible to play against the Artificial Intelligence of the game or against 5 other players. Available for Android for €6.99 and on iOS for €7.99. The game has expansions with new maps, which can be purchased from within the app. 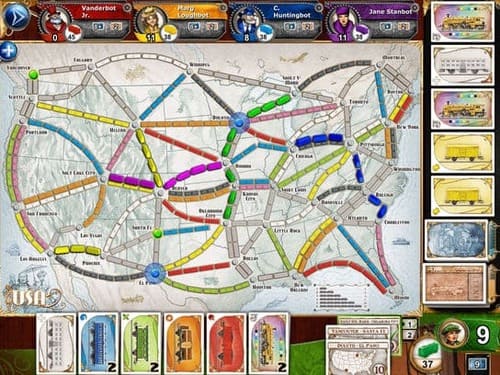 -Settlers of Catan: One of the favorite board games for geek lovers. Conquer the island of Catan managing your resources and preventing your rivals from managing theirs. It is possible to play alone or against 3 other players. The resources, their obtaining, administration and trade constitute the core of the official electronic version of this popular game, which has free versions, which can be accessed through a web browser or downloaded on mobile/tablet as well as on the Steam platform.

-Pandemic: This game is based on the popular board game, which puts players in the role of scientists who must fight against a disease, supporting each other and combining their knowledge to fight against the virus against the clock. It is available for Android for €4.99 and for iOS for one more euro. The game contains expansions, which can be purchased from the application. -Naval battle: The classic game of Sink the Fleet also has its version for Android and iOS. It is possible to play solo or face other players online, with 3D ships, medals that allow you to rank up.

-Crazy Domino: Free for Android and iOS, this is the classic game of dominoes, with multiplayer options with several tables available, daily rewards and prizes for winning games that can be accumulated. 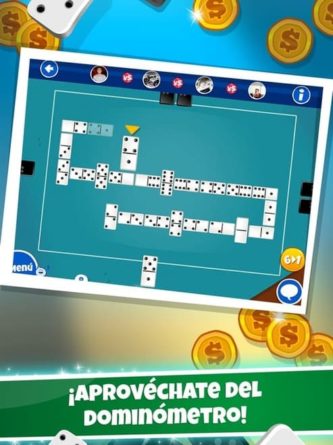 -Carcassonne: Strategy game set in medieval times around a fortification like the one existing in the French city that gives it its name. Players have to take control of different areas by expanding their area of ​​dominance. It has versions for multiple platforms (Steam, Android, iOS, Nintendo Switch…) with prices around 5 euros for the mobile device versions. You can play online both alone and against other opponents.

-Cluedo: Finding the murderer in a mansion where different characters have at their disposal a variety of tools with which to commit the crime in any of the rooms can be a perfect plan for an afternoon in which you feel like you are in Hercule Poirot’s whiskers.

The official game is paid with prices around 3 euros for mobile devices and around 10 euros for computers (Steam) and Nintendo Switch. It has a single player mode and the possibility of participating online both in a local network and through the Internet.

-Magic, the Gathering: In this case, it is a card game, probably the most popular in recent decades, in which you have to face your rivals using the characteristics of the characters whose cards you are handling. Free in its initial version, you will have to go through the box if you want to have better cards, as in the “analog” mode. It is only available for download on PC. 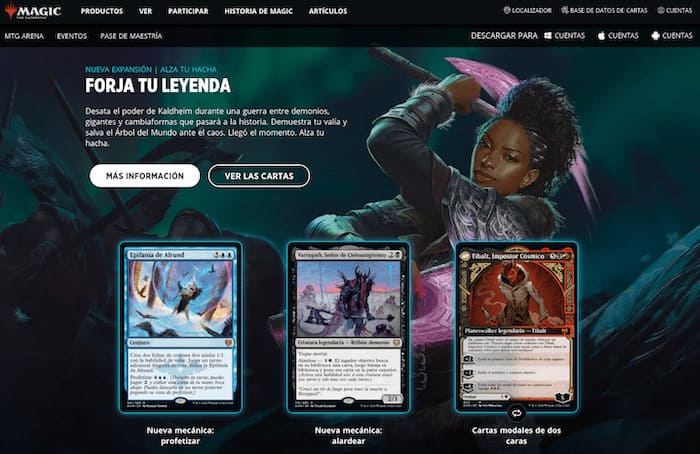 -Risk: Reference title in terms of military strategy and global dominance in turns. Free version that allows you to play against an artificial intelligence with five levels of difficulty or against five other players online.

It has several maps to select the scenario and even its own server on Discord to be able to have a conversation with the rest of the players while the game is taking place. It has versions for iOS and Android as well as for PC through the Steam platform.

-Scrabble: Classic game in which words are formed from pieces with letters that are distributed to the players, the one with the most points winning by assigning a score to each letter. It is the inspiration for Apalabrados, very popular in its version for mobile devices with online games. This is the official version of Scrabble, available only for mobile devices.

-Trivial: Since Trivial Pursuit appeared in the early 1980s, its board version became extremely popular, selling more than 80 million units. Its question and answer mechanics on different topics has generated variants in multiple settings, in the style of what was mentioned above about Monopoly.

In this case, the digital adaptation is based on online rooms where games are developed (in Spanish) created by the users themselves from a very simple interface (even somewhat outdated) but with effective operation. 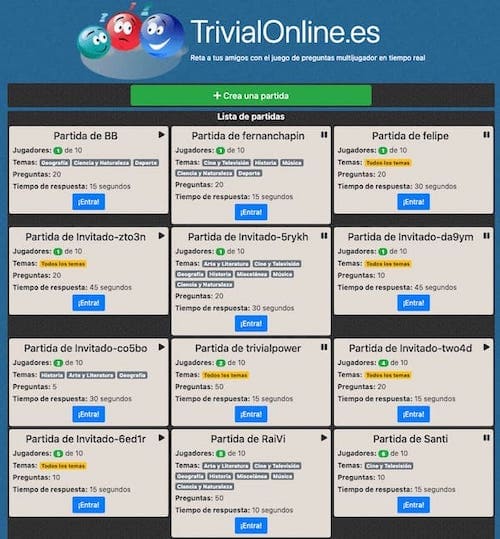 A 45-year-old man pays $2 million every year to constantly rejuvenate his body so...
Apple

"I am convinced that the metaverse will be the greatest industrial revolution of the...