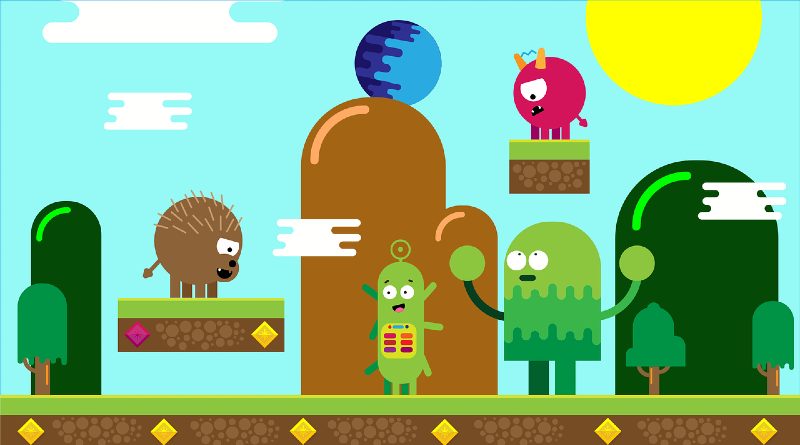 Developing a video game is not an easy task. Behind the great titles that we find in stores, there is a great development work, design and many hours of dedication. However, today it is possible to create video games without having to learn to program, since there are many applications that allow users to create games for consoles and apps.

The applications to create video games allow the development of games for various platforms without the need to know how to program or know programming languages.

In this sense, it is possible to find tools for many levels of experience and that allow users to create and publish their video games without having to invest large amounts of money. For those users who are looking for the best way to bring their creation to life, these are some of the best applications to create video games:

– “Unity 3D” (Windows, Linux and Mac): It is the most widely used video game creation engine in the world and on which games such as “Assassin’s Creed” or “Pokémon Go” have been built. Its free version allows you to develop games for PC, Mac and the web, thanks to a very complete visual editor that allows you to import 3D models, textures, sounds, etc.

– «Unreal Development Kit» (Windows, Mac and Linux): Developed by Epic Games it is the other king of video game development. Games like “Gears of War” or “Mass Effect” have been created with it. It is free and offers one of the most powerful tools for creating video games, although it requires certain programming and development knowledge, since it requires writing code.

–Alice(Windows, Linux, Mac): Open source tool developed by Carnegie Mellon University and used in some countries to teach programming in schools. “Alice” uses a Java base and a simple drag and drop environment to create 3D animations. It has many objects with which to create characters, settings and situations.

– «Scratch» (Desktop browsers): Like the previous application, it is developed with the aim of teaching children to program and create video games. It uses a visual programming language, with which you can generate animations and classic-style games such as “Super Mario” or “Pong”.

-“Stencil” (Windows, Mac and Linux): One of the best tools to create 2D video games for mobiles and browsers. It is an advanced application, with a very accessible interface and that requires some programming knowledge. It has a wide library of objects that facilitate the creation of games.

– «Game Maker» (Windows, Mac and Linux): This free application is somewhat more advanced and complicated, it is an IDE (Integrated Development Environment) that includes its own language based on GML. It has a large library of tutorials and an object, scenery and physics editor. It is designed for 2D games and allows you to install plugins with graphics engines and templates for certain genres.

– «Mario Builder» (Windows): “Mario Builder” not only features the original versions of “Super Mario” games, but allows users to create their own versions and scenarios to play and share with the community. The scenery editor is very easy to use and offers almost endless possibilities.

–“Roblox” (Windows, Mac, Android, iOS, Amazon AppStore and Xbox One): This is one of the most popular video games in the world, with more than 60 million users and whose main feature is its tool to create Roblox-based video games for sharing with other users.

– «3D Entity» (Windows): This tool is designed to create first-person shooter games, in the style of the classics “Doom” or “Quake”. It is a simple editor, «World Editor» style in which the user places blocks, adding characters, mission marks, enemies, etc.