Even with the taste of the Apple Watch Series 7 reservations and not being able to physically touch one yet, the rumors about the new Apple Watch Series 8 are already beginning. The watch that will arrive in 2022. The rumors have already started Some time ago about its functions, but now we have one about its new and possible sphere sizes. Up to three different ones could come.

Three different sizes but it is not known (yet) what size the new one will be. 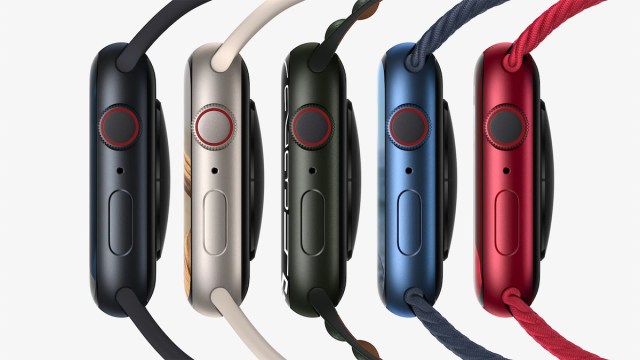 Ross Young, CEO of Display Supply Chain Consultants, has dropped a bomb through his account on the social network Twitter. “Would you like to see a bigger screen on the Apple Watch Series 8 in 2022?” “Don’t be surprised if there are 3 sizes next year …“

Don’t be surprised if there are 3 sizes next year…

Now, as you can see in the messages sent through Twitter, it is not said what sizes may come. So far we have two new measures in the Series 7. 41 and 45 mm. It seems that no, but it gets noticed and that is clearly seen in the new spheres that are coming and take advantage of the sides of the screen to display information.

Next year it could be even bigger with a third size that could revolutionize the Apple Watch, as we know it until now. It should be one size larger than 45mm. Standard wrist watches have those 42-45mm. There are up to 48 and they are already large watches. So a suitable size for a third measurement, it could be perfectly that 48mm. Thus giving the appearance of a large and robust watch.

A watch that would also be the right size to house the new functions that rumors also indicate will be present in the new watch. Analyst Ming-Chi Kuo has also weighed in on the features he thinks will be available on the “Apple Watch Series 8”. Kuo has said that he thinks it will include new health management functions in 2022, such as the ability to control a user’s body temperature.

We will be pending, because these rumors will increase as the days go by, although the opposite can also happen and disappear due to not having a solid base that accompanies these statements.