Continuing to make changes to its store, Apple has announced an update to its subscription policy for App Store apps that the company says will help make automatic payment renewals easier. However, it seems that this change will also mean that the applications will be able to change the prices of the subscriptions. without needing user permission.

Until now, under the previous policy, the App Store would ask users to re-subscribe to these apps when they increased their prices. However, with the new changes, it will allow developers to automatically charge higher prices, as long as they meet a set of conditions set by the company.

Also, these prices can only be increased once a year without the need for a subscription, which should help prevent scam apps from slowly increasing their price by a dollar or two every couple of months. 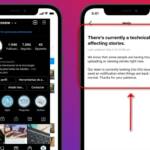 Instagram will notify users when there is an instagramdown

iOS biz people… Subscription price increase as mere NOTICE instead of having to confirm, else subs expires.

Is this new behavior for everyone or exclusive to Disney+? pic.twitter.com/zt7c15QcTA

Additionally, Apple has made it clear that it will not “abandon” its users. And it is that after this change, the company will begin to send a notification to users to inform them of any price increase in advance, both by email and through an automatic notification on their devices and messages within the applications in question, warning that they will be the ones who must unsubscribe before they are charged this new increased price.

Although Apple assures that this will help make it easier for users to manage their subscriptions by being aware of all price changes, there have been many users who see this change as a step backwards, forcing people with tight budgets to have They need to keep an eye on these changes to make sure they aren’t suddenly being charged higher prices than they can afford.

One of the great innovations included in the iPhone 14 Pro in what...
Artificial Intelligence

Bruce Willis retired from the cinema a few months ago due to...