Take screenshots with gestures in iPadOS 16 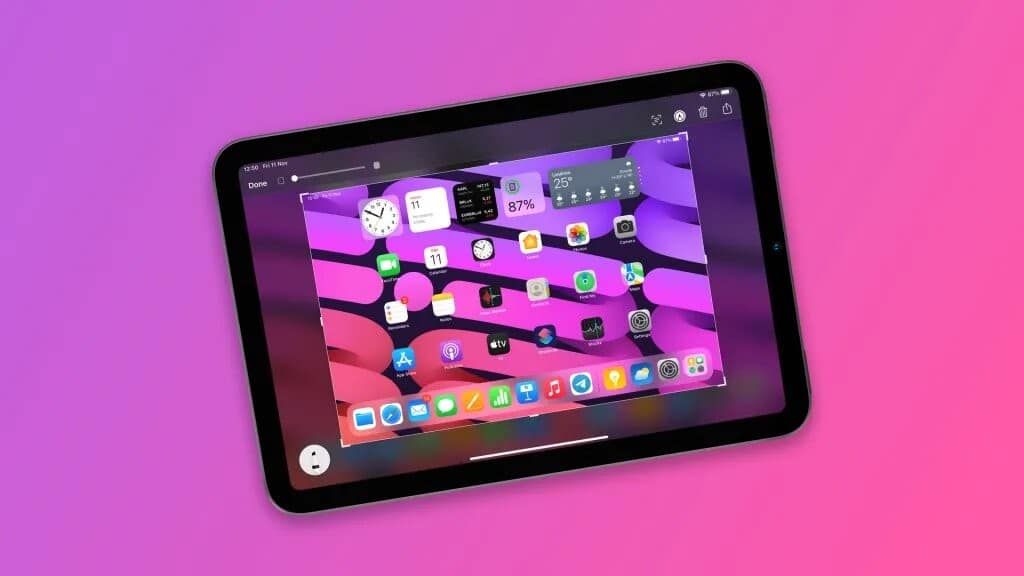 After a few years, it is essential for any device like iPhone or iPad to take a screenshot with simply an action of specific physical buttons. However, there are more current versions like iPadOS 16, where you can quickly take screenshots from your iPad without any combination of buttons. Below you can find out all the details to know how to take screenshots from your iPad with iPadOS 16 only with gestures.

As for ways to perform this action, it may be different or in some cases you may not find out how it is done. Although the most common ways to do it on the iPad is by pressing the physical buttons of the device. If you have an iPad with a home button, you’ll need to press it at the same time as the power button, then just release. Now, if you have any of the newer iPad models, you’ll just have to press and release the side button, as well as any other volume button at the same time. and voila, you will have a screenshot.

However, there are still other ways to take a screenshot, specifically there are two ways to do it on your iPad without pressing any button. In other words, with this method, it is enough to slide the lower left corner of the screen with your Apple Pencil and thus take a screenshot on your iPad. However, there is also a way to do this without having to have an Apple Pencil. Just make a gesture, then you will know how:

Activate some other gesture of your iPad

Thanks to said configuration, mentioned above, you will also be able to adjust some other gestures to be able to perform some other action on your iPad that is not taking screenshots. For example, you can slide your finger or, failing that, the Apple Pencil from the corner of the screen if you want to make a Quick Note.

In the same way, thanks to iPadOS 16 you can also have some classic multitasking gestures from the iPad. Thanks to these gestures, you can use between four or five fingers to switch between open applications or to return to the home screen. You can also disable or enable gestures just by going to the Gestures menu in the Settings app.

A cybersecurity firm has identified the use of malware on Android that leverages educational...
Microsoft