The famous halftime show of the American football final Super Bowl is no longer sponsored by pepsi this year, but by apple’s streaming service.

Apple is shelling out big bucks to compete in one of America’s premier sporting events — if not to the most important single-day sporting event in the world – to be staged on a large scale. As it became known on Thursday, the iPhone group has secured the position as the main sponsor of the so-called Halftime Show of the Super Bowl American football final. The next final game will be held on February 12, 2023 in Glendale, Arizona. 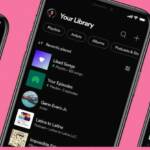 The Californian mobile phone, computer and tablet manufacturer is using it to advertise its music service Apple Music, which has now been around for more than seven years. The Halftime Show takes place during the Super Bowl break and features performances by well-known stars and celebrities. Before Apple, the shower manufacturer Pepsi was a sponsor of the event for years. Most recently, 120 million TV viewers watched the event, which included Eminem, Dr. Dre, Snoop Dogg, Kendrick Lamar and Mary J. Blige performed.

It was not officially commented on how much money Apple paid for the appearance. According to a report by the New York Times, the host, the National Football League (NFL), is said to have recently demanded $50 million. The sum is still considered relatively moderate: advertising during the Super Bowl, where Apple’s famous “1984” spot for the introduction of the Macintosh once ran, can now achieve up to 7 million dollars per piece (30 seconds). The Apple Music logo should be in the picture much longer. Apple also seems interested in an NFL broadcast package. The so-called NFL Sunday Ticket is said to cost up to $2.5 billion and could be broadcast on Apple TV+ – negotiations are said to be ongoing.

Apple Music is the “ideal partner” for the halftime show, writes the NFL in a press release. The sponsorship agreement will run for several years. The program is the “world’s most watched music performance”. Apple offers “the world’s best experience when listening to music with over 90 million songs,” says the football organization.

Both partners promise in advance “exclusive details and sneak peaks” for the event, which is now officially called the “Apple Music Super Bowl Halftime Show”. Apple will distribute the material through its @AppleMusic account on TikTok, Instagram and Twitter. “Music and sports have a special place in our hearts,” says Oliver Schusser, the German-born Apple Music boss.

I consent to external content being displayed to me. This allows personal data to be transmitted to third-party platforms (voonze price comparison). Read more about our privacy policy. 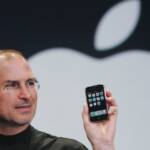 Xiaomi Smart Band 7 in the Techstage test: fitness tracker with 10 days of battery life Xiaomi has launched the seventh generation of the...

Xiaomi has launched the seventh generation of the smart band. The test clarifies how good...
Tech News

Epidermal Computing: How far the research in wafer-thin circuits is

Man and technology are getting closer and closer. The first adapted technical prototypes are...