Summary of the Honor news presented today at IFA 2022

Honor, which was once a Huawei sub-brand, operating independently for a few years, is also in Berlin, Germany, as part of the IFA 2022 technology fair.

There it has also presented a series of devices, including the new Honor 70, a mobile focused on video blogging enthusiasts, as well as Honor Pad 8, an affordable tablet and Honor MagicBook 14, the company’s first laptop to incorporate Honor Turbo, in addition to presenting MagicOS 7.0 as its new Android-based operating system, and Gateway to the Future, its new hybrid tourism experience with Augmented Reality (AR). 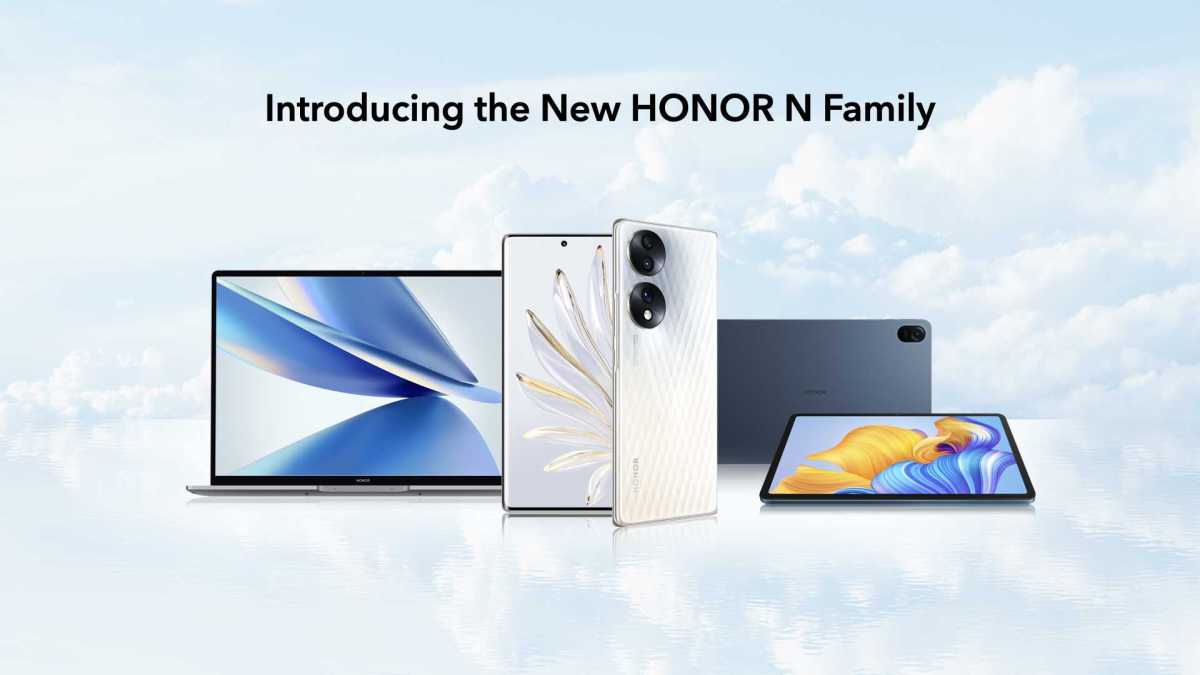 As we say, it is a model focused especially on video blogging enthusiasts. The company tells us that this model has the Solo Cut mode, which allows you to edit vlogs while keeping a specific person highlighted within a group thanks to people re-identification technology.

Making high-quality vlogging is easy with HONOR 70 thanks to its powerful dual main camera consisting of a 54 MP main camera with a large 1/1.49-inch IMX800 sensor and a 50 MP ultra-wide macro camera. The new smartphone uses the Qualcomm Snapdragon 778G Plus 5G processor and supports Turbo X GPU and Turbo X operating system, thus offering smooth performance and good response in various heavy tasks, including video editing for vloggers who they are always on the move.

The device also has a 6.67-inch FullHD+ AMOLED screen and a refresh rate of up to 120Hz, it is offered with 8 GB of RAM and 128GB or 256 GB of internal storage, in addition to bringing a 4,800 mAh battery with support for 66W fast charge. In addition to 5G connectivity, it also has support for WiFi 6 and bluetooth 5.2, it has an IP68 rating, and NFC support is missing.

It includes the HONOR Magic UI 6.1 user interface based on Android 12 and its price starts at 549 euros, being available from today in selected European markets.

The company has also introduced its first notebook to feature HONOR Turbo technology, which offers significant improvements in battery life by optimizing power usage by up to 20.8% compared to the previous generation.

According to the company, starting today in pre-sale in select European markets in space gray, arriving with the 12th generation Intel® Core™ i5-12500H processor, and can be configured with a dedicated NVIDIA® GeForce graphics card. RTX ™ 2050, allowing an average use of three and a half hours of productivity applications.

It is an affordable productivity and entertainment-focused tablet for students and young professionals, housing a 12-inch HONOR FullView 2K display with 87% screen-to-body ratio, plus eight built-in speakers for an immersive multimedia experience.

It has a 7250 mAh battery to offer autonomy of operation throughout the day, being available today in Blue Hour color in selected European markets. 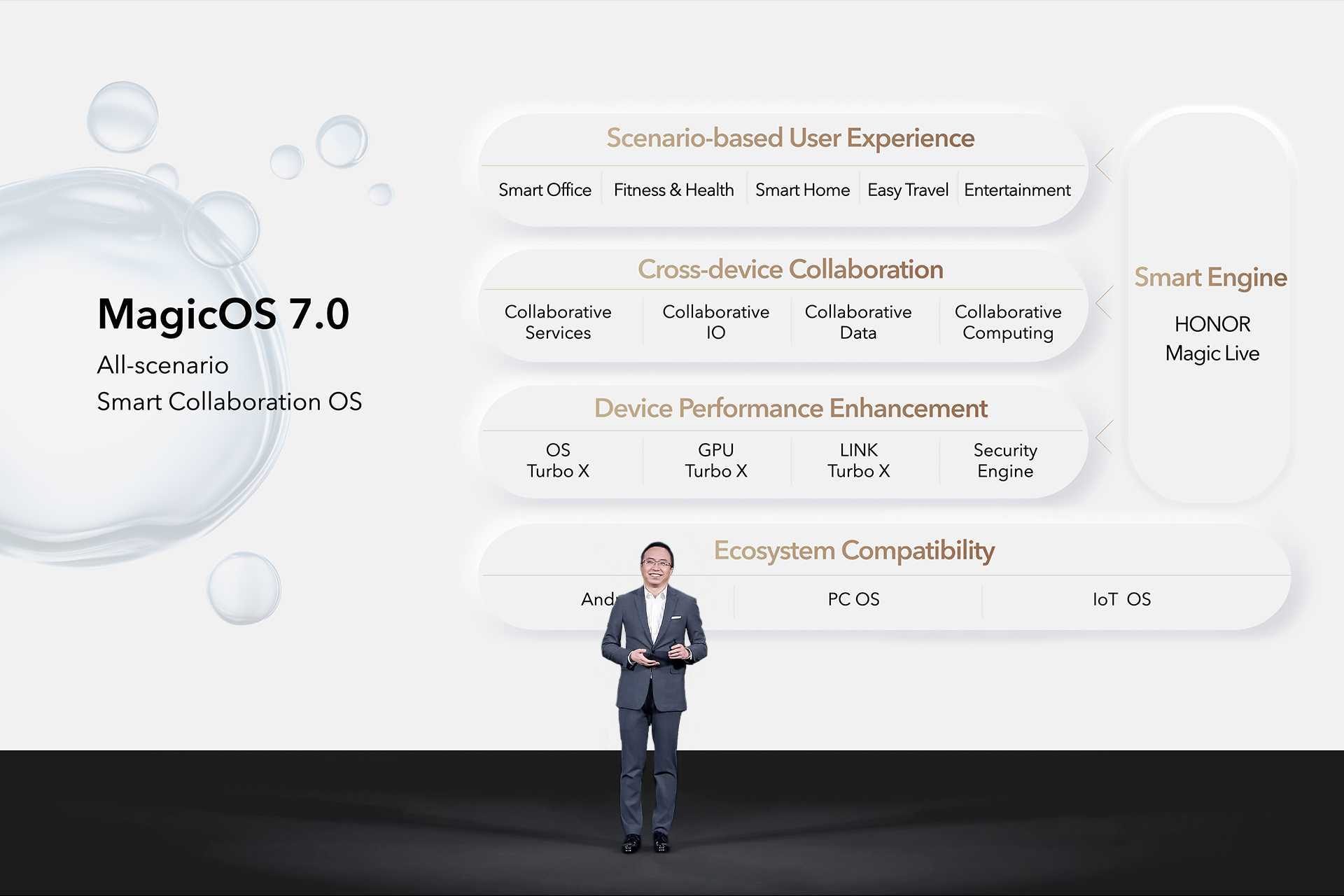 The company points out that its new operating system, which will be launched in the last quarter of the year, is aimed at offering a perfect experience on multiple platforms and devices, being based on Android and PC and IoT operating systems, so it will enable devices with different operating systems will be able to connect to MagicOS devices at the system level.

They also highlight that:

In addition to new user interface changes, MagicOS 7.0 will allow users to control an HONOR laptop, smartphone and tablet using a single keyboard and mouse. Thanks to this function, users can drag files between devices in a very smooth way, as well as write text on the smartphone or tablet with the keyboard of their laptop.

Gateway to the Future

And finally, Gateway to the Future is an Honor initiative that tries to complement traditional tourism with the metaverse, what they call hybrid tourism, through the use of immersive experiences based on Artificial Intelligence, Augmented Reality and Spatial Audio, to travel through the Cultural Heritage through a series of creations carried out with a series of artists, which allow, for example, to learn about the transformation of the port of Hamburg, a city where the company has launched the pilot of this initiative.

According to Bernd Paulowitz head of the UNESCO World Heritage in Hamburg:

Thanks to the advent of new technologies, such as augmented reality, it is now possible to educate and engage future generations of cultural heritage in new and exciting ways. We are therefore proud to be able to support HONOR’s Gateway to the Future initiative, which not only offers a celebration of the district’s importance to Germany, but also its exciting future as a global metropolis.