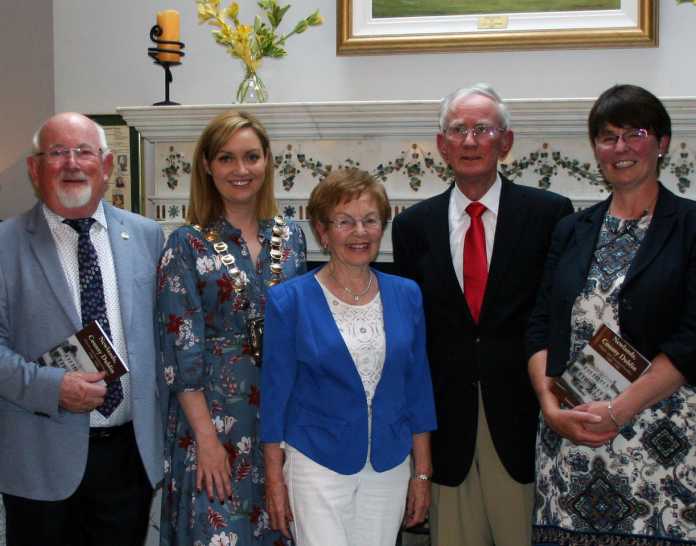 A new book which was funded under the County Heritage Plan was launched by Mayor Vicki Casserly on 20 August, during Heritage Week.

‘Newlands, County Dublin: Its History and Associated Families 1560-1960’ tells the story of the Newlands Demesne on the Belgard Road for over 400 years.  It highlights the diverse families and personalities that lived on the estate and who influenced local and regional life in politics, the church, industry, and economic development in this area.

The book is available for sale in the County Library, Tallaght at a cost of €10.

South Dublin County Council is one of four local authority areas in the Dublin region.

Bounded by the River Liffey to the North and the Dublin Mountains to the South, the County lies 16 kilometres south-west of Dublin city centre and has an administrative footprint of 223sq. kilometres. The County has nine main villages Clondalkin, Lucan, Palmerstown, Rathfarnham, Tallaght, Templeogue, Saggart, Rathcoole and Newcastle and is bounded by adjoining counties of Wicklow, Kildare, Dublin City, Fingal and Dún Laoghaire.

Dublin restaurants: Toastie favourite to open another shop in the city