In August of last year, Sony introduced important changes in the construction of PS5 that affected both the model with an optical drive and the digital version, and that allowed reduce the weight of both. At the time we were able to confirm that Sony had changed the original copper radiator for a smaller one, which made its new console lighter and also cheaper to produce, although it raised questions about its possible impact on the cooling level.

We also had the opportunity to assess this issue, and we saw that the reduction of the copper radiator had not negatively affected the CPU temperature, which was in fact better in the new models with that smaller radiator, but it did make the temperatures worse. of the VRM and of the memory, so it was evident that this movement of Sony it was not beneficial to the user.

The fact is that Sony has once again reviewed the design and construction of PS5, and has launched two new models that, at the moment, are only available in Australia, and that are identified as IFC-1200A (2022) in the case of the version with optical drive and as IFC-1200B (2022) in the case of the certainly unity version. So that you can better compare the different weights of each of the models that Sony has launched so far, I leave you with a detailed breakdown: 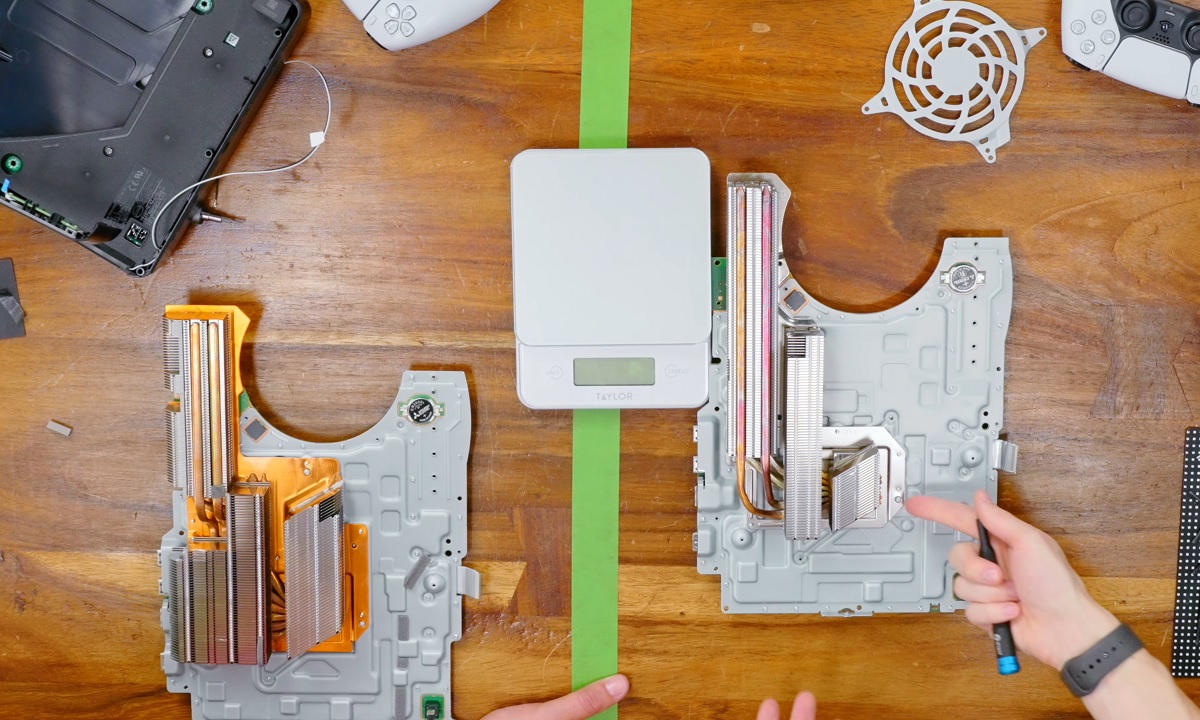 Why is Sony trying so hard to reduce the weight of PS5?

It’s very simple, for one question of costs and logistics. A reduction in the weight of the console typically involves the use of fewer materialsand that supposes a small saving that a priori may seem insignificant, but that when multiplied by several million units reaches a dizzying value.

Imagine that, with the first reduction of the PS5 radiator, Sony gets a cost reduction of three dollars per console, a reasonable figure considering the cost of copper. Said like this, it is little money, but if we multiply it by the 18 million consoles that it hopes to sell in 2022, things change, and a lot, since something so simple would have reported to the Japanese company annual savings of 54 million dollars.

It is also important to note that a lighter console also has beneficial effects on logistics, and can also help reduce these types of costs. Sony has not explained how it has managed to reduce the weight of PS5, but seeing the difference between the new models and the previous ones, it is clear that it will have had to make some important cuts, and that this will mean another cost reduction that will help maximize revenue per console sold.